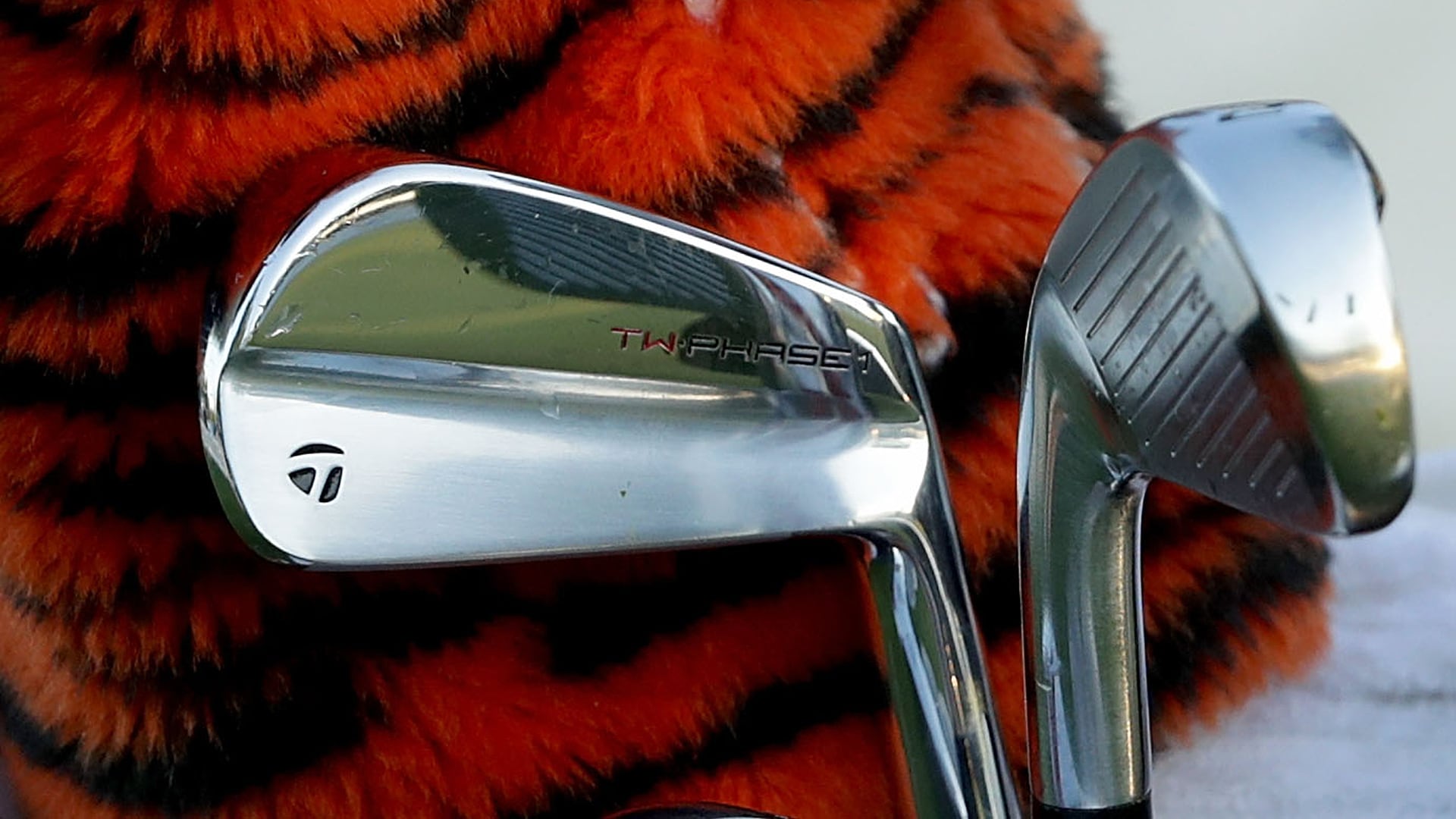 CHARLOTTE, N.C. – Tiger Woods announced via social media this week that he would be playing a new set of TaylorMade TW-Phase 1 irons at the Wells Fargo Championship.

According to a statement from TaylorMade, the muscleback irons have been in development with Woods and the company’s R&D team for some time and that the company is continuing to refine the clubs, which will eventually make it to market.

On Wednesday at Quail Hollow, Woods explained that the irons are similar to the model he played last December at the Hero World Challenge, which were marked with Tiger’s “TGR” logo, and feature the same bounce but with a slightly different back.

Woods said the key to the process was balancing his need for feedback with a desire to limit his practice in the months following fusion surgery on his lower back in 2017.

“I was trying to figure it out and I didn't want to spend so much time like I could in years past where I could hit a lot of golf balls in a day,” he said. “We had to be very cautious about how much we hit. So we had a testing process basically since December of last year and we finally got to the point where, yeah, I can put them in the bag and play.”

The timing could be perfect for Woods, who said he struggled with his iron play at the Masters.