Woods wins No. 82 at Zozo, ties Snead for most wins in PGA Tour history 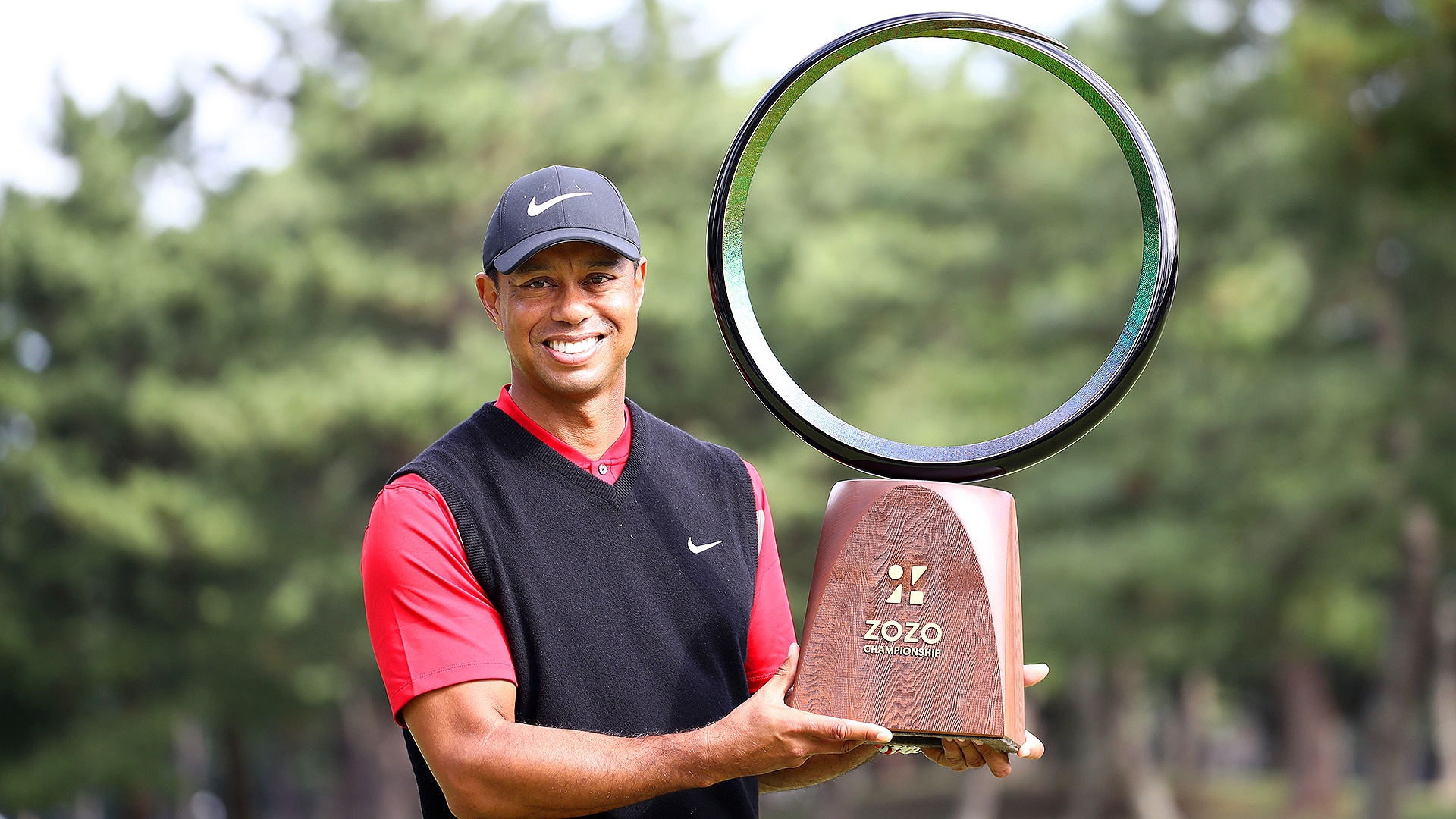 Getty Images
Tiger Woods of the United States poses with the trophy after the award ceremony following the final round of the Zozo Championship at Accordia Golf Narashino Country Club on October 28, 2019 in Inzai, Chiba, Japan. (Photo by Chung Sung-Jun/Getty Images)  -

What it means: In the first start of his 24th season, Woods has officially won as many Tour events as any man who has ever lived. What long seemed a formality became reality at an inaugural event contested 5,500 miles from where Woods captured win No. 1 in Las Vegas. Woods won’t play another Tour event in 2019. If he tees it up at his traditional yearly lid-lifter, the Farmers Insurance Open in late-January, Woods will vie for win No. 83 at the site of seven of his Tour titles.

Round of the day: Woods only played seven holes on Monday, and didn’t play those very well – at least to start. He bogeyed his first hole upon the resumption of play and missed an 8-foot birdie putt on his second (No. 13). But a birdie at the par-5 14th re-upped his advantage to three strokes and that was that. Woods parred Nos. 15-17 and closed with a birdie at the par-5 18th. As he has  done now 82 times on Tour, Woods did everything that was necessary in order to win.

Best of the rest: There was only one storyline of significance in the final round, but Im will quietly leave Japan a happy man. Last season’s Rookie of the Year closed in 65 to tie for third. It’s his second top-3 finish in six starts to the new wraparound campaign.

Biggest disappointment: Matsuyama birdied his final two holes Sunday night, prior to the stoppage of play, to cut his deficit to three strokes. After Woods’ sluggish start Monday morning, the local favorite had this 5-foot putt for birdie at the 14th to get within one. He missed.

Moments later, Woods birdied the same hole and Matsuyama’s fate was sealed. While that short miss was a disappointment, Matsuyama was not. He was the perfect supporting act for the Japanese faithful this week. He shot no worse than 67 over four rounds, but, like so many before him, he couldn't apply enough pressure on Woods when it mattered most.

Quote of the day: “I know how it feels to have this game taken away from you, where I couldn’t participate the way I wanted to. I’m just so happy and so fortunate to have this opportunity again.” - Tiger Woods

Shot of the day: Watch as the person recording this video quickly pans to the left to show you where the hole ACTUALLY GOES. Then watch the line Bubba Watson takes – not just down another hole, but through the trees.