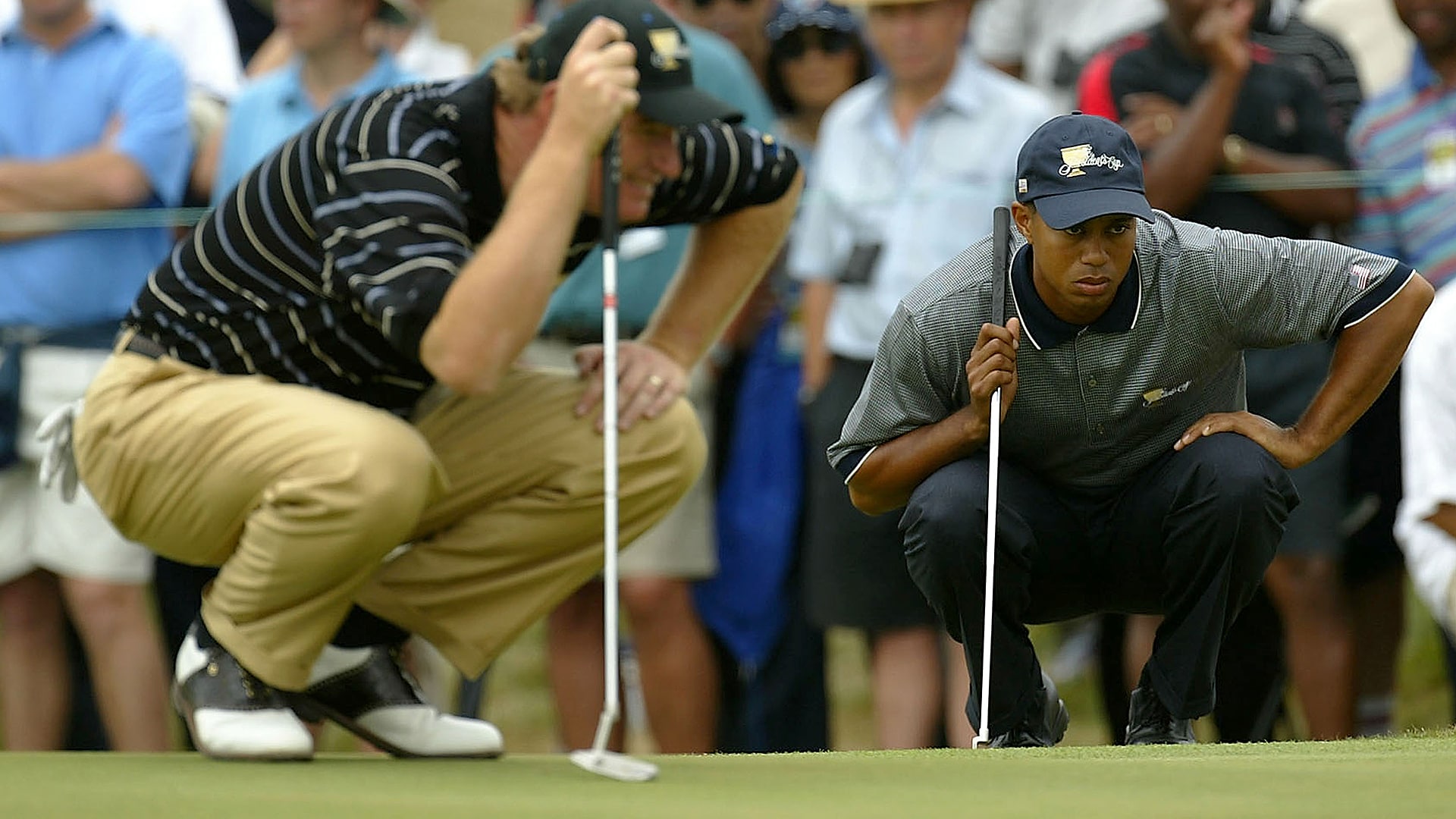 In this week's Rosaforte Report, the reported selection of Tiger Woods and Ernie Els as Presidents Cup captains for 2019 evokes memories of their putting duel in South Africa in 2003; Peter Kostis talks about Paul Casey and the virtue of aggressiveness; Patrick Reed justifies his sartorial homage to Tiger Woods and Liezl Els reflects on a decade of raising money for autism research.

There were no pretenses to Ernie Els being in the team room for the International side in last year’s Presidents Cup. Els told me at Liberty National last fall that he would like to follow in Nick Price’s footsteps and become the next International captain.

Making it even more of a dream is that Els gets to match strategies with Tiger Woods, his opponent in the all-time greatest moment in Presidents Cup history – their epic putting duel at Fancourt, South Africa, in 2003. The score was tied, 17-17, when Woods and Els began a sudden-death playoff. They halved the first two holes, and daylight was fading when Woods sank a 15-footer and Els dropped a 6-footer on top of him for another halve. Captains Jack Nicklaus and Gary Player decided to let the competition end in a tie.

While Els, who brings mojo with three victories and a course record (60) to Royal Melbourne. was a lock for his captainship, there is some second-guessing over Woods' selection. With a second-place finish on Sunday at the Valspar Championship in only his fourth tournament after back fusion surgery, it is foreseeable that Woods could make the 2019 team. Potentially, that could make Woods the first playing captain since Hale Irwin went 2-1 in a 20-12 victory over the Internationals at Robert Trent Jones GC in 1994.

As Nick Price’s protégé, Els brings cachet as a hall of famer and experience in eight Presidents Cups. Like Price, he’s extremely popular among his peers.

“Like Pricey, he’s a players guy. He mixes with all of us,” said fellow South African Louis Oosthuizen. “I think he will be an amazing captain.”

Els told me that remaining current with players is important, and to that end he will be playing more of an international schedule over the next two years as part of the education process with new players. As Els said about last year’s Presidents Cup, spending time “with the boys,” looking at the competition more as a captain than a competitor for the first time, “was quite an education.” 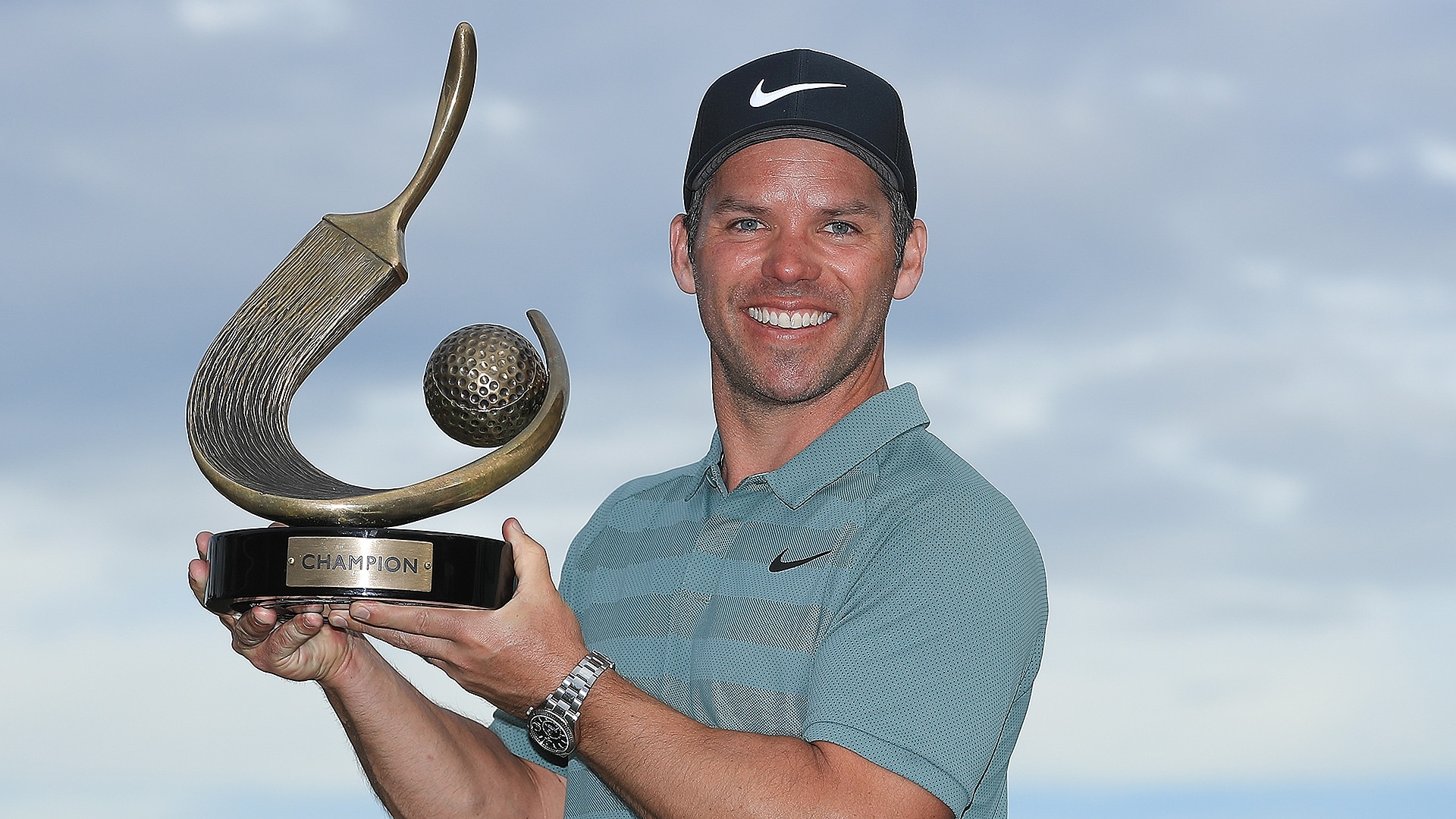 CASEY GOES FOR IT: Analytics have become a way that teachers teach and players play in this era of hitting shots and plotting strategy by the numbers. When Peter Kostis sat down with Paul Casey in the offseason, the conversation wasn’t so much about proximity to the hole as it was proximity to victory.

“You could even call it stupid aggressive,” Kostis said. “Confidence can paper over mistakes.”

The point Kostis made is that it’s more difficult to win in 2018 than it was in 2010 or even 2000, the sweet spots in Tiger Woods’ career. And as Woods was shown on Sunday at Innisbrook, playing to the fat part of the green will produce second-place finishes, but not victories like the one that Casey pulled off with a final-round 65.

As Kostis told me on Sunday, playing this type of golf required the highest levels of short game and putting, but it pays off. Casey was third in the field in strokes gained around the green.

“It’s a different game now in order to get in the winner’s circle,” Kostis said. “Somebody is going to play all out, hit the shots they need, posting the low score and they get the W.” 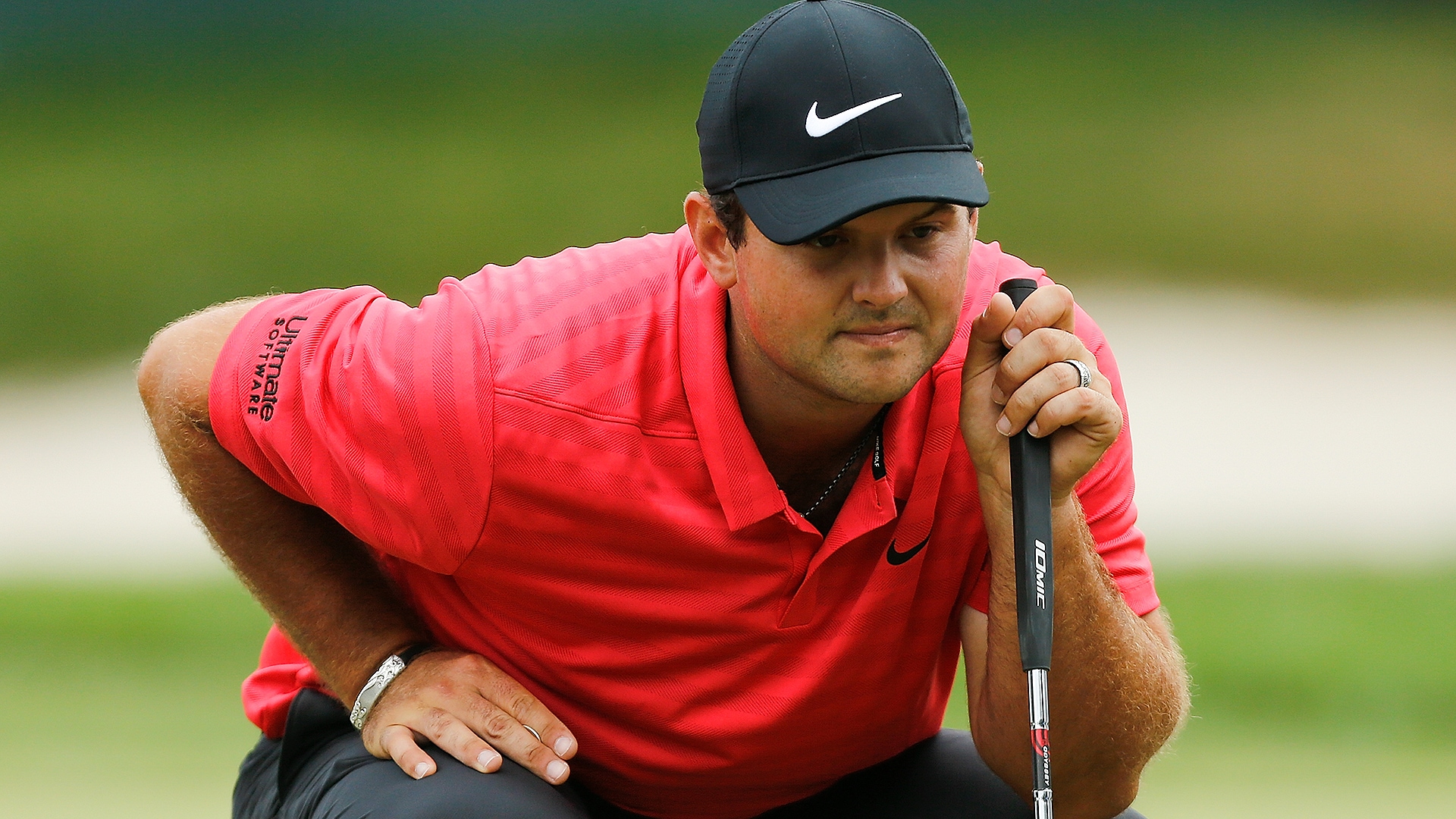 RED SUITS REED: There’s been some social media banter about Patrick Reed wearing Tiger colors and his Nike logo in the final round of the Valspar, as if it were sacrilegious. It turned out more than coincidental when they finished on the same number (275) and the same place (T-2).

Reed has been wearing Tiger colors since junior golf; he always thought it was cool to wear black pants and a red shirt on Sunday.

There’s also some karma in it. The first time he wore the red and black in a Tiger pairing was in the second round of the 2014 Hero World Challenge, when he shot 63. That performance and the way he played in Tiger’s pod at the 2016 Ryder Cup, were enough to justify the homage to Woods.

Reed was also justifying the Nike contract that pays him enough that he can afford to be a free agent in the golf equipment marketplace.

Reed has struggled since his epic battle with Rory McIlroy at Hazeltine. Before that, he won five times from 2013-2016, rising to No. 7 in the world – the closest he’s come to the days of comparing himself to a top-five player in the world after winning at Doral in 2014. It’s now been 24 starts without a win, but he worked on his game hard in the offseason and could emerge as one of Tiger’s partners for the Ryder Cup in Paris if he keeps trending.

“Yeah, it’s disappointing,” Reed said Sunday after his best finish since a second in last year’s PGA Championship. “But at the end of the day, back in contention, having a chance to win a golf tournament is always fun.” 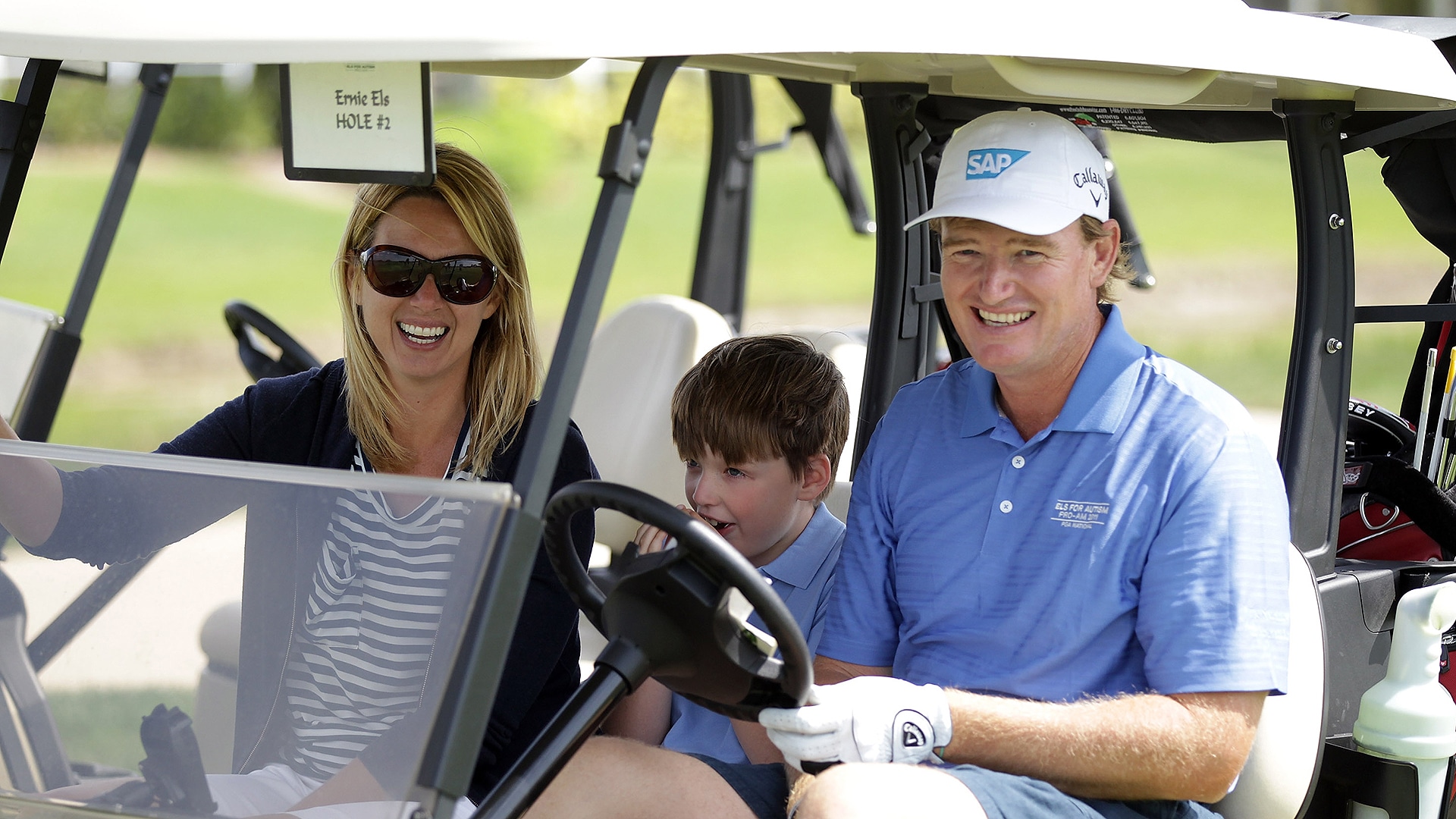 TEN YEARS OF AUTISM FUNDRAISING: Els was busy on Monday, working on a passion of his, and it wasn’t related to his new role as Presidents Cup captain. Ten years ago at the Valspar Championship, Els told the world that his son, Ben, had autism. He’s been working ever since raising money for the Els Center for Autism in Jupiter.

“Ernie was more than ready to have that discussion,” said his wife, Liezl. “He was the one sharing that. He knew it was time to share.”

Luminaries such as McIlroy, Price and Nicklaus were in attendance, pushing the fundraising to over $10 million in the decade since going public.

“For us it’s been such an unbelievable journey the last 10 years,” Liezl said. “It was such a struggle in the beginning to convince people, without land or a building, what we had in mind.”

What stands today is a 26-acre campus that features a fully staffed upper and lower school. And they wouldn’t have built the upper school unless Rickie Fowler made a $1 million hole-in-one in 2016 that kept the project going.

“It’s been a fulfilling and rewarding 10 years,” Liezl said. “The parents, the kids, the progress, and how grateful they are to have a facility like this that the kids can attend. We’re very proud of it and happy for all the happy faces we see.”