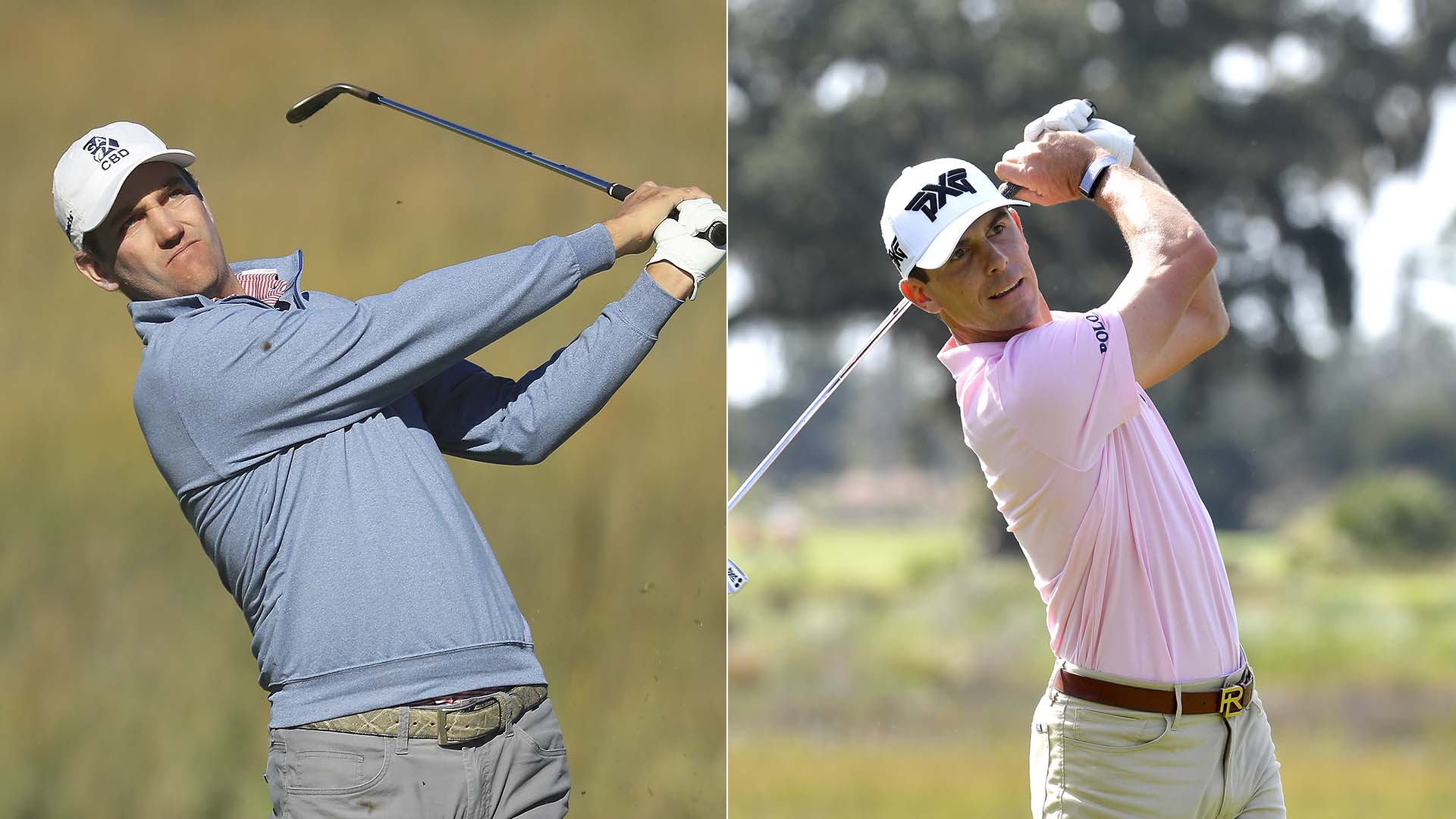 NAPLES, Fla. - Brendon Todd and Billy Horschel shot a 6-under 66 in modified alternate shot Saturday for a share of the second round lead on the QBE Shootout.

Rory Sabbatini-Kevin Tway (67), Harold Varner III-Ryan Palmer (70), Jason Kokrak-J.T. Poston (68) and Charles Howell III-Bubba Watson (66) also were 19 under. Ian Poulter and Graeme McDowell (65) were a stroke back. The tournament will close Sunday with a best-ball round.

Todd, the FedExCup points leader after victories this season at Bermuda and Mayakoba, ended up with Horschel when Brandt Snedeker withdrew because of an injured left ring finger.

''I knew when Brendon was going to be my partner when Sneds had to withdraw I got a better partner,'' Horshell said. Sorry, Sneds'', but Brendon's been playing really well, two wins, fourth-place finish. I was probably the happiest guy in the world at that point. I've known Brendon since college days, he's a great putter.

They had six birdies in windy conditions after morning rain at Tiburon Golf Club.

''Billy's hitting the ball really well, we're both putting two shots in the fairway,''Todd said. The tricky part is you're not putting every hole, so to get the speed of the greens down is just tough out there, but I think we ham-and-egged it pretty good.''

Lexi Thompson and Sean O'Hair were last in the 12-team field at 6 under after a 74.