Lewis gets to PGA Tour when he least expects it 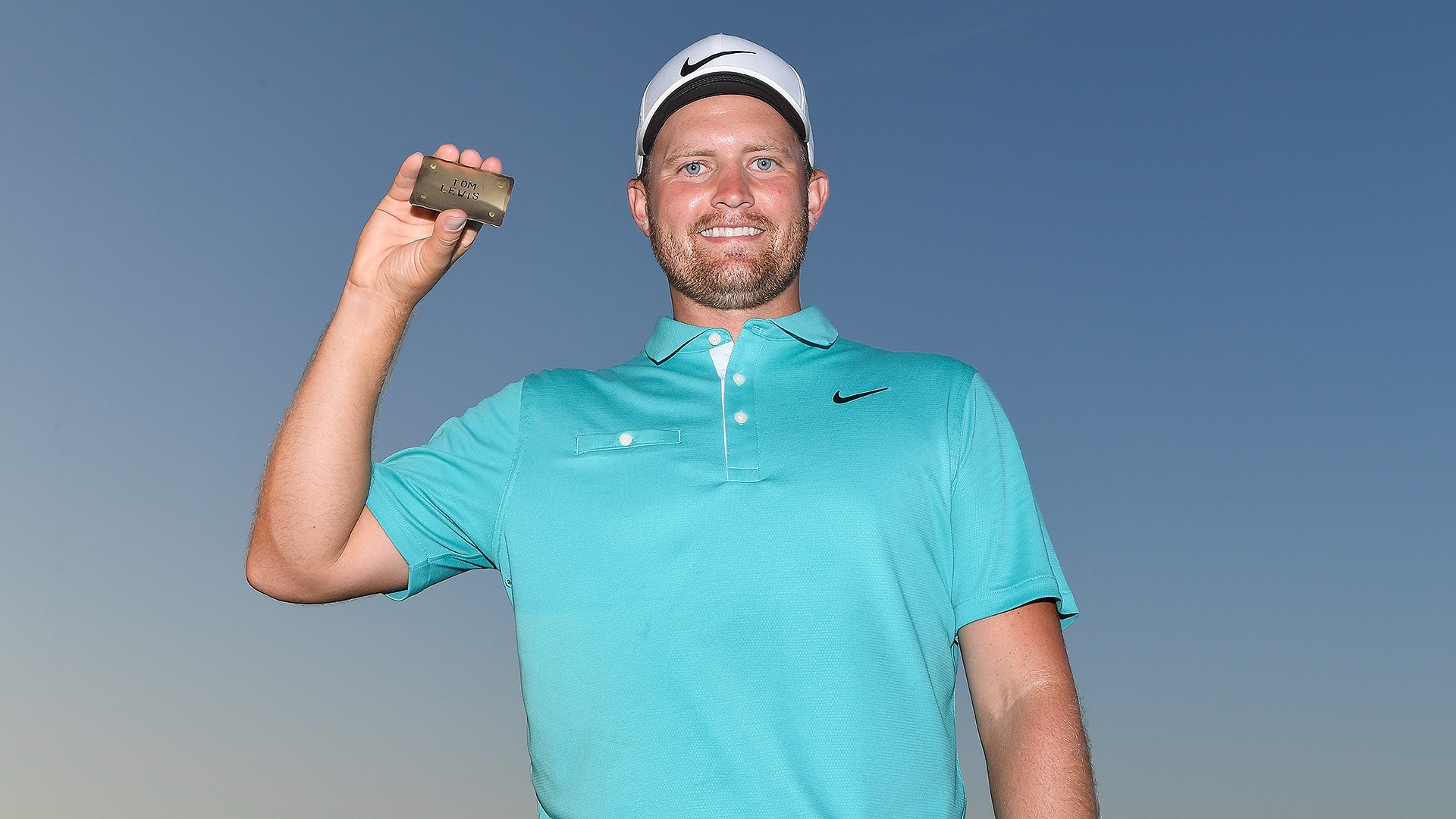 Tom Lewis of England says it was always his dream to play on the PGA Tour.

Lewis was in a Miami coffee shop Tuesday as he tried to figure out his next move. His coach, David Armitage, is at La Gorce Country Club in Miami Beach. He had a phone call scheduled with his London-based agent at IMG to determine how much time to spend in Europe and in America over the next few months.

This was one day after Lewis closed with a 7-under 65 to cap off a five-shot victory in the Korn Ferry Tour Championship at Victoria National.

It was his first trip to Indiana. It was his first time competing on the Korn Ferry Tour. And it was enough for Lewis to shoot up to No. 2 in the three-tournament series to earn a PGA Tour card for a new season that starts in nine days.

There were several milestones on the way to PGA Tour membership, and forgive Lewis if he didn't recognize the most recent, and perhaps the most important.

Six weeks ago at Royal Portrush, he closed with seven straight pars in severe wind and rain for a 1-under 70 in the final round of The Open. He moved up 18 spots into a tie for 11th, his best finish ever in a major.

The difference of one shot cost him a top-10 finish and an exemption into The Open next year at Royal St. George's, a links course that holds special meaning to him. It was in 2011 when Lewis, a 20-year-old amateur, opened with a 65 while playing alongside his namesake, Tom Watson, to share the 18-hole lead. It remains the lowest opening round by an amateur in The Open.

Only a few weeks later did he learn of another opportunity.

That tie for 11th carried just enough FedExCup points for Lewis to finish the equivalent of No. 196 in the standings. Players from Nos. 126 to 200 are eligible for the Korn Ferry Tour Finals, a series of three events that awards PGA Tour cards to the top 25.

''I never knew what that would bring,'' Lewis said. ''And then my management called me a few weeks ago.''


One of his goals for the year was to finish among the top 30 in the Race to Dubai, so the European Tour was his priority. Lewis did not think it was wise to give up as many as three weeks in Europe. But as he was finishing the Czech Masters two weeks ago, he asked if there was a mathematical chance at a PGA Tour card if he were to play the last Korn Ferry event.

One great week in Northern Ireland gave him an opportunity that wasn't even on his mind.

A better week in Indiana gave him a PGA Tour card.

The process took longer than six weeks, of course.

Lewis thinks back to the start of 2018, when he spent three months with Armitage in Miami Beach.

He had lost his European Tour card the year before and effectively had lost his way. The summer after he was low amateur in The Open, he turned pro and won in his third start at the Portugal Masters.

Just like that, he was billed as the next great player from England, and it didn't hurt that he came from the same golf club as Nick Faldo in Welwyn Garden City.

''I figured I would win every three weeks,'' Lewis said with a laugh.

Instead, he plummeted to as low as No. 728 in the world ranking and was relegated to the Challenge Tour. That time in Miami proved valuable.

''I do well when I work hard and practice a lot,'' Lewis said. ''Being able to come to Miami from January until March and work every day on my swing, I took a lot of confidence out of that. I qualified for both Opens that year and was able to get some confidence from that.''

It paid off when he won on the Challenge Tour, and then two weeks later won the Portugal Masters again (seven years apart) to regain his card.

Another milestone was the Saudi International in January, where he finished third behind Dustin Johnson. That got him into the top 10 in the Race to Dubai and made him eligible for the World Golf Championship in Mexico City. His world ranking climbed to No. 61, getting him into another WGC at the Dell Match Play.

The few FedExCup points he earned from those WGCs, along with The Open, wound up going a long way.

Where he goes from here remains to be seen. Lewis is 48th in the Race to Dubai – the top 50 make it to the season finale in Dubai. If he were locked into Dubai, he says he would play as many as the PGA Tour fall events as possible.

He's in a different place than the other 24 players who earned cards on Monday because Lewis has a choice of two tours. What they have in common, and what Lewis knows from experience, is that getting top status in golf is half the battle.

The hard work is keeping it. 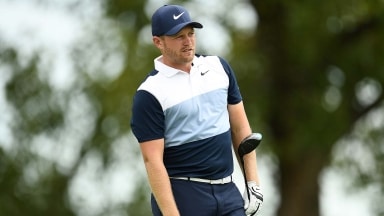 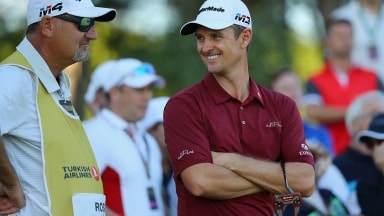 Defending champion Justin Rose has a two-shot lead halfway through the Turkish Airlines Open after consecutive 6-under 65s. 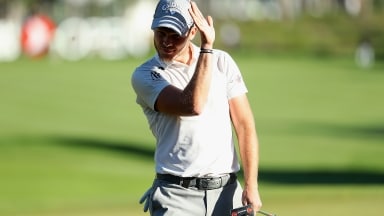 Willett, Lewis out for redemption at Turkish Airlines Open

After two rounds at the Turkish Airlines Open, the field took on a distinct redemption feel with Danny Willett and Tom Lewis just two strokes off the pace set by Justin Rose.