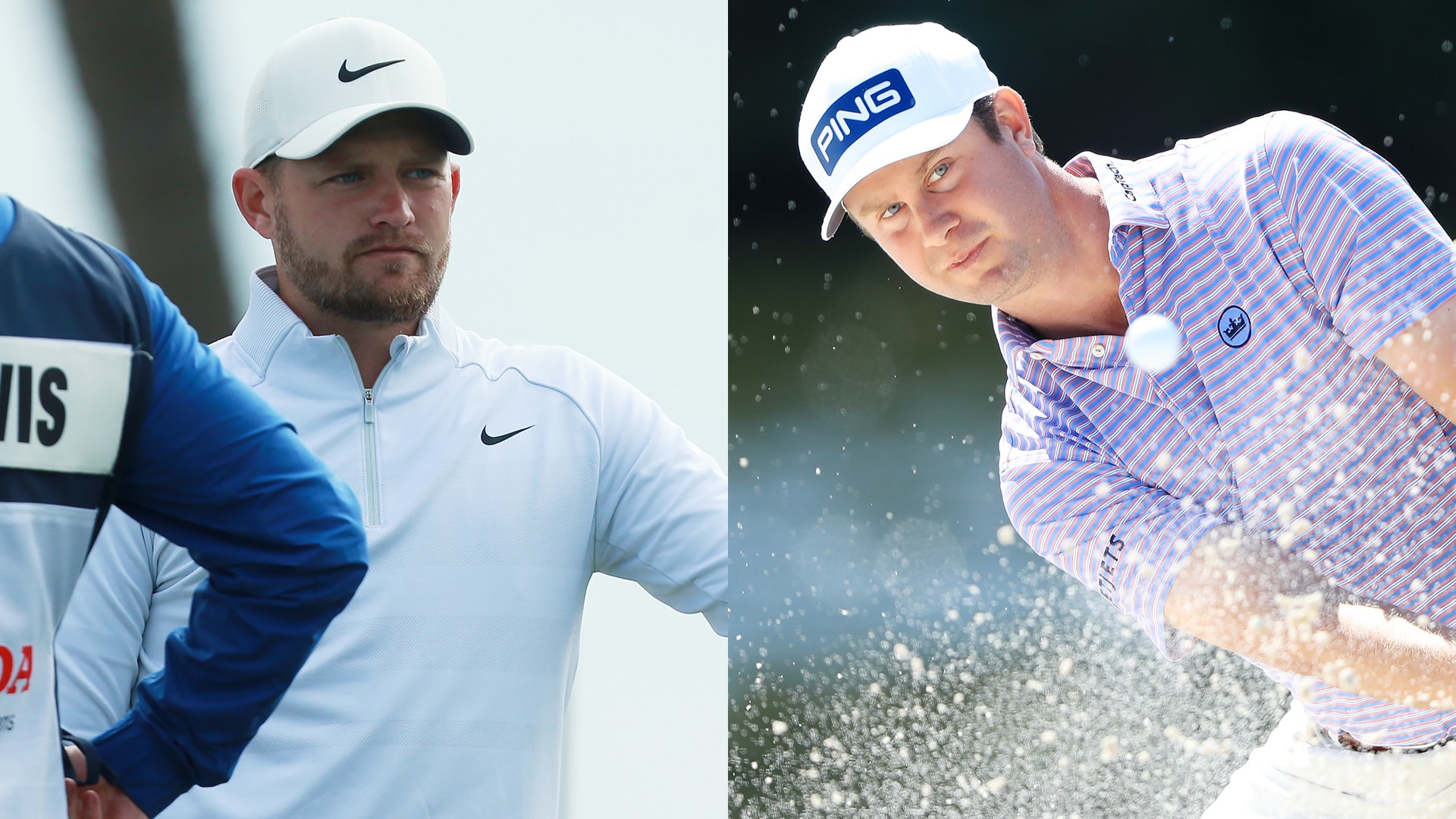 The winds were up Thursday at the Honda Classic, and the scores rose accordingly. Here's how things look after a difficult day at PGA National, where birdies were hard to come by:

What it means: Par was a good score in the opening round, where fewer than a third of the field managed to finish in red figures. Topping the list was English, who is seven years removed from his two PGA Tour wins but in the midst of a strong season, and Lewis, a European veteran who is playing his first full season in the U.S. this year.

Round of the day: English had a quietly stellar fall, racking up four finishes of T-6 or better, and he was T-16 in Phoenix in his most recent start. Now he's back in contention after carding his best-ever score at this event, a 4-under 66 that included an eagle and four birdies against two bogeys.

Best of the rest: Lewis won the Korn Ferry Tour Championship last fall to earn his PGA Tour card, and this represents the Englishman's first start in the States since the Houston Open in October. He's on the cusp of a top-50 ranking in the world that could net him a Masters bid in a few weeks, and he grabbed a share of the lead by carding the only bogey-free round of the morning wave, highlighted by an eagle on the par-5 third.

Biggest disappointment: The carnage was abundant at PGA National: former champ Rickie Fowler opened with a 6-over 76, while last week's winner, Viktor Hovland, was one shot higher. But the biggest head-scratcher may have been Brooks Koepka, as the highest-ranked player in the field struggled to a 74. Koepka made a double bogey on No. 9, a triple bogey on No. 6 and is in danger of missing the cut despite rolling in three birdies.

Main storyline heading into Friday: It's a bunched leaderboard near the top, with 10 players separated by just two shots. Of that group, keep an eye on a pair of veterans: Westwood, who won earlier this year on the European Tour, and Johnson, whose recent drought includes just one top-10 finish in his last 40 starts on Tour.

Shot of the day: While Nos. 15 and 17 caused plenty of issues for players, Matt NeSmith made the most of a par-3 on the other side. NeSmith made an ace on the 186-yard fifth hole en route to a 1-over 71.

Quote of the day: "There's a lot of water out here. So if you're going to find the water twice in one hole, you're going to make some big numbers." – Koepka, who hit two balls in the water en route to his triple on the par-4 sixth. 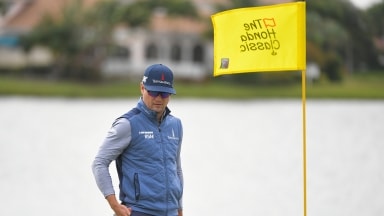 Zach Johnson used his typical fairways-and-greens approach to shoot 3-under 67 Thursday at the Honda Classic.