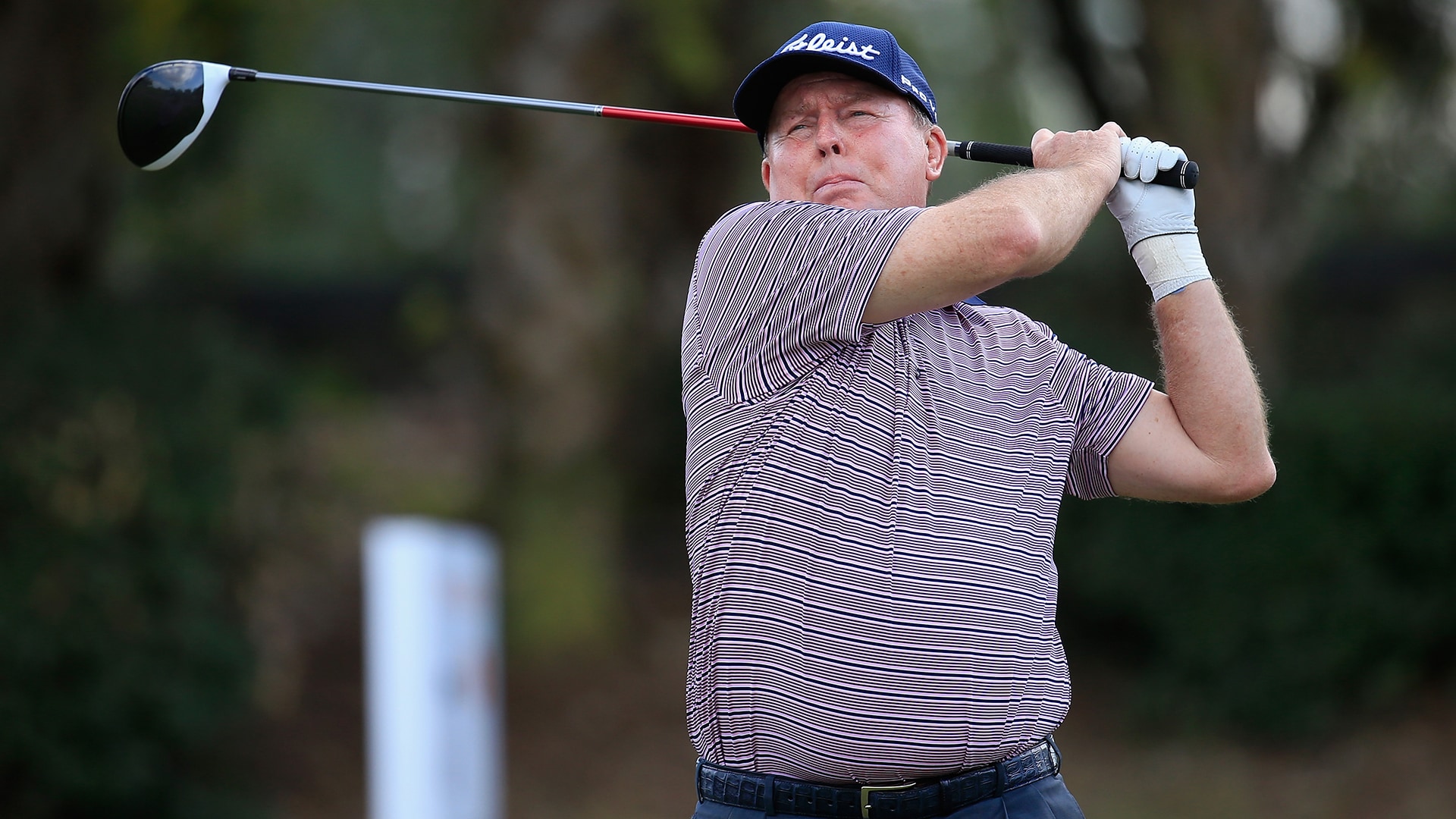 RIDGEDALE, Mo. – Tom Pernice Jr. and Scott Hoch stretched their lead to three strokes Saturday in the PGA Tour Champions' Bass Pro Shops Legends of Golf, shooting a 6-under 48 on the Top of the Rock par-3 course at windy Big Cedar Lodge.

A day after opening with a 9-under 62 in best-ball play at Ozarks National to take a one-stroke lead, Pernice and Hoch had five birdies in modified alternate shot in their first trip around the par-3 layout. They had two birdies and a bogey in strong wind in the best-ball second nine.

''I thought after we played so well on the alternate shot, which is much tougher usually, that the way we were hitting it we were still going to do pretty well playing best ball,'' Hoch said. ''It got brutal out there and I found out or we found out that wasn't the case. We had to make some really good up-and-downs to keep our score where it was.''

The 59-year-old Pernice has five victories on the 50-and-over tour. The 63-year-old Hoch has three senior victories.

''The conditions were so tough out here, we were just hoping to hit some good, decent shots, end up the right distance and maybe have some chances,'' Pernice said. ''We got our way around the last nine holes. We played really good the first nine and alternate shot really helped us for the day.''

Jesper Parnevik-Jeff Maggert and Paul Goydos-Kevin Sutherland were tied for second after their rounds at Ozarks National.

''We both kind of had some bad holes, but we both had a lot of good holes,'' Maggert said. ''I think we both probably would have shot under par on our own ball today.''

''That was crazy. That was crazy wind,'' Sutherland said. ''At times it was blowing insanely hard. But, you know, I played really well today and got a lot of easy birdies early and sometimes you can just feed off that. It was a good day for us.''

Roger Chapman and David Frost were 11 under after a 51 on the par-3 course, the site of the final round Sunday. 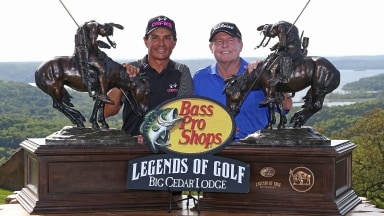 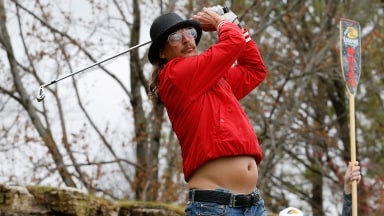 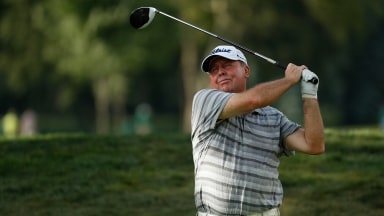