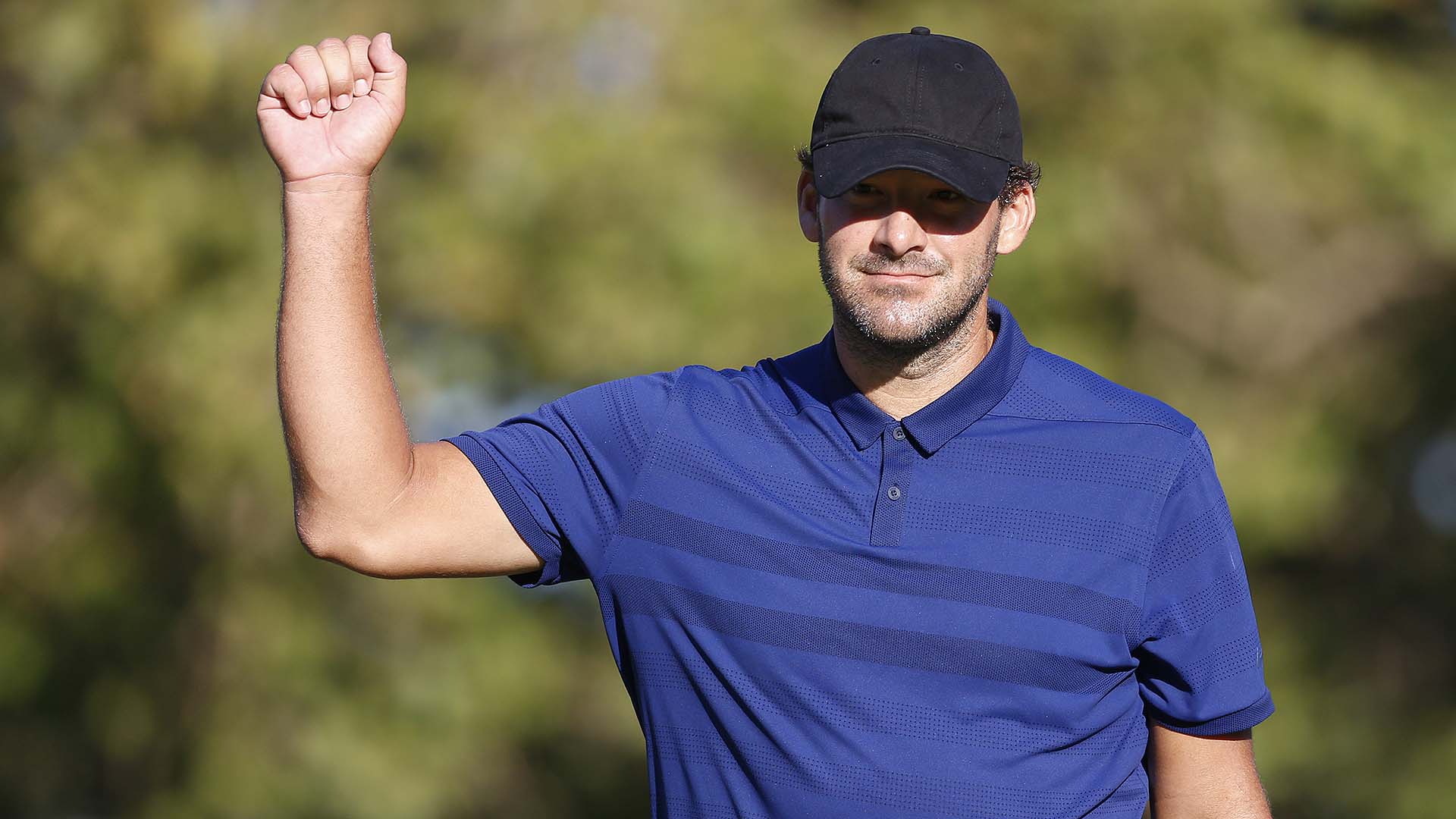 The former Dallas Cowboys quarterback and current NFL analyst for CBS is currently slated to be in the announcers’ booth Sunday when the Minnesota Vikings visit the Chicago Bears. But he might have to call an audible if he continues on his current pace, as the 39-year-old turned some heads with a 2-under 70 in the opening round of the Safeway Open.

Romo is the ultimate longshot this week, listed at 50,000-to-1 to win according to the Westgate Las Vegas SuperBook. His previous record while playing as an amateur on a sponsor exemption is less than sterling: three missed cuts in three starts, with no score lower than a 74 at the AT&T Byron Nelson in May.

But that changed Thursday in Napa, where Romo rolled in a 50-footer for birdie on his first hole of the day and birdied each of his final two holes to get into red figures and move inside the top 20 after the early wave.

“Every time I play in one of these events, get lucky enough to get an exemption, I kind of get a chance to see what you’re not good at,” Romo said. “Very apparent it was putting over the last year so just a lot of work put into it. I’ve been putting well, so it was nice to come out here and keep that going.”

It was a stark change for Romo, a plus-1.1 handicap who has spent most of his time in three previous Tour starts lingering near the bottom of the leaderboard.

Friday will mark the first time that Romo enters the second round at a Tour event with realistic hopes of making the cut. How does he view the prospect of staying the weekend in Napa and potentially causing a late switch in the CBS booth for Sunday’s football coverage?

“It’s a good problem to have,” Romo said.