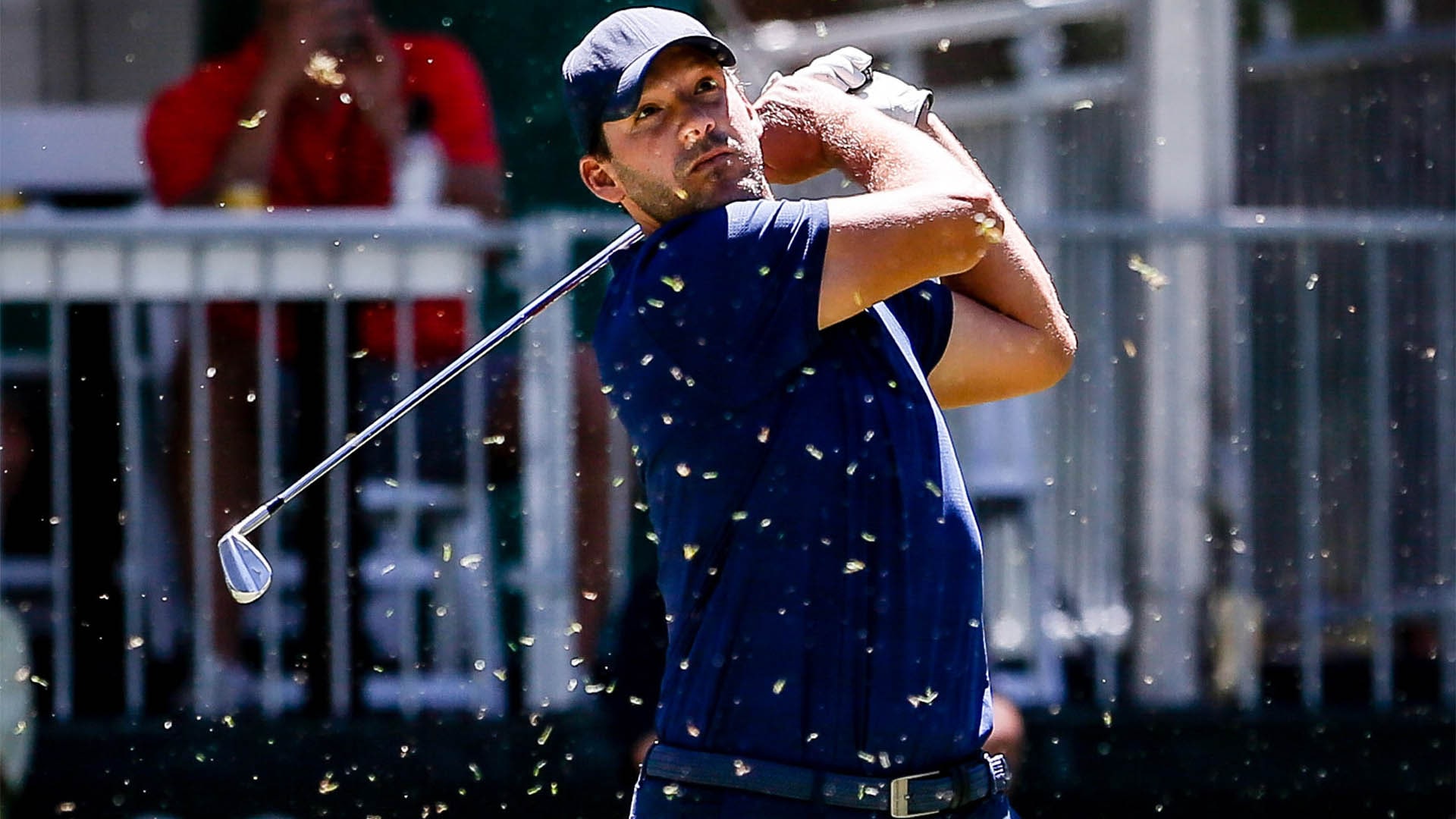 NAPA, Calif. – Tony Romo is set to return inside the ropes, although this time he’s having to balance PGA Tour golf with his day job.

The former Dallas Cowboys quarterback is playing this week’s Safeway Open as an amateur on a sponsor exemption. It’s the fourth such exemption for Romo, who plays to a +1.1 handicap, and his third Tour appearance of 2019. He has played in the Dominican Republic each of the last two years and also teed it up in the AT&T Byron Nelson in May.

But this is the first time that tournament golf has conflicted with Romo’s full-time gig as an NFL analyst for CBS, which has him traveling from one stadium to the next for much of the fall. While the football work means he has had less time to practice than he otherwise might in the spring or summer, his game has still received plenty of attention in recent weeks.

“This has been on my radar for a while, so trying to get the game ready for this. For me, it’s like a major,” Romo said. “I feel comfortable. The more times you’re out here, the more comfortable you feel.”

Romo played as an amateur in Wednesday’s pro-am, rounding out a group that also included world No. 6 Justin Thomas. He’s hoping that he finds more success at Silverado Resort & Spa than he has his first three Tour appearances, where he averaged 78 strokes per round and broke 75 just once, shooting a second-round 74 at his home course of Trinity Forest.

“Every time I play in an event, it basically shows me what I need to practice and what I need to work on,” Romo said. “We found a pretty significant move (after the Nelson) that I needed to change, and it’s starting to feel more comfortable. Just changing the motor pattern. Recently my scores have come way down, so hopefully that will show this week.”

Romo hasn’t come close to making the cut in his first three Tour starts, and his weekend plans currently call for him to be in the announcers’ booth when the Minnesota Vikings visit the Chicago Bears Sunday afternoon. But he’s retaining a glimmer of hope that those plans might need to be overhauled thanks to two good rounds in wine country.

“If you make the cut, you’re playing golf on Sunday,” Romo said.