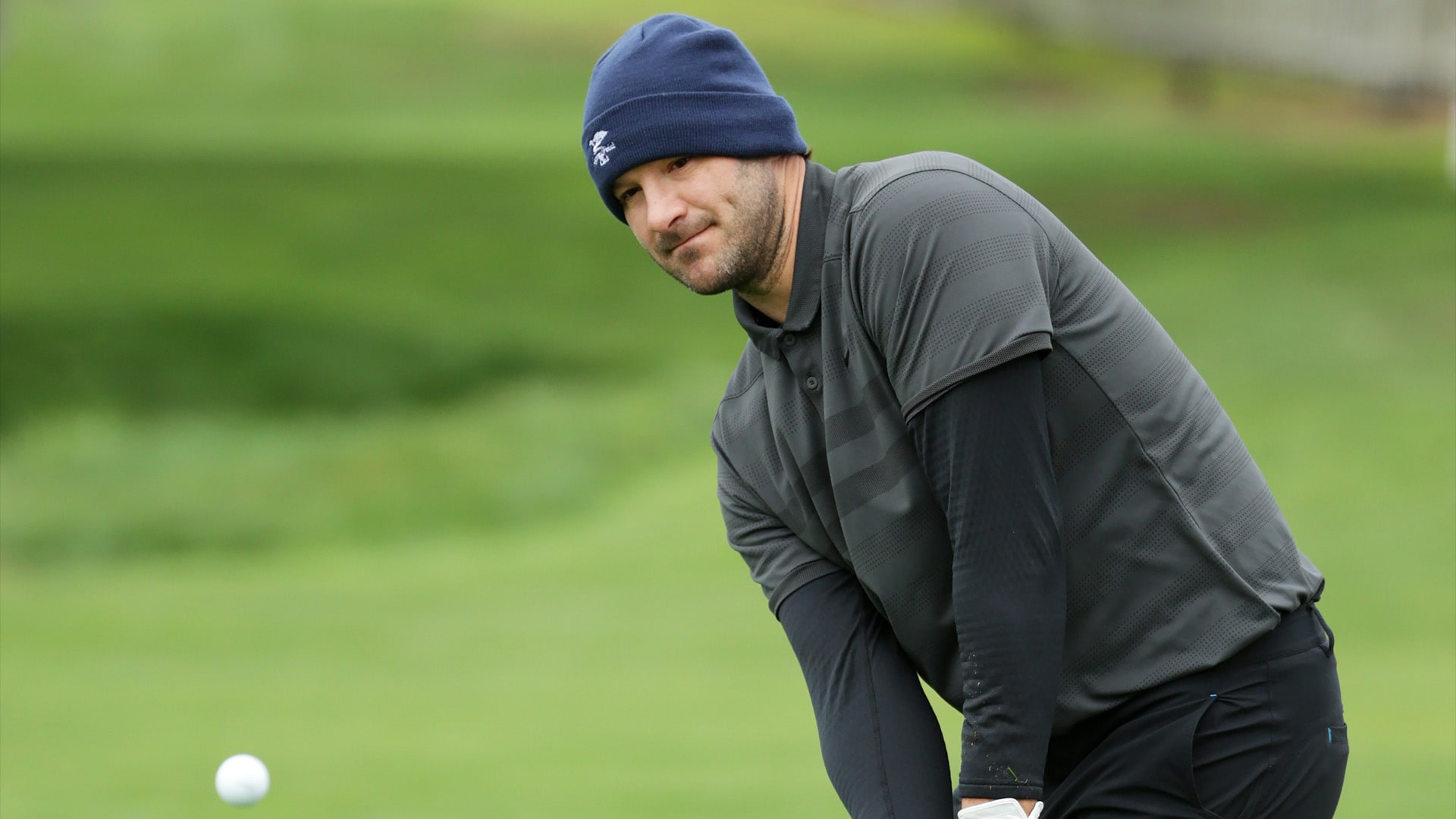 Just one day after stunning the golf world with an amazing shot from a hospitality tent at the AT&T Pebble Beach Pro-Am, Tony Romo has withdrawn from the event citing a “commitment at home.”

As reported by CBS, Romo is going home to attend the funeral services for Wade Wilson, former Dallas Cowboys assistant coach and NFL quarterback. Romo played for the Cowboys from 2003-2016.

Romo was paired with Jim Furyk for the Pro-Am and they shot 70-65 in their first two rounds. Trent Newby will take Romo’s place alongside Furyk.