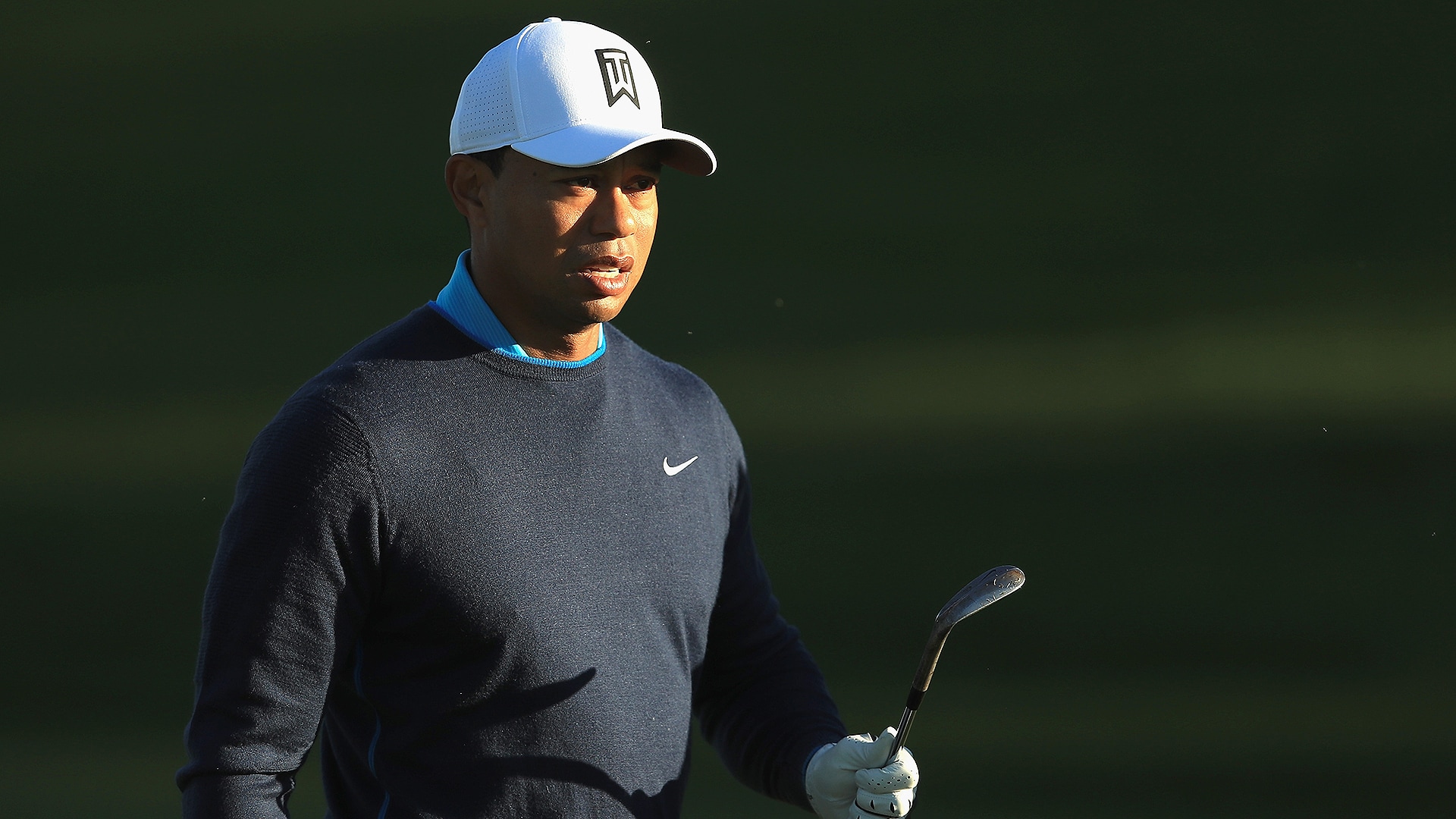 SAN DIEGO – PGA Tour players rarely agree on anything, but on the eve of another Tiger Woods comeback, this much is indisputable: They all want to see him play well.

Sure, a competitive Woods is “good for the game” and helps “moves the needle,” but players have their own selfish reasons to root for his success this time – and they’re split along generational lines.

The Tour’s 20-somethings grew up watching Woods’ dominance from the couch. They copied his every move, and absorbed his killer instinct, and now they’d relish the challenge of facing off against their in-form idol.

The old guard? Oh, they’ve seen Woods’ dominance up close, had their careers stunted by him. Now it’s someone else’s turn to be humbled.

The potential for that generational clash – that a rebuilt Woods could challenge the talented, fearless and scarless young players he helped create – is easily the most tantalizing storyline of 2018.

“I would love to see his former glory days,” Bryson DeChambeau said, “and then try to compete against him when he’s at the top.”

Woods hasn’t been at the top since 2013, when he won five times. It was the last time he was healthy, the last time golf came easily.

His last victory came in August of that year. To put that in perspective: Jordan Spieth had just won his first Tour title; Justin Thomas was a month away from turning pro; Jon Rahm was entering his sophomore year at Arizona State; and Dustin Johnson was merely a talented tease, kicking away majors and never winning more than twice in a season.

By the time they finally asserted themselves, Woods was deep into his free fall. Thomas and Rahm have never played with Woods in Tour competition, while Spieth and Johnson are a combined 7-1-2 against him in head-to-head rounds since 2013.

No one is expecting the results to be so lopsided anymore.

While preparing for the Hero World Challenge, Woods played practice rounds with Rory McIlroy, Rickie Fowler, Johnson and Thomas near their homes in South Florida. Thomas predicted that fans were going to be “shocked” by the quality of Woods’ game, and indeed they were: Showing speed and power with his driver, control with his irons, steadiness with his putter and, most importantly, no limitations with his surgically repaired back, Woods tied for ninth in the 18-man field to ratchet up expectations for this year.

Even after so many aborted comebacks, the intrigue is impossibly high.

Patrick Reed was preparing for his pro-am round Wednesday at Torrey Pines when he asked a reporter about Woods’ round.

Indeed, the scandal, arrest and embarrassing play may have irreparably damaged Woods’ aura, but there’s no discounting his continued appeal to the younger generation.

“A lot of us dreamt about having the opportunity to walk the back nine with Tiger in contention and have a battle, head to head,” Rahm said. “It would be something amazing for any of us.”

Bryson DeChambeau met Woods for the first time in the Bahamas and swapped phone numbers. In his prime, Woods kept most of his competition at arm’s length, but in recent years he has mellowed, been more eager to share his secrets. He agreed to meet up for an early nine-hole round Tuesday.

“We legitimately want to see him do well, 100 percent,” DeChambeau said. “Why wouldn’t you? It’s such a unique experience that we never got to get. We want that challenge. We want to see how great his mental game actually is.”

Zach Johnson, of course, is part of a generation that already knows. Two months younger than Woods, Johnson has played his entire career in Woods’ considerable shadow but still managed to win 12 times, including two majors. Now, Johnson can’t help but chuckle at the young players who say they’d like Woods to return to form, so they can experience it.

“Truth be told,” Johnson said recently, “I’d love to have these young guys that are dominating the game have a piece, just one year of what we experienced.”

Maybe that’s unrealistic, a 42-year-old turning back the clock and turning away players who are younger, bigger, stronger, hungrier.

But make no mistake: The young and the old, the naïve and the wise, they both would love to see it happen.