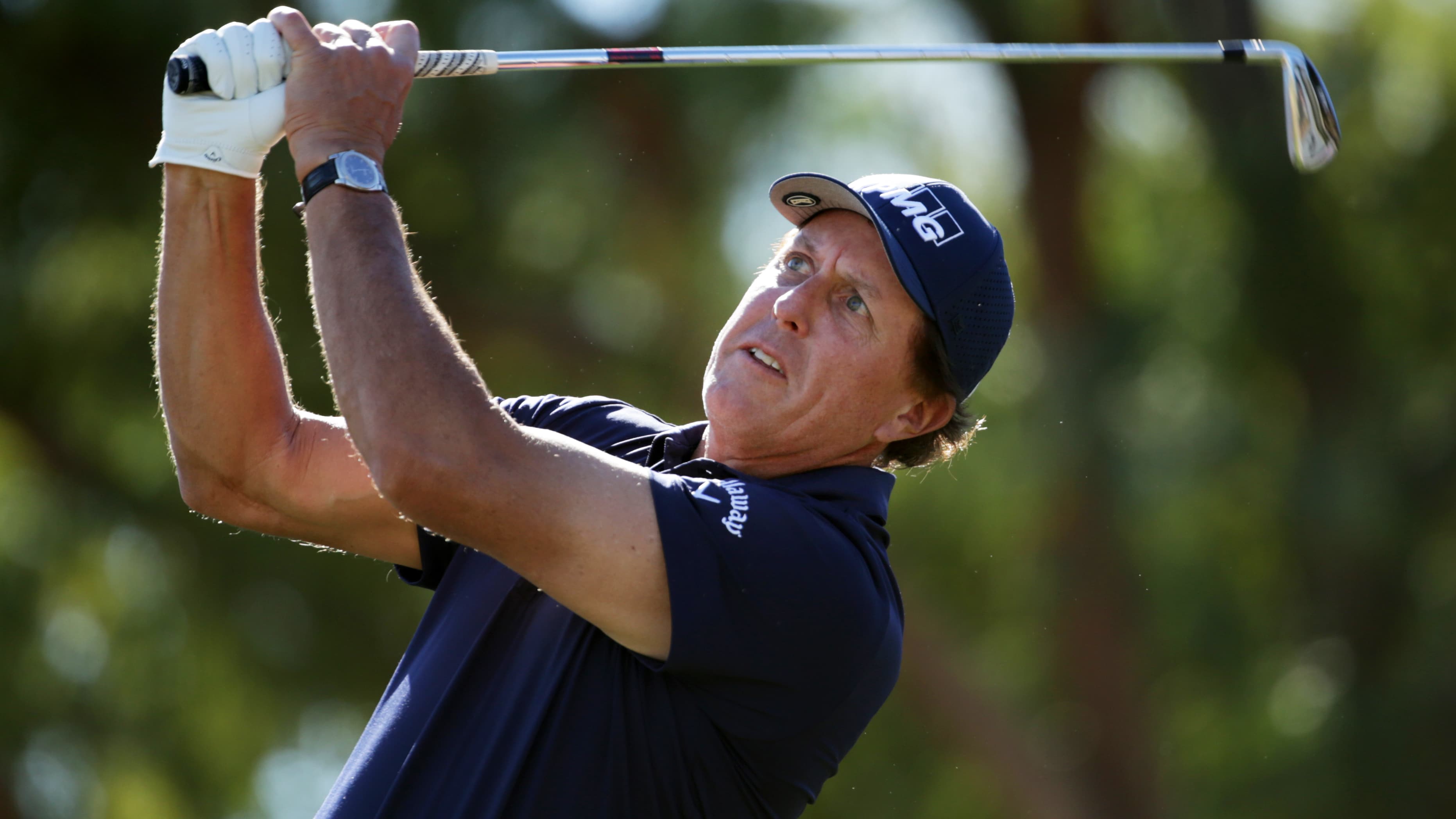 Entering his first tournament of the new year, Phil Mickelson was optimistic.

“I'm excited to start the year,” said Mickelson, who spent the offseason losing 15 pounds thanks to diet and fitness regimens. “I'm curious as probably anybody is to see how well I play. I think I've tried to address a lot of weaknesses or areas that needed to improve and my motivation is back – this is the best I've felt in years, maybe even decades – and physically there's nothing holding me back from playing some of my best golf.”

Even after an opening 70 at La Quinta Country Club, one of The American Express’ three courses and typically one of the PGA Tour’s most gettable layouts, Mickelson stayed positive.

“I feel like I'm ready to go on a tear,” he said Thursday.

Maybe that tear will begin in two weeks when Mickelson heads to Saudi Arabia for his next start.

Mickelson made four birdies and an eagle Saturday at PGA West’s Nicklaus Tournament Course, yet only managed a 1-under 71. At 3 under, the 49-year-old Mickelson didn’t come close to making the 54-hole cut, missing it by six shots.

Despite a strong dedication to improving his health, Mickelson’s golf game hasn’t experienced the same uptick. Mickelson hasn’t notched a top-10 finish since winning last February at Pebble Beach. He’s dropped more than 60 spots in the world rankings since that victory, too, entering this week at No. 79.

A year ago, Mickelson lost in a playoff at The American Express and went on to win two weeks later. A year before that, he missed the cut in Palm Springs and less than a month after went on a run of four straight top-6 finishes that ended in a victory at thee WGC-Mexico Championship.

Maybe there’s still hope for Mickelson after all.