TPC Southwind savant Daniel Berger on Sunday 65: 'One of the better rounds here'

MEMPHIS, Tenn. – Daniel Berger has enjoyed some of his best rounds on the PGA Tour at TPC Southwind but Sunday’s 65 may top them all.

Berger, who is a two-time winner at TPC Southwind (2016 and ’17) before it became a World Golf Championship, moved into the hunt Sunday with four birdies through nine holes, and he joined a five-way tie for the lead late with a birdie at No. 16.

“One of the better rounds here, especially the way I started the week. I felt like I was hitting it worse than I've hit it in a while and kind of found something yesterday and today was maybe one of the best ball-striking days of the year,” said Berger, who won the Tour’s restart opener in June at Colonial.

After starting the week with a 1-over 71, he was 11 under over his final 54 holes to finish tied for second place and three strokes behind champion Justin Thomas.

The finish gives Berger confidence going into next week’s PGA Championship as well as an extra start this fall at the U.S. Open. The WGC-FedEx St. Jude Invitational is among a collection of “qualifying” events for the national championship with the top two players within the top 10 earning spots in September at Winged Foot. Berger was the only player among the top 10 this week not already in the Open field.

“That was interesting. I won Colonial and I still wasn't in the U.S. Open. I do have a spot there and obviously looking forward to next week having some good play under my belt,” he said. 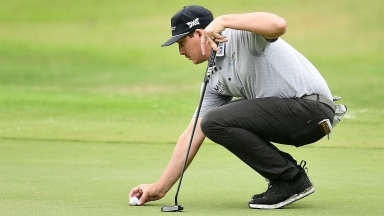 Joel Dahmen's last six rounds on the PGA Tour were some to forget, but thanks to a hot putter Saturday he finds himself in contention at the WGC-FedEx St. Jude Invitational. 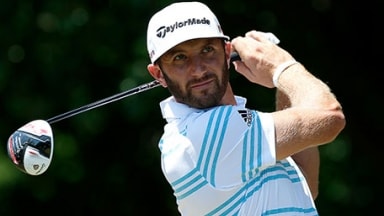