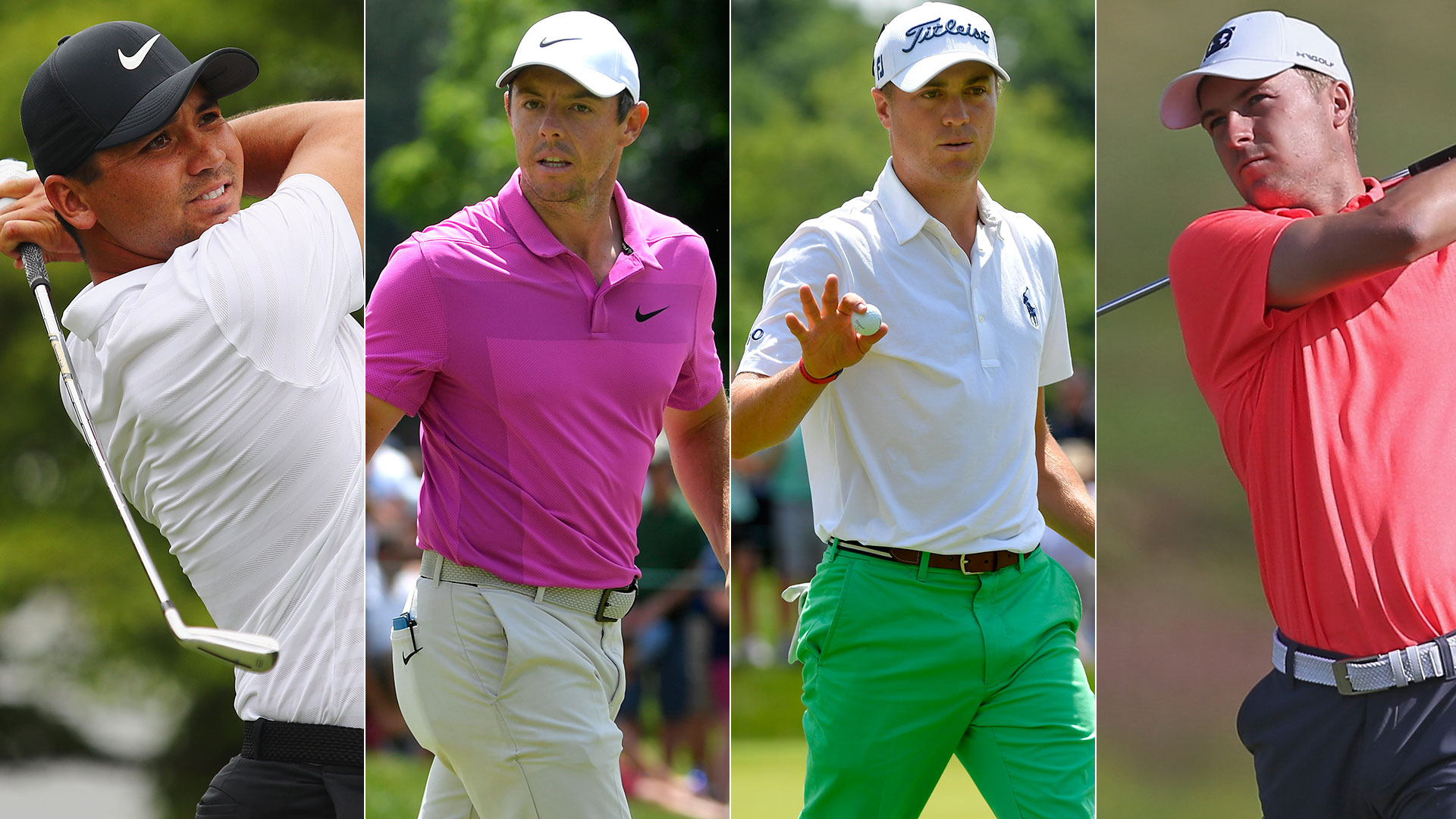 CROMWELL, Conn. – Get lost in the throngs following the defending champ, or caught up amongst the crowds chasing the back-to-back U.S. Open winner, and it’s easy to forget where this tournament was a little more than a decade ago.

The Travelers Championship was without a sponsor, without a worthwhile field, without a consistent date and on the verge of being jettisoned to the PGA Tour Champions schedule. The glory days of the old Greater Hartford Open had come and gone, and the PGA Tour’s ever-increasing machine appeared poised to leave little old Cromwell in its wake.

The civic pride is booming in this neck of the woods. Main Street is lined with one small business after the next, and this time of year there are signs and posters popping up on every corner congratulating a member of the most recent graduating class at Cromwell High School, which sits less than two miles from the first tee at TPC River Highlands.

Having made it through a harrowing time in the event’s history, the local residents now have plenty of reason to take pride.

The Tour’s best have found this little New England hamlet, where tournament officials roll out the red carpet in every direction. They embrace the opportunity to decompress after the mind-numbing gauntlet the USGA set out for them last week, and they relish a return to a course where well-struck shots, more often than not, lead to birdies.

Ten years ago, this tournament was also held the week after the U.S. Open. Stewart Cink won, and for his efforts he received a paltry 36 world ranking points. But thanks to a recent influx of star-power, this week’s winner will pocket 58 points – the same amount Rory McIlroy won at Bay Hill, and two more than Justin Rose got at Colonial. Now at the halfway point, the leaderboard backs up the hefty allocation.

While Brian Harman leads at 10 under, the chase pack is strong enough to strike fear in the heart of even the most seasoned veteran: McIlroy, Bubba Watson and Zach Johnson, they of the combined eight major titles, all sit within three shots of the lead. Former world No. 1 Jason Day is one shot further back, and reigning Player of the Year Justin Thomas will start the third round inside the top 20.

Paul Casey and Bryson DeChambeau, both likely participants at the Ryder Cup this fall, are right there as well at 8 under. Casey lost a playoff here to Watson in 2015 and has come back every year since, witnessing first-hand the tournament’s growth in scope.

“It speaks volumes for what Travelers have done and how they treat everybody, and the work that Andy Bessette and his team put in to fly around the country and speak highly of this event,” Casey said. “And do things which matter, to continue to improve the event, not just for players but for spectators.”

Part of the increased field strength can be attributed to the Tour’s recent rule change, requiring players who play fewer than 25 events in a season to add a new event they haven’t played in the last four years. Another portion can be attributed to the short commute from Shinnecock Hills to TPC River Highlands, a three-hour drive and even shorter across the Long Island Sound – an added bonus the event will lose two of the next three years with West Coast U.S. Opens.

But there’s no denying the widespread appeal of an event named the Tour’s tournament of the year, players’ choice and most fan-friendly in 2017. While Spieth’s return to defend his title was assumed, both Day and McIlroy are back for another crack this year after liking what they saw.

“Anyone that I talked to could only say good things about the tournament about the golf course, how the guys are treated here, how the fans come out, and how the community always gets behind this event,” McIlroy said. “Obviously I witnessed that for the first time last year, and I really enjoyed it.”

After starting the week with all four reigning major champs and five of the top 10 players in the latest world rankings, only Masters champ Patrick Reed got sent packing following rounds of 72-67. The remaining top-flight contingent will all hit the ground running in search of more low scores Saturday, with Spieth (-4) still retaining a glimmer of hope to keep his title defense chances alive, perhaps with a 63 like he fired in the opening round.

The Tour’s schedule represents a zero-sum game. Outside of the majors and WGCs that essentially become must-play events for the game’s best, the rest of the legs of the weekly circus become victim of a 12-month version of tug-of-war. Some players like to play in the spring; others load up in the fall. Many play the week before majors, while a select group block off the week after for some R&R far away from a golf course.

But in an environment where one tournament’s ebbs can create flows for another, the Travelers has continued a steady climb up the Tour’s hierarchy. Once in jeopardy of relegation, it has found its footing and appears in the process of turning several of the Tour’s one-name stars into regular participants.

It’s been a long battle for tournament officials, but the proof is in the pudding. And this weekend, the reward for the people of Cromwell – population 14,000 – looks to be a star-studded show.

“All the events are incredible,” Thomas said. “But this is kind of one of those underrated ones that I think until people come and play, do they realize how great it is.”