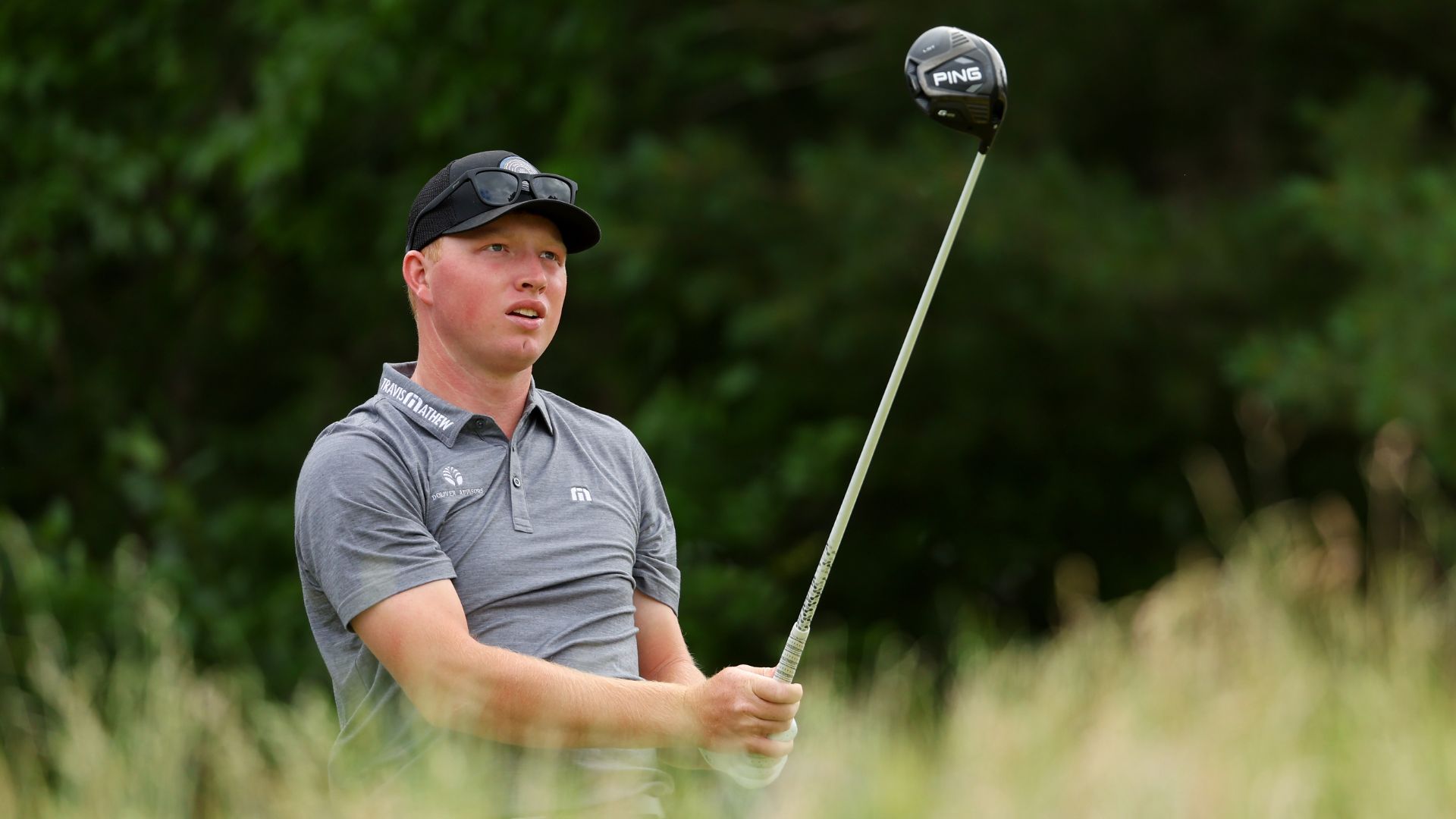 The rising Texas senior kicked things off last month by qualifying for his first U.S. Open out of the Dallas sectional. He then led the Longhorns to their first NCAA title since 2012 and scored the winning point. And on Sunday, he put the finishing touches on low-amateur honors at The Country Club.

“It's like Scottie [Scheffler] did, where he went through a stretch of golf where he's just playing incredible right now,” Vick said. “I think in the same manner you kind of have to take advantage of the good weeks that you have, and you've just got to keep playing that way. So, to be low am here is pretty cool.”
Vick wrapped up his first professional start by shooting 3-over 73 alongside Brooks Koepka. He ended up 8 over for the week, two shots better than the next best amateur, Texas A&M senior Sam Bennett. The other two amateurs who made the cut, Austin Greaser and Stewart Hagestad, finished at 17 over and 19 over, respectively.

After 36 holes, Vick led the field in strokes gained: off-the-tee, but he also derailed his chances of contending with a quadruple-bogey 9 at the par-5 eighth. Vick did respond, however, with back-to-back birdies after that.

He is now the fifth U.S. Open low amateur from the University of Texas, joining Scheffler, Jordan Spieth, Justin Leonard and Ben Crenshaw.

“I think confidence-wise, I think finishing low am, it definitely helps,” Vick said. “It was one of my goals that I had coming in, so to accomplish that feat definitely gives me confidence. It was nice being able to watch the world's best and see what they do well and kind of compare my game to theirs. I feel like my ball-striking is there. I think it's in a good spot.
Obviously, I didn't hit it well today at all. Just from a ball-striking perspective, there's not a lot to tweak.

“But with that being said, the short game aspect needs a lot of improvement, especially wedges, and it's not just the standard shot. For example, when I made a 9 on 8, it's uphill, tight lies, and learning how to hit kind of a high, soft 60-yard shot. So, those are kind of the shots I'm going to go work on after this tournament.”

Vick will withdraw from next week’s Northeast Amateur to rest up for the Arnold Palmer Cup in Switzerland. He then won’t play again until the Western and U.S. amateurs, the latter of which he advanced to the semifinals last summer at Oakmont.

“I'm just kind of exhausted and beat down,” Vick said. “So, I'm going to take the week off.”