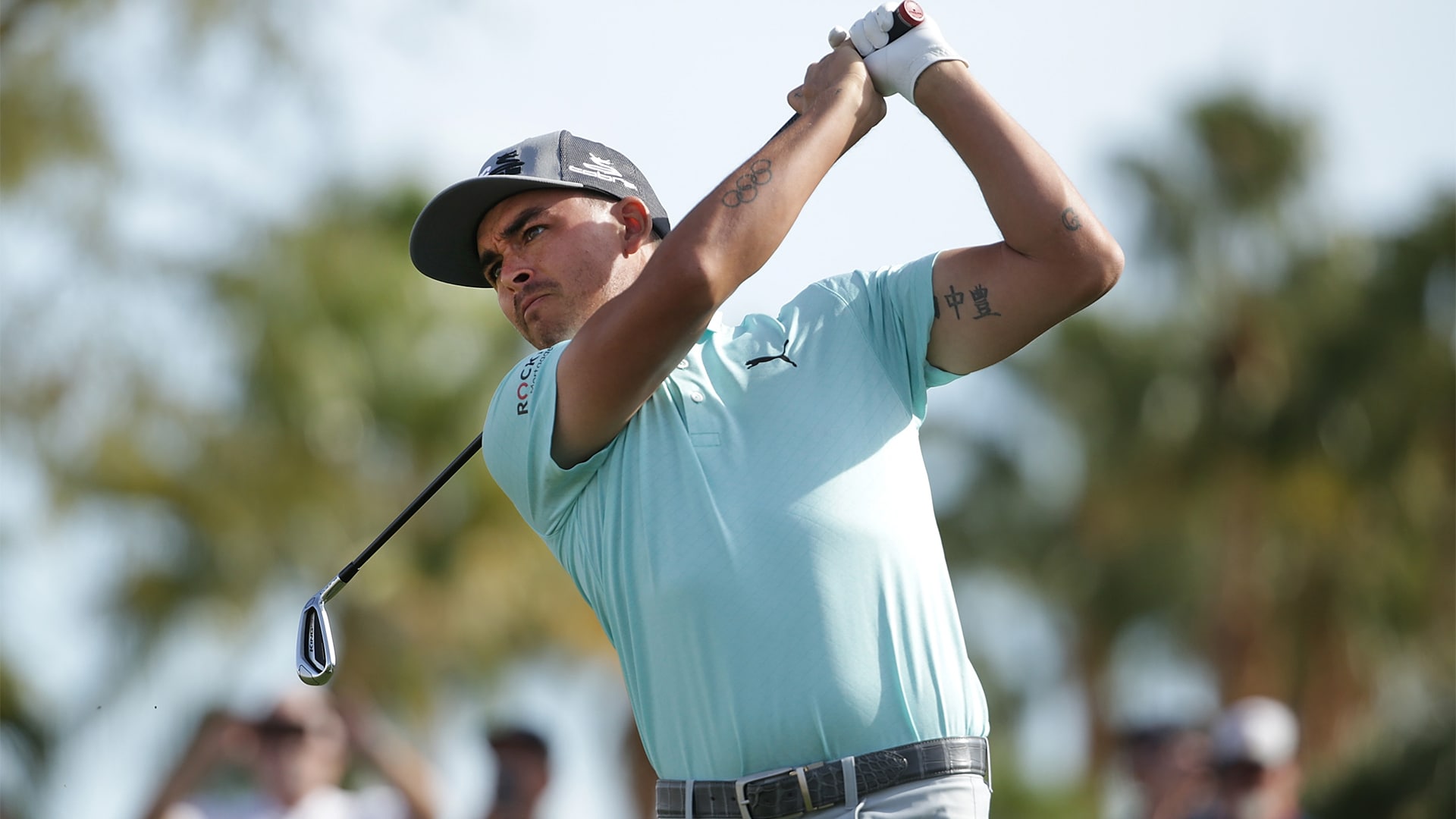 Rickie Fowler said on Thursday that he has a good chance to win a trophy in the next three weeks as he goes from PGA West to Torrey Pines to TPC Scottsdale.

He might be traveling to San Diego and Phoenix with a trophy already in hand.

Following rounds of 65-64, Fowler is atop the leaderboard, tied for the American Express lead with Scottie Scheffler.

Fowler carded six birdies and an eagle Friday, playing the back nine of PGA West’s Nicklaus Tournament Course in 6-under 30. Through 36 holes on the Nicklaus Course and at La Quinta County Club, he has made just a single bogey. His 15-under, two-day total is a new personal best in relation to par. 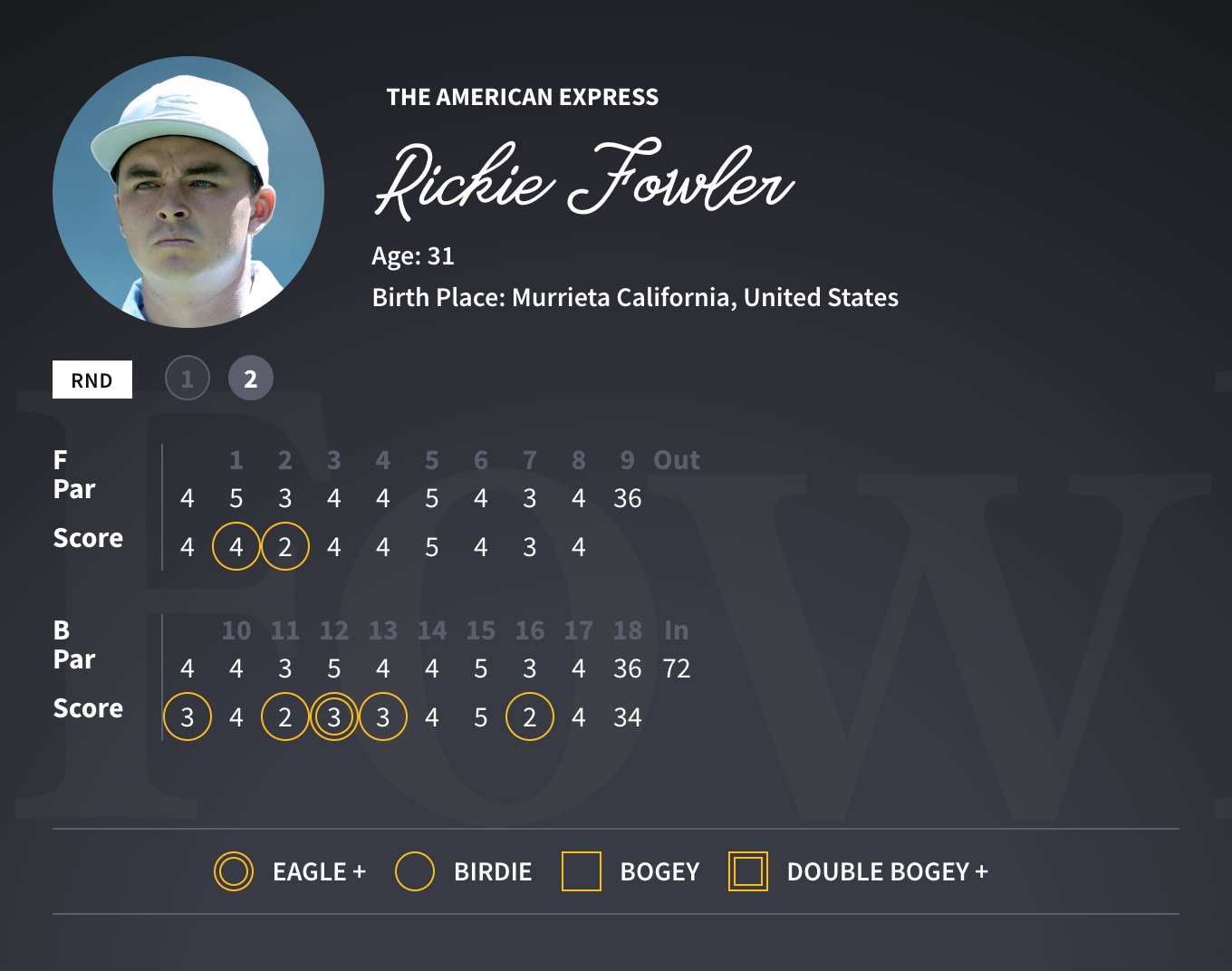 “Well, as you guys have seen over the years, these courses are scorable,” he said. “But I feel like it's a fine line between playing well out here and kind of scraping by. If you drive it well and hit good approach shots, you can make a lot of birdies, but if you're a little off, you're kind of scrambling for par. So I feel like I've done a good job of just kind of picking my way around the two golf courses so far.”

The real challenges lie ahead, in the form of the Stadium Course and in converting a 36-hole lead.

Fowler is just 1-for-9 in his PGA Tour career when holding the lead or co-lead after two rounds. That lone victory came last year at the Waste Management Phoenix Open, where he survived two crooked numbers in the final round to finally win that event after a series of close calls. Close calls have been common from this position for Fowler, who’s had to settle for four runner-up finishes when taking a lead into the weekend.

For all the success he’s had and for as big of profile as he has in the game, the 31-year-old still has just five PGA Tour wins to his credit. Compare that number, for example, to that of Justin Thomas (12) or Jordan Spieth (11) or even Patrick Reed (7), three of his Fowler’s peers who have all spent less time on Tour.

To get off the fast start he’s looking for in 2020 and to pick up Tour title No. 6, Fowler will have carry his momentum to the most demanding of the three courses in the American Express rotation, Pete Dye’s (other) Stadium Course. He will play the third round there before the remainder of the field heads there Sunday following the 54-hole cut.

“We still have the Stadium to play tomorrow,” he said. “[We’re] two-thirds of the way there for what you would call the cut, or playing the three courses, and it will be Stadium on Sunday. …

“So I'm happy with the way we're hitting it and definitely heading in the right direction. Nice way to get off to a start for two days here and through two of the three courses and looking forward to getting out on Stadium tomorrow.”