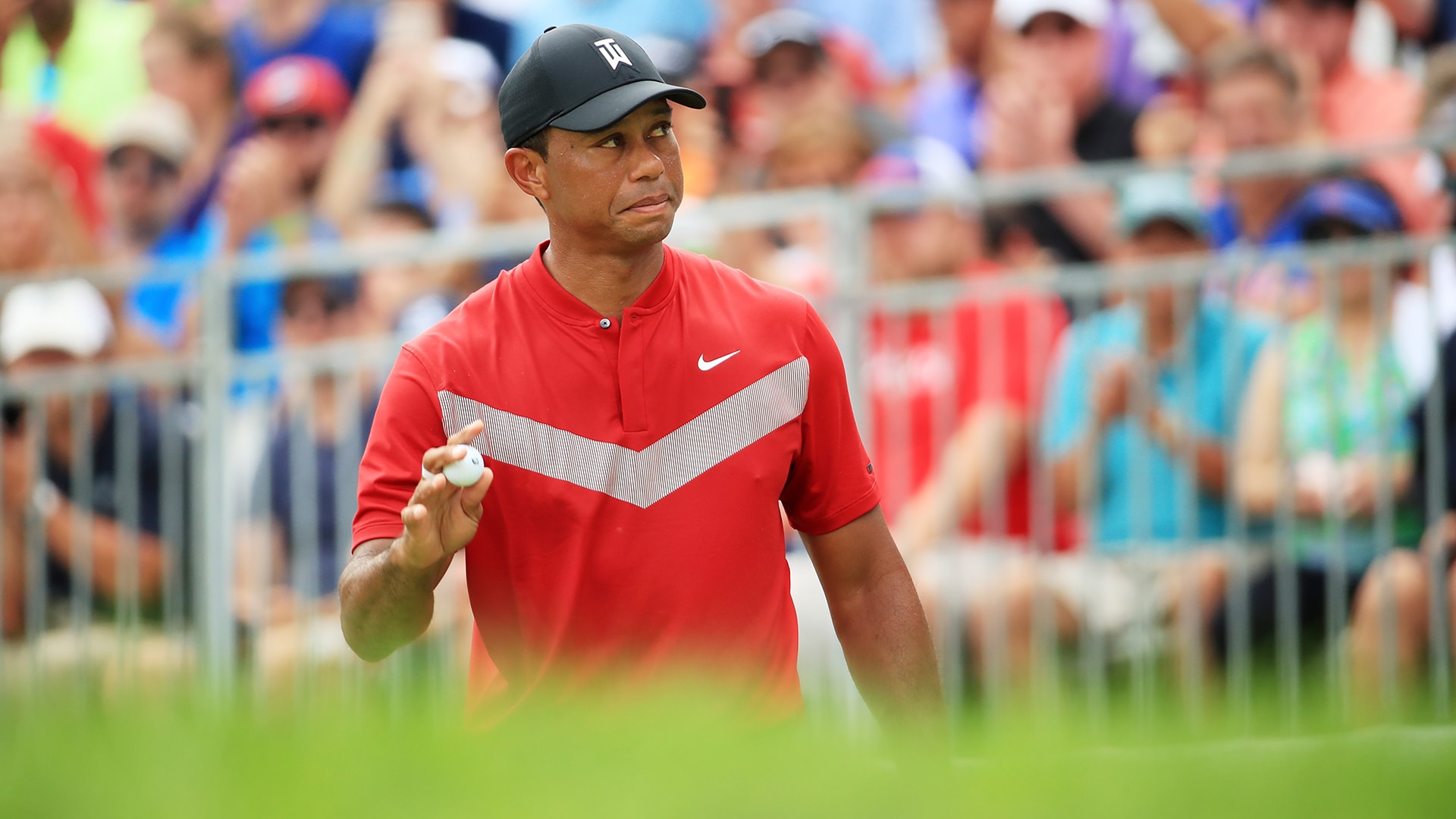 MEDINAH, Ill. – Tiger Woods’ 2018-19 campaign came to an end Sunday at Medinah. Here’s a look at his final round and a season that brought us his 15th major title.

• It was a final-round 72 for Woods and a four-day finish of 7 under for a tie for 37th. All week, his long game was terrific and his short game was horrific. Hear it from him! “My short game was most disappointing. I wasn't very good,” he said. “The most exciting part was the fact I felt better than I did last week and was able to the hit driver and I drove the eyes out of it for me. I was hitting it long and straight and that was fun.”

• Needing to make up eight spots in the FedExCup standings at the start of the week, Woods ended up losing ground over four days at Medinah. As a result, he will not return to East Lake, the site of his exhilarating breakthrough last year. His season is over after only 12 events. “It’s disappointing,” he said. “I wish I could have [made it]. Last year culminated in a pretty special moment for me and it would have been nice to go there, but I’ll be watching the guys on TV.”

• He’s going to play one Tour event in the fall, at the Zozo in Japan, and that’ll be it. Asked how he’s going to handle his time off, Tiger said he’s mostly focused on his fitness and strengthening different parts of body. Then he’ll start building for Japan. He’ll make just one competitive start before he needs to decide whether he’s going to play the Presidents Cup.

• So let’s talk big picture. To be honest, other than that whole Masters thing – from which we are all still recovering – it was a pretty non-descript year. In a weird way, the Augusta win totally changed the narrative, even if it maybe shouldn’t have. Because other than that week – perhaps the best week of his professional life – he looked like a 43-year-old with back problems. The real takeaway is that his body won’t allow him to play as often or to practice as hard as he would like. So he’s probably going to keep looking rusty at times and having to withdraw from the odd event when his body just tells him no.

• That said, Tiger Woods has always judged his years based on his performance in the majors. So how did he evaluate his season overall? “It was very special to win my 15th major and get my fifth jacket. Those are special moments and to be able to have an opportunity like that – the  rest of the tournaments I didn't really play as well as I wanted to, but at the end of the day, I'm the one with the green jacket.”

• I can’t think of any better way to end it. Until Japan …