TT Postscript: From Masters champ to MC, and that's OK 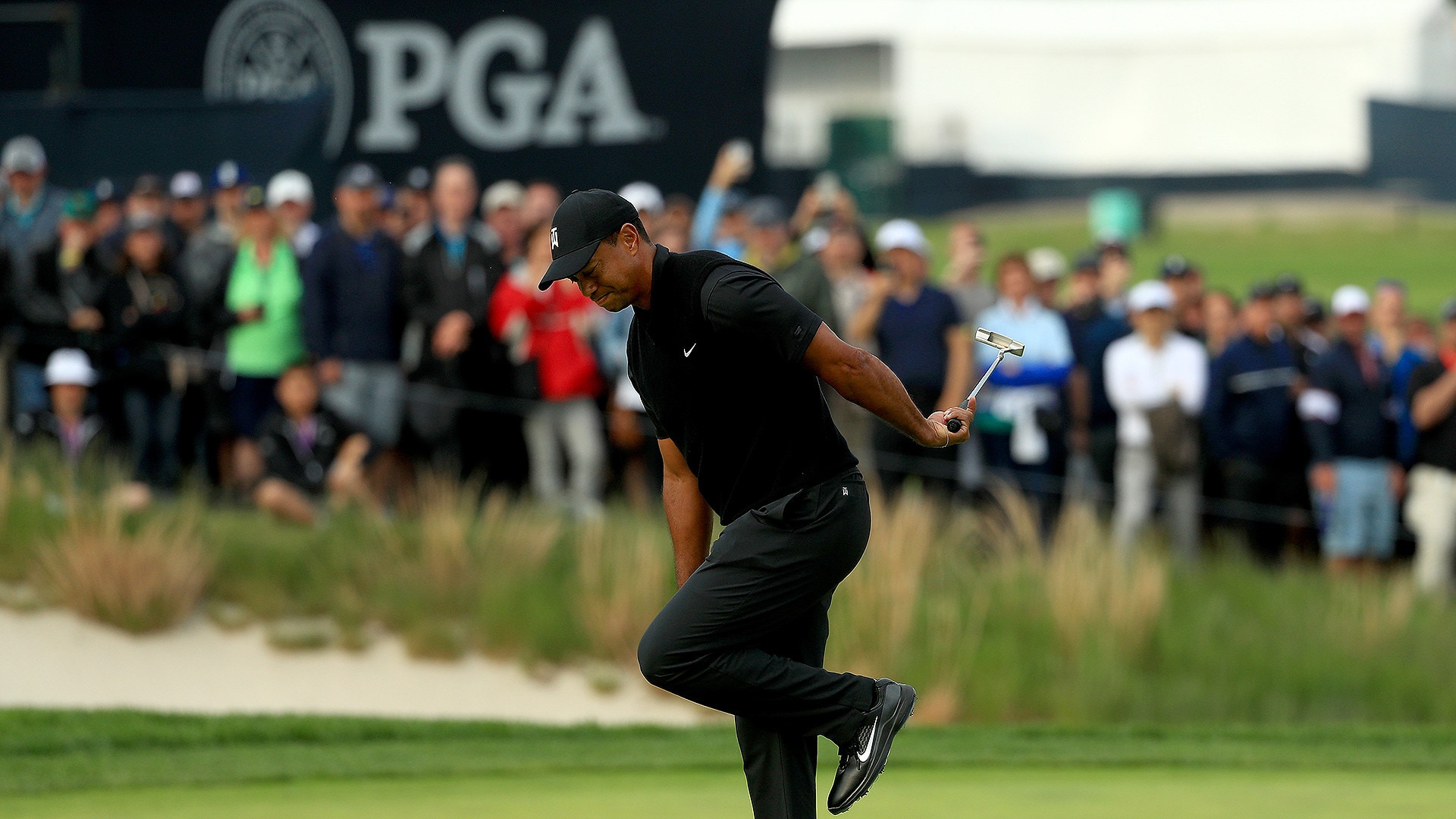 FARMINGDALE, N.Y. – Well, that didn’t work out so well. Tiger Woods showed rust and the results from not practicing much here this week at Bethpage Black ahead of the PGA Championship. He hovered around the cut line most of Friday and ultimately ended up on the wrong side of it. As a result, he will not play the weekend after shooting 72-73 for a 5-over total. Here are my final thoughts from a long, odd week:

• Tiger hadn’t played in 32 days, played nine holes here this week leading up to the championship, and didn’t feel well. That adds up to a missed cut.

Tiger: “There’s no reason why I can’t get up to speed again and crank it back up. I’ve got to start feeling a little better first before that happens. We’ll do that first and then start cranking it back up again.”

• It seems like Tiger felt worse than he really wanted people to know. We know he didn’t feel well enough to come out on Wednesday and practice and play nine holes. He did seem better on Thursday, but on Friday he looked like he was grinding and going through the motions at times. He didn’t appear to have much energy.

• The above note about the missed fairways is really all that needs to be said. You just cannot shoot a good score around this place while not in the fairway. It’s not going to happen. He made three birdies and six bogeys.

• This is the Tiger Woods that we have. One who can win the Masters, then turn around and miss the cut at the PGA Championship. He worked so hard to get into form for Augusta that it was always going to be difficult to expect too much from him here this week. That week in Georgia took a lot out of him. It just did.

• Let’s look ahead. Tiger didn’t say anything about his upcoming schedule, but chances are he’ll play the Memorial in two weeks. Especially with a missed cut here, it’s hard to imagine he’d say no to playing in Jack Nicklaus’ tournament. Two weeks after that it’s the U.S. Open at Pebble Beach.

• The final word from the man himself: “You know, I’m the Masters champion and 43 years old, and that’s a pretty good accomplishment.”