TT postscript: Not a win, but an amazing week 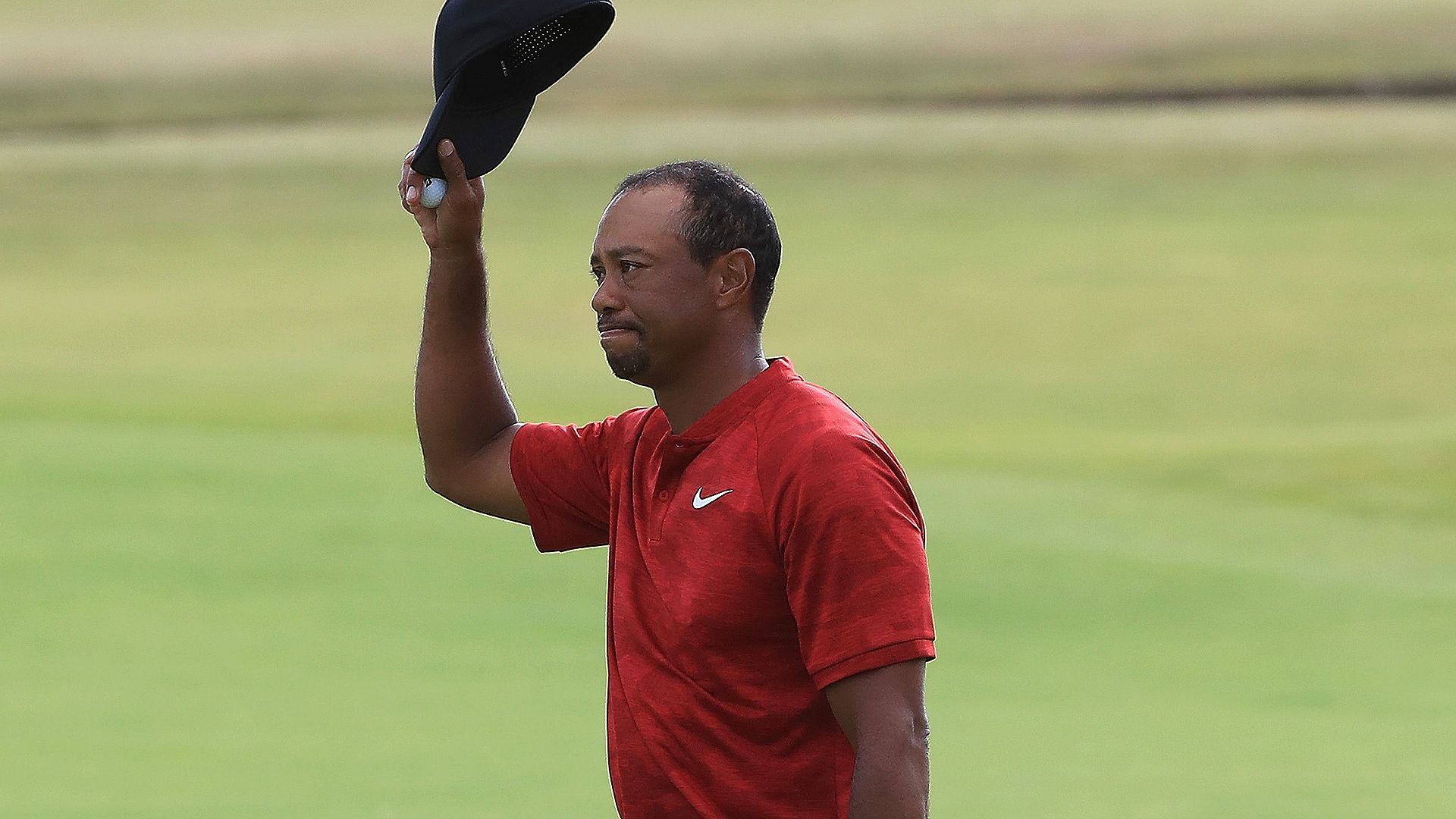 CARNOUSTIE, Scotland – Here are a few things I think I think after Tiger Woods had a chance to win his 15th major Sunday at The Open at Carnousite:

• When Jordan Spieth and Xander Schauffele both bogeyed the fifth hole Tiger was in the solo lead. Amazing to think that only last September he said he never knew if he’d ever play golf again. Here he was, nine months later with a chance to win a fourth claret jug. Amazing.

• For 10 holes, Tiger was the calmest, coolest, most composed player on the golf course. Birdies at Nos. 4 and 6 looked easy, while most everyone else was struggling to make par.

• To me, the biggest mistake of the week, and certainly of the final round, was Tiger’s decision to get cute and hit a flop shot up and over a bunker into the 11th hole. It checked up and rolled back down and off the green. He failed to get up and down and made double bogey. If he’d have pitched the ball 12-15 past the hole he’d had have a chance to save par and would’ve made no worse than bogey.

• The double bogey felt worse when Tiger made bogey on the 12th hole. This two-hole stretch cost him three shots and he finished three shots off the lead. 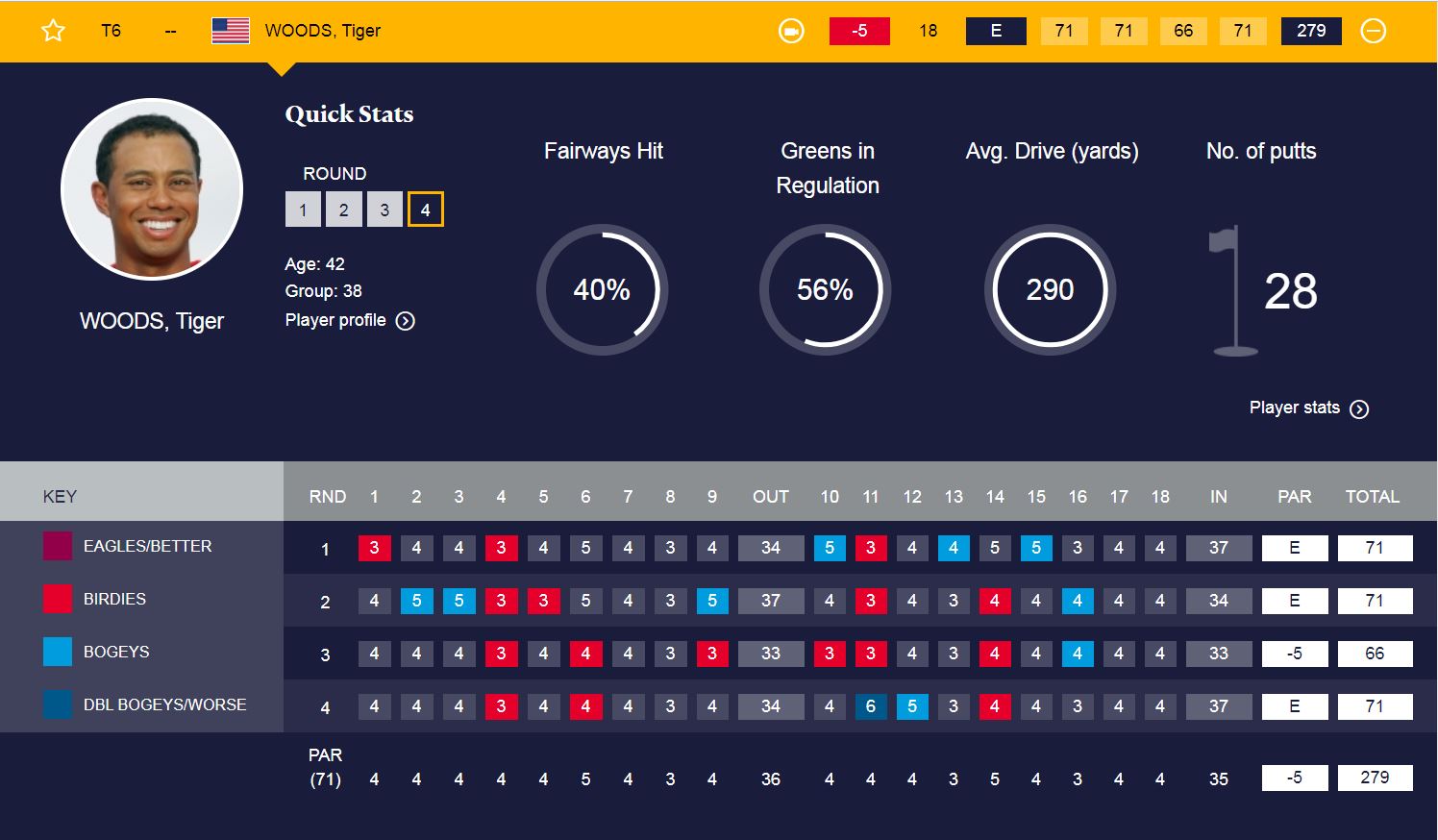 • Tiger moved to 50th in the Official World Golf Ranking, which qualifies him for the WGC-Bridgestone Invitational, which he has won eight times.

• One of the best moments of the week came after Tiger’s round when he gave his kids, daughter Sam and son Charlie, long hugs. Tiger said it was especially emotional because both kids knew how much this week meant to their old man. They had only seen Tiger struggle; it was great for them to see his success.

• Tiger: “Today I did everything the way I thought I needed to do it to win the championship. This entire week, I felt like I needed to keep building my way into this championship. It's one of those where, as I said earlier in the week, it's going to be 10, 12 guys with a chance to win it on Sunday because we're all driving the same areas. Kind of turned out that way. There are a bunch of guys packed, a bunch of guys with a chance to win, and I was one of them.”