TT Postscript: Reflecting on another disappointing 71 at BMW 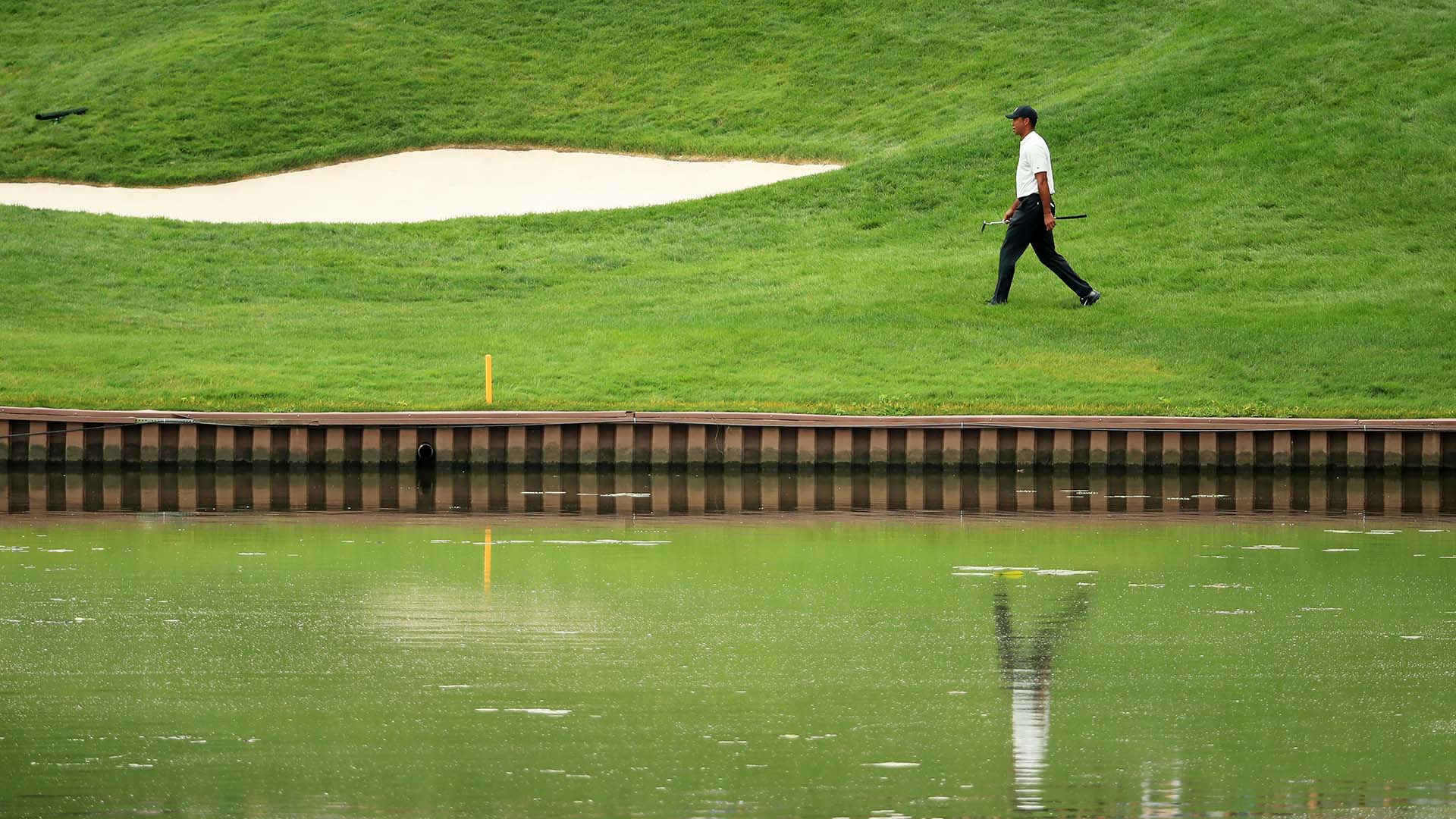 MEDINAH, Ill. – Tiger Woods made five birdies Friday, and he gave four of them back. A second consecutive 1-under 71 at the BMW Championship leaves Woods with a lot of work to do (maybe too much left) to make it back to East Lake.

• There were two main takeaways from Round 2 at Medinah: He squandered almost all of the progress he made, and he got demonstrably worse as he got closer to the hole. Let’s address those in order.

• Tiger birdied 5. He bogeyed 6. He birdied 7. He bogeyed 8. He made back-to-back birdies, at 14 and 15. He followed with back-to-back bogeys, at 16 and 17. And it was those last two that really hurt his Tour Championship cause. Woods was 3 under on the back nine and 4 under for the week through 15 holes, and he was suddenly looking like a threat to regain some of the ground he lost on Thursday. Three pars coming in – or even one more birdie – would have at least left him within striking distance. But by the end of his round, the only circle he didn’t square was his birdie from 11. Whatever the opposite of the bounceback statistic is, Woods probably led the way Friday.

• He also led the way for much of the round in strokes gained: off the tee. He found 11 of 14 fairways and was mashing the ball with both his driver and his fairway woods. Unfortunately, he was more accurate with the big sticks than he was with the scoring clubs. When he walked off the course, he was second in strokes gained: off the tee, 28th in approach, 51st around the green, and 50th in putting. He got worse the closer he got to the hole and dropped four shots scrambling,  going 1 for 5.

• That assessment “would be about right,” he agreed. “[I’m] trying to get a feel for the trajectory and shapes of shots, and my feel has not been where I want it. … I certainly haven't made as many putts. Putt well and I'll shoot good scores. I haven't done that. … I left quite a few shots out there.”

• Even if he manages to clean up some of the mistakes from the first two days over the weekend, it seems like a big ask to make it back to East Lake at this juncture. Medinah is continuing to yield low scores, so back-to-back rounds of 71 feel a lot more like 2 or 3 over than 1 under. He’s losing ground. He entered the week 38th in the FedExCup standings, and as of this writing – the standings are obviously volatile – he’s projected 45th.

• “I'm going to have to have a great weekend and make a lot of birdies this week and post some rounds in the mid-60s to give myself a chance at it,” he  said. Tiger’s best round this season was a 65 in the third round at Riviera. So just to give himself a chance, he needs to go as low as he has all year, and he has to do it twice. He’ll get back at it fairly early Saturday morning.