TT Postscript: So you're saying there's a chance after Woods' bogey-free 67 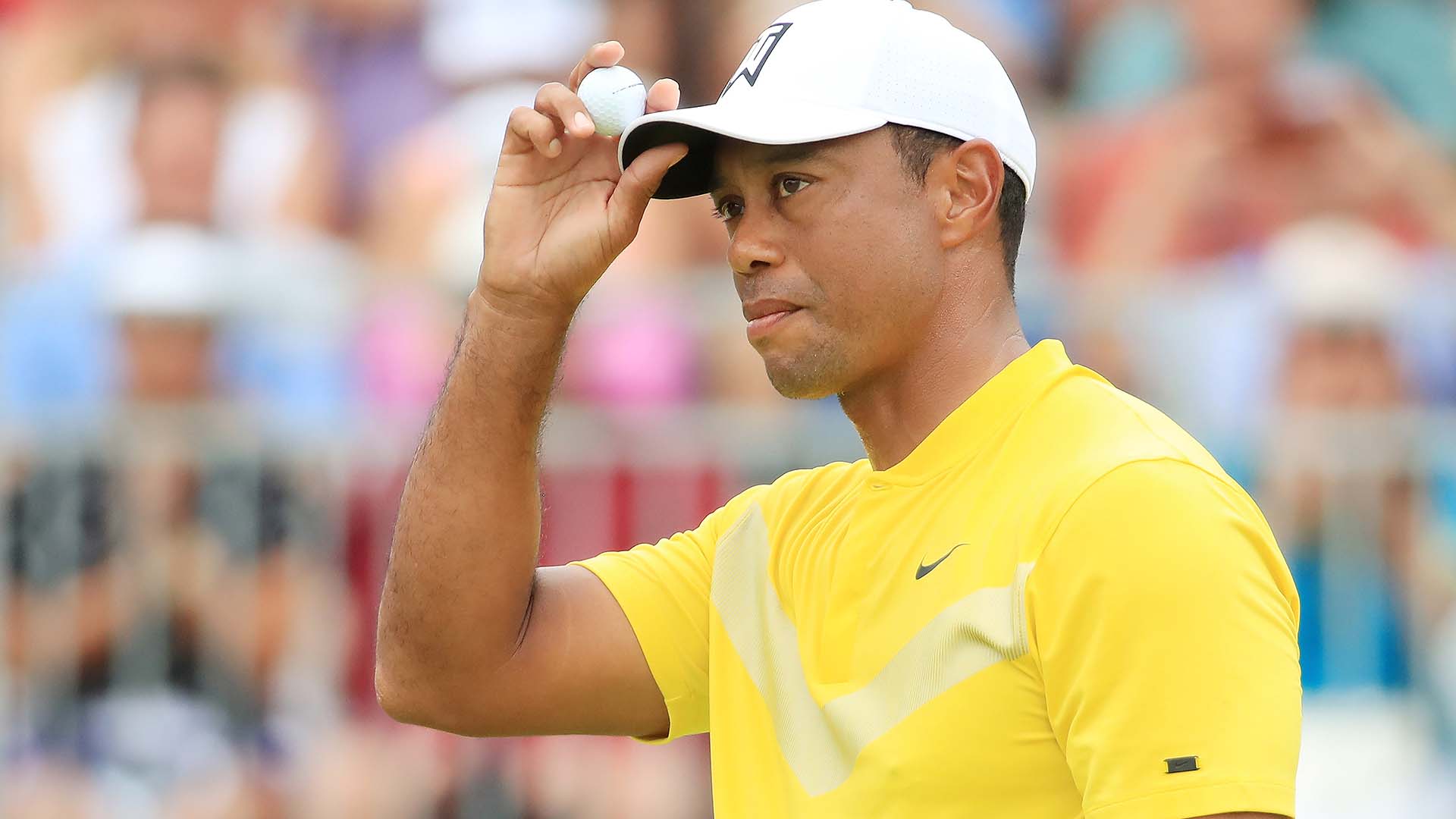 MEDINAH, Ill. – Tiger Woods put together his first-bogey free round in nearly a year on Saturday at the BMW Championship. A 5-under 67 moved him to 7 under for the week, but he’s going to need to go even lower (probably a lot lower) on Sunday if he wants to make it to East Lake.

Much better. That was much, much better. He cleaned up the mistakes that robbed him of four of the five birdies he made Friday. Sure, he still hit some squirrelly shots – the wedge at 15 stands out – but he signed his first blemish-free scorecard since – wait for it – the third round of the BMW last year at Aronimink.

“Basically the only difference between today and last couple of days I was able to cleanup the card,” said Woods, who went 6-for-6 scrambling one day after a 1-for-5 performance. “I didn't have any stupid mistakes where I made bogey from bad spots or from easy spots. … And I did miss the green, it was either on the fringe or I was just off or had easy pitches.”

He seems shocked at all the low scores out here, and to hear him tell it, so are all the other guys in the field. Tiger said the birdie-fest here at Medinah has been the talk of the tournament for two days and that players were still buzzing about it during Saturday’s one-hour-and-15-minute rain delay.
“What's more amazing is how many guys are under par on this golf course. … Who would have guessed that going into this week?” he asked.

And as well as he played Saturday, that’s his big problem. Tiger left himself in a hole after the first two days and now he’s scrambling to climb a leaderboard replete with red numbers. At 7 under par, he was projected 43rd in the FedExCup standings, down from where he started the tournament, in 38th. The scoring average for the week at Medinah midway through Saturday was 69.69, meaning Tiger’s round of 5 under was really more like 1.5 under. He’s only going to lose more ground as the afternoon wears on and the leaders tear up an even-softer No. 3 course.

In fairness, the slow start this week seems attributable to last week’s oblique strain and his now always-balky back. Tiger was asked if Thursday and Friday became de facto practice rounds. He didn’t disagree: “Yeah. I took a few days off there to rest my oblique and played only 9 holes on Wednesday. I didn't hit any balls except for warming up. Yeah, it is what it is. At least I put myself in position to where I might be first off at 10 tomorrow. At least, I've got a shot at it.”

The PGA Tour announced shortly after Woods’ media availability that the final round of the BMW will be a two-tee start with players going off in threesomes between 11 a.m. and 1 p.m. ET. If he’s going to have a chance at the Tour Championship, he might have to do something really special.