TT Postscript: Somewhat competitive in return, but work to be done before PGA 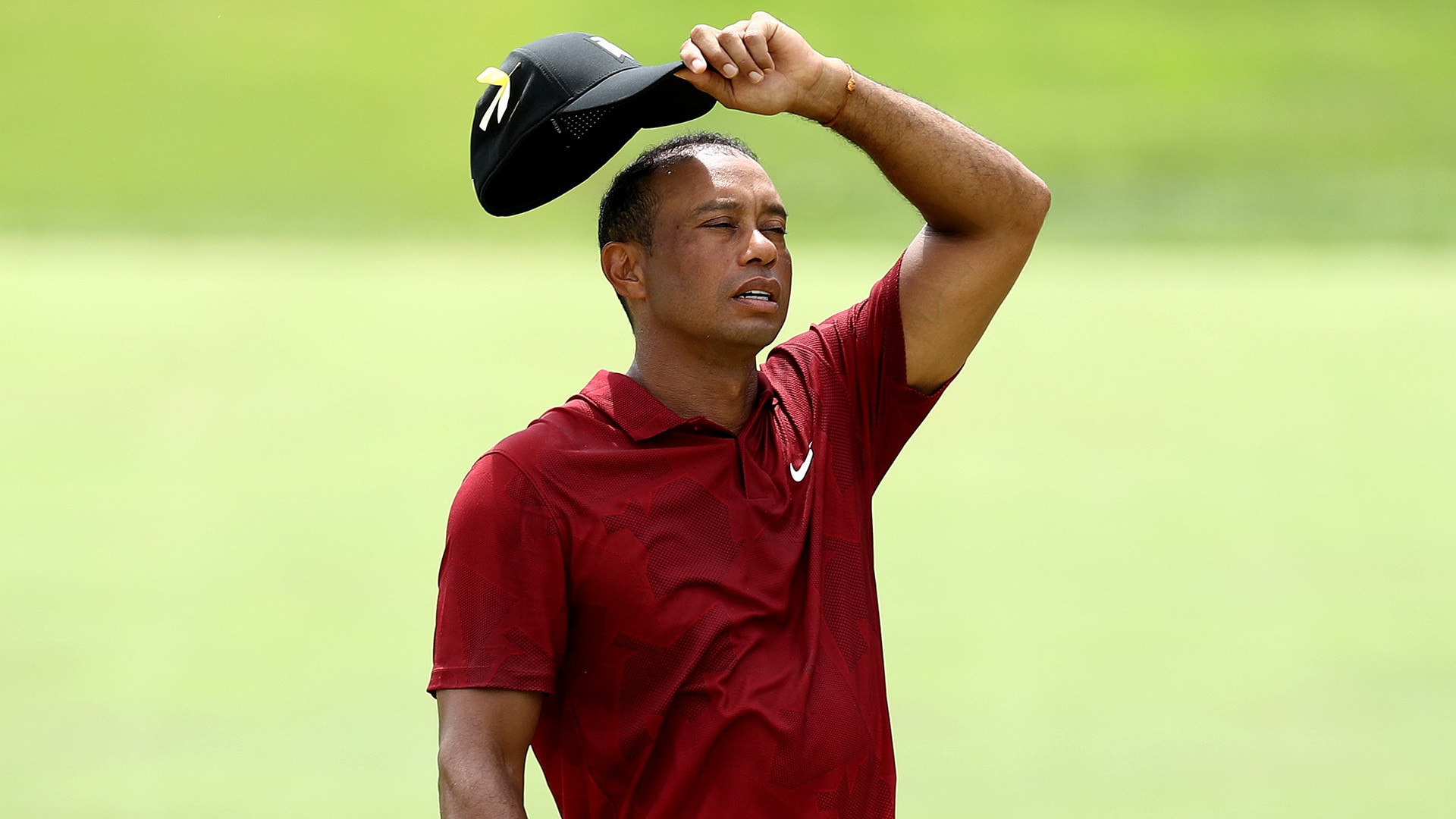 DUBLIN, Ohio – Tiger Woods fought a firm golf course and hot and windy conditions Sunday, closing out a 71-76-71-76 week at Muirfield Village after a 50-minute weather stoppage delayed him on his final hole. Let’s sum up Tiger’s week at the Memorial and look ahead to what’s next, including the year’s first major.

• Yeah, let’s get the round itself out of the way. He started with a surprising birdie make from 35 feet at the first, and that would prove the lone highlight for more than three hours.

Thereafter, he bogeyed 4 and then played a three-hole stretch from Nos. 7-9 with two bogeys and double to make the turn in 4-over 40. He was 5 over through 15 before he snapped his birdie drought with back-to-back circles at 16 and 17.

• A slog of a four-hour round turned into a slog of a five-hour round when the horn blew just as Woods was walking up the 18th fairway. He waited nearly an hour to make bogey from the front bunker and finish 6 over for the week.

• His assessment? “Well, I got four rounds in,” he told CBS after the round. “I was fortunate enough to have made the weekend and made some progress ball-striking-wise. I’ve gotta clean up on the greens. I didn’t put well all week. But it’s progress. I hadn’t played in a while, and it was nice to get my feet wet.”

• Indeed, it had been a while, so when will we see him again? Well, you’ll be shocked to learn he wouldn’t play ball when asked about his upcoming schedule, saying only that this was the first event of his planned return and that we’ll see him again “soon.”

• Speculation time: You’ll see him at the PGA Championship and not a moment sooner. I know that he is indeed an eight-time winner of the WGC-FedEx St. Jude Invitational, but, uh, no he’s not. Woods skipped this WGC last year, and he’s never played TPC Southwind in his career. If he shows up in Memphis, I’ll eat my hat. Heck, I’ll eat his hat.

• Does he look like a guy ready to compete for his 16th major title? Well, even though he was sloppy this week – particularly with his wedge play and putting Sunday – he was T-41 when he walked off the golf course, so he was reasonably competitive on a brutal track after five months off. That said, he was also 19 shots behind Jon Rahm when he finished up. There’s a big difference between being competitive and being a world beater, and Tiger has two more weeks to bridge that sizable gap.

• One closing note: It remains remarkable how his body can change from one day to the next. As hampered as he was Friday, he fought like a younger man Saturday and Sunday, with nothing held back. Some of the fairway woods he took off the tee produced swings that looked as fluid as they did 10 and 20 years ago. We should be able to wrap our minds around this dynamic by now, but it’s still jarring to watch.

• See you at Harding Park.