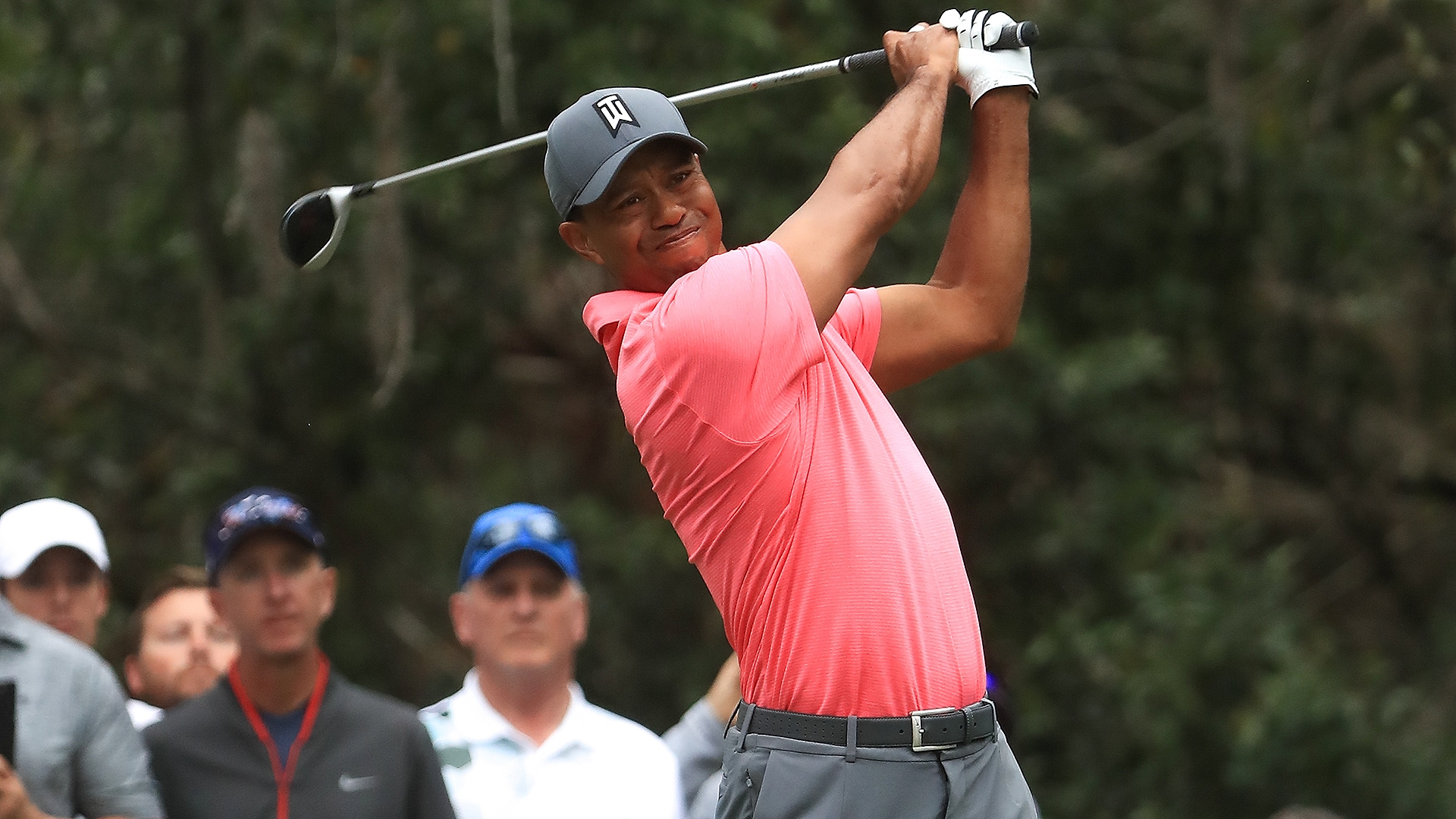 PALM HARBOR, Fla. – On Moving Day at the Valspar Championship, Tiger Woods shot a third-round 67 to get within one stroke of the lead. A few observations on Day 3 at Innisbrook:

• After telling anyone who would listen that it was rewarding to have the “speed” back in his swing, the proof was on the radar. On the 14th hole, Woods’ clubhead speed was 129.2 mph. That’s the fastest clubhead speed this season on the PGA Tour.

• Woods had five birdies and a single bogey for his 4-under-par card, notable for a number of reasons but mostly because it’s the first time he’s started a tournament with three consecutive sub-par rounds since the 2015 Wyndham Championship.

• For the second consecutive round, Woods will be paired with Brandt Snedeker. It will be the fifth time Tiger has played with Sneds this season and the 13th time in the duo’s career on Tour. Snedeker has never out-scored Woods, head-to-head.

• Woods’ short game has been particularly sharp since returning from back surgery, but he hadn’t chipped-in this week ... through 44 holes. “We were semi-joking that I’ve hit so many good chips without [holing out].” That ended on the ninth hole Saturday when he holed out from 30 feet for birdie to temporarily take a share of the lead.

• Not to get ahead of ourselves here, but if Woods were to win on Sunday he could move as high as 76th in the Official World Golf Ranking. It won’t be enough to get him into the WGC-Dell Technologies Match Play in two weeks, but it’s impressive to think that on Dec. 3 he ranked outside the top 600 in the world. • He hit 14 of 18 greens in regulation on Day 3, which matches his season best, which he set two weeks ago on Sunday at the Honda Classic.

• Tiger will once again start his round trailing front-runner Corey Conners. Asked what he knew about the Tour rookie: “I don’t know Corey.”