TT Postscript: Tiger (71) shows signs, but there is still work to do 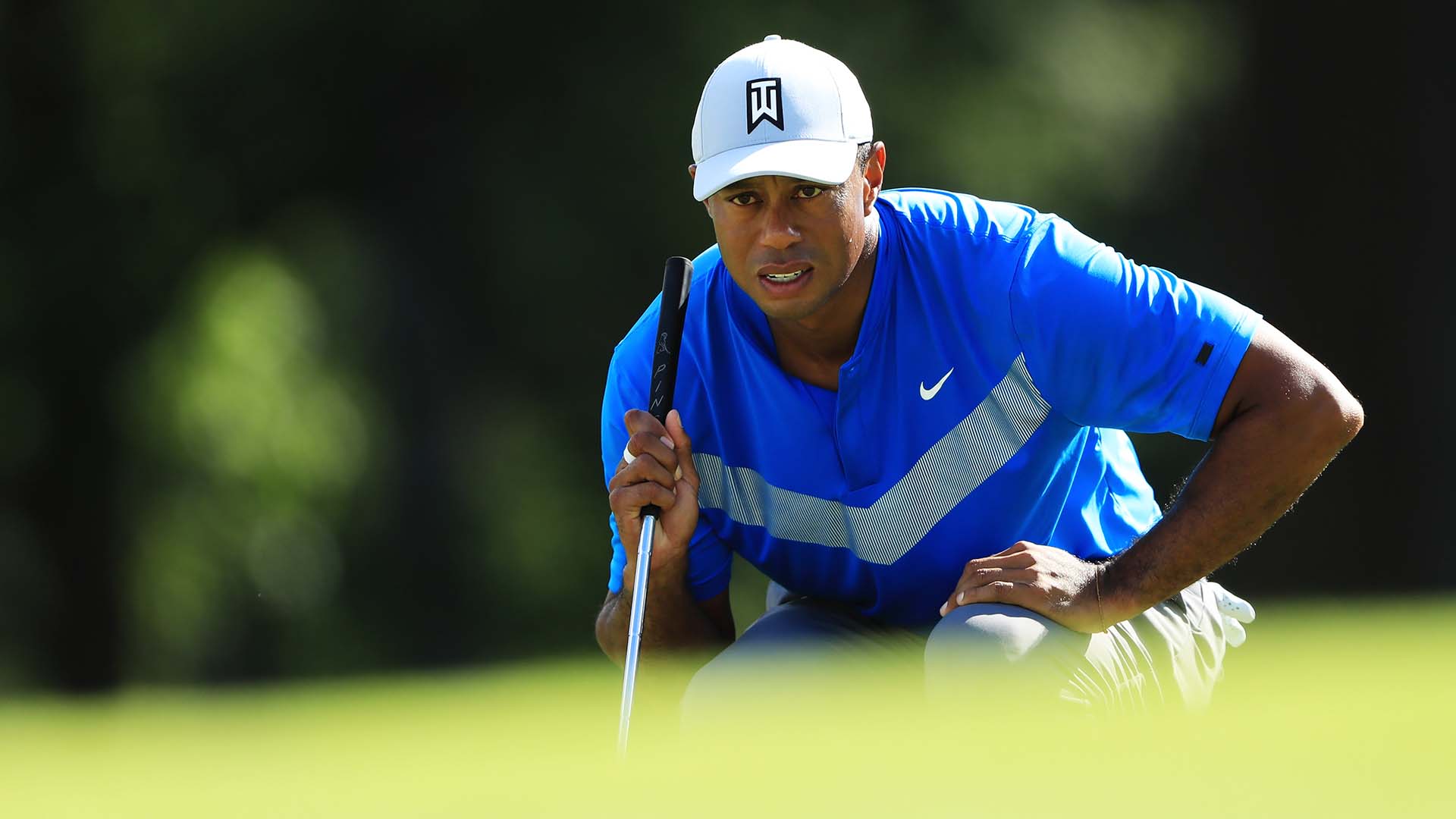 MEDINAH, Ill. – There were some signs of progress, but at the end of the day a mixed bag means Tiger Woods has some work to do at the BMW Championship. Some thoughts from strolling a steamy afternoon alongside Woods at Medinah Country Club:

• Woods shot 1-under 71, which ordinarily would be a solid score on a course that has hosted two majors and a Ryder Cup in the last 20 years. But amid soft conditions it meant he got lapped, with only 11 players among the 69-man field turning in a higher score.

• Woods circled three birdies over his first five holes, but after that the chances dried up as he struggled to kick the rust off around the greens. “I made quite a few mistakes around the green,” Woods said. “It’s just not sharp.”

• Woods withdrew from last week’s Northern Trust because of an oblique strain, but he didn’t appear to be in pain during the round and confirmed afterwards that the injury was not currently an issue. “I didn’t feel any tightness in my oblique at all, so that was a positive,” Woods said.

• Likely needing a top-11 finish this week to advance to the Tour Championship, Woods lost ground Thursday. He’s now in a tie for 50th, six shots off the lead, and the point projections have dropped him from 38th to 47th with only the top 30 at the end of the week making it to Atlanta.

• With more low scores expected the rest of the way, Woods understands that he’ll need to adopt an aggressive approach to make up ground. “I’m going to have to make a lot of birdies,” Woods said. “There’s so many guys under par that I’m going to have to shoot some low rounds just to get back in it.”

• Woods’ round skidded off course in the middle, where a three-putt bogey on No. 9 was followed by a sloppy par on No. 10. While the leaders raced past him, Woods played his final 13 holes in 1 over after a relatively strong start.

• Woods found only 7 of 14 fairways, but he expressed optimism about how he felt with driver in hand. “Just the fact that I was able to hit it and it felt good,” he said. “I hit a few drives yesterday for nine holes, but how was it going to hold up when I had to hit shots? It’s a totally different deal.”

• Woods estimated that, given how he struck the ball, he could have considered somewhere between 3 and 5 under par a “good score” were it not for some costly miscues around the greens. “I just need to clean up my rounds and get going,” he said. “Seems like the whole field is under par. The golf course is soft. Even though it’s long, it’s just gettable.”

• Woods will look to get it in gear during Friday’s second round, when he’ll tee off at 10:37 a.m. ET alongside C.T. Pan and Billy Horschel.