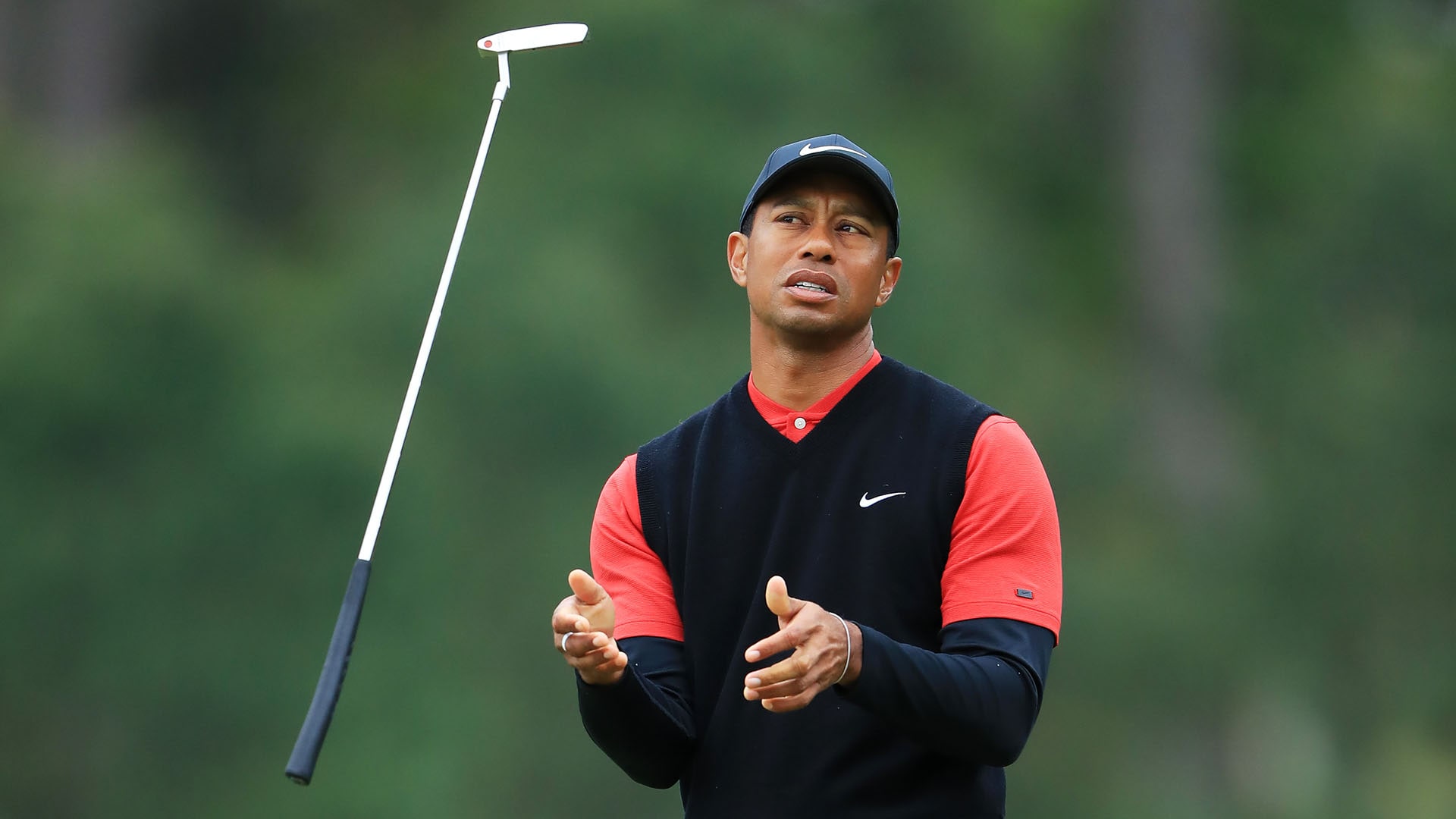 PONTE VEDRA BEACH, Fla. – It was a chilly and wet close to the week for Tiger Woods at the Players Championship, where he shot his lowest round of the week despite some demanding conditions. Here are some thoughts and observations from another loop alongside the man at TPC Sawgrass:

• There were plenty of highlights during the final round, a 3-under 69 that left him at 6 under for the week. Woods especially impressed with his driver after hitting each of his last 10 fairways. “I’m excited about the way I drove it,” he said. “I drove the ball well this week.”

• Woods nearly turned in a bogey-free card, dropping his only shot at No. 14. But there were still a few interesting moments: a holed bunker shot for par at No. 3 after flubbing his chip, a lengthy par save at No. 16 after fanning his approach into the lake and an up-and-down par on No. 17 where he had to chip from the fringe on the island green.

• With winds whipping and temps dropping, there was a clear sign of relief on Woods’ face to have completed 72 holes. “This is probably the most stressful golf course you’ll ever play when there’s wind out here,” he said.

• Woods will now have a week off before making his first appearance at Austin Country Club for the WGC-Dell Match Play. There’s a chance he could play up to seven matches in a five-day span, but he’s not worried despite withdrawing from last week’s Arnold Palmer Invitational. “I got a week off after that,” he said. “I’m hoping that I can play all the matches. That would be great.”

• His trip to Austin will represent Woods’ final start before the Masters. Asked about how things look for Augusta, he was all smiles. “It’s right on track,” he said. “I’m able to shape the ball both ways, which I’m going to need there. Just need a few more putts to go in, but that’s it.”

• After four birdies in his first 11 holes on a difficult day, Woods was again optimistic about the state of his game even though he didn’t challenge for a third Players title. “My score didn’t really indicate that going into the final day, but I was hitting the golf ball well,” he said. “I’m frustrated at lipping more putts out than I think I have in a very long time. Just one of those weeks where nothing really got rolling enough to get me going.”