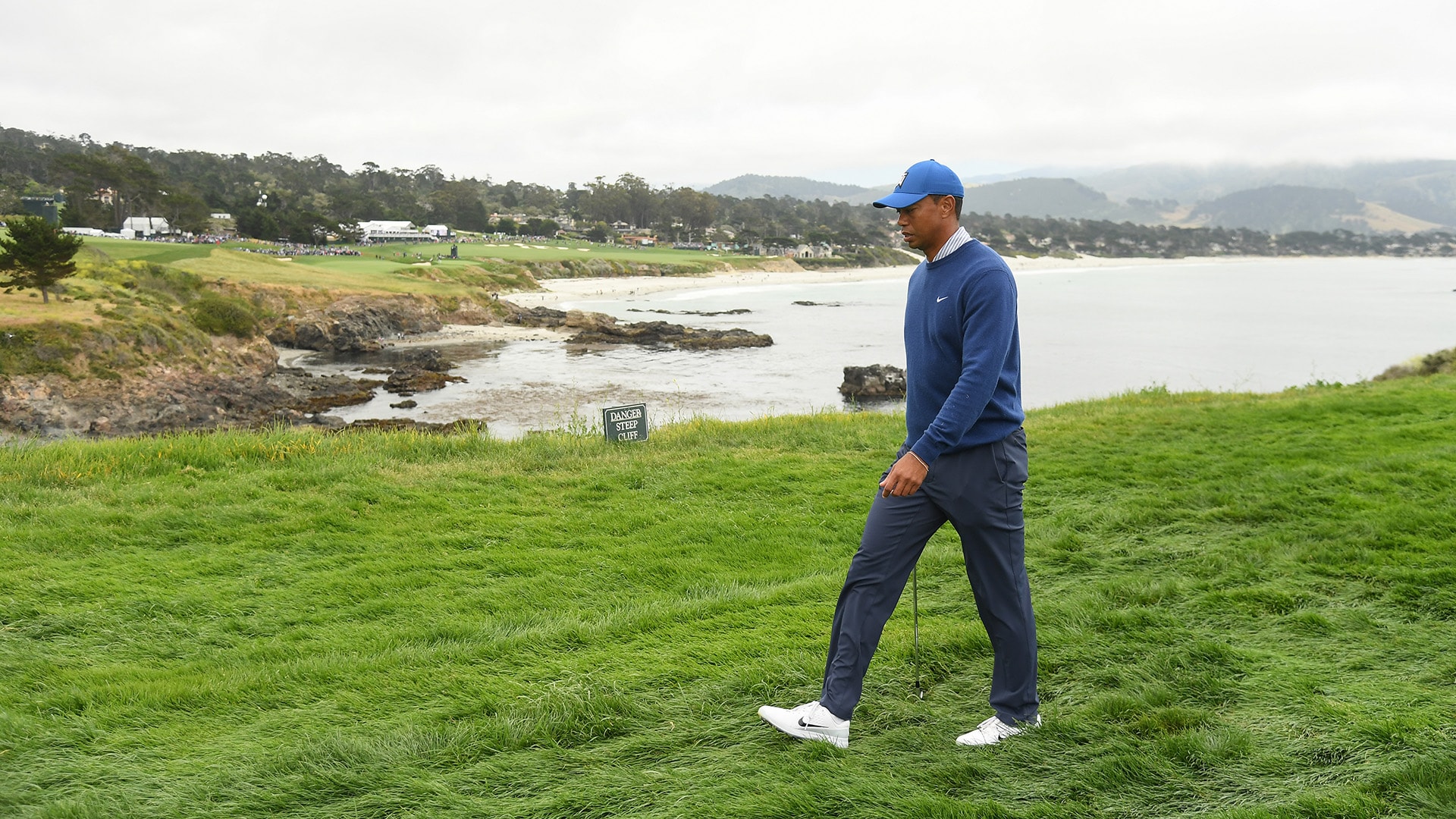 PEBBLE BEACH, Calif. — That was, honestly, the highest score he could have possibly shot today. Ruminations on Tiger Woods’ immensely frustrating 1-over 72 Friday:

· He’s going to look back on his second nine and regret it. After a bogey-free, 1-under start on the back, Tiger strode to the first tee at Pebble Beach in position to take advantage of the conditions and the course’s gettable holes.

He did not. He missed good looks for birdie at Nos. 1, 2, 4, and 6. He hit an indifferent wedge at No. 7. And when he ran out of holes he was supposed birdie, his missed opportunities caught up with him.

·  The chickens came home to roost on Nos. 8 and 9, two-thirds of the Cliffs of Doom. His iron approach at No. 8 barely cleared the hazard (don’t care, writing hazard) and left him truly scrambling for the first time in hours. He stuck his club in the rough, sailed his ball 15 feet by, and left himself the least desirable putt on the golf course. That was never going in. A pulled driver into a fairway bunker at No. 9 led to him laying up in the rough. To his credit, he worked a wizardly wedge to just 7 feet, but he couldn’t stay level. It was a bogey-bogey close, after 14 consecutive pars.

·  He was, understandably, miffed. “Are you steaming?” he was asked. “Yeah, I am,” he answered. “Not a very good finish. … I'm a little hot right now. I just signed my card about a minute ago. So need a little time to cool down a little bit.”

·  There was no fault in the strategy. And there wasn’t much fault with the ball striking – not until the end. The putts just didn’t drop. He missed five birdie tries from inside 15 feet. He missed three from inside 10. He surrendered 2.02 shots on the greens in Round 2 as of midday. “Yeah, I had a couple opportunities there. I missed a couple,” he said. “But overall, I kept leaving myself above the hole. And unlike yesterday, when I missed it, I missed the correct spots below the hole; today, I never had that many looks from below the hole. And the one I did have, I made at 11.”

·  It’s not often you’re going to look at 14 straight pars in a U.S. Open and feel disappointment. That was the story Friday. He is capable of putting together back-to-back rounds in the red this weekend, but it's only going to get harder to score. Pebble Beach was there for the taking.