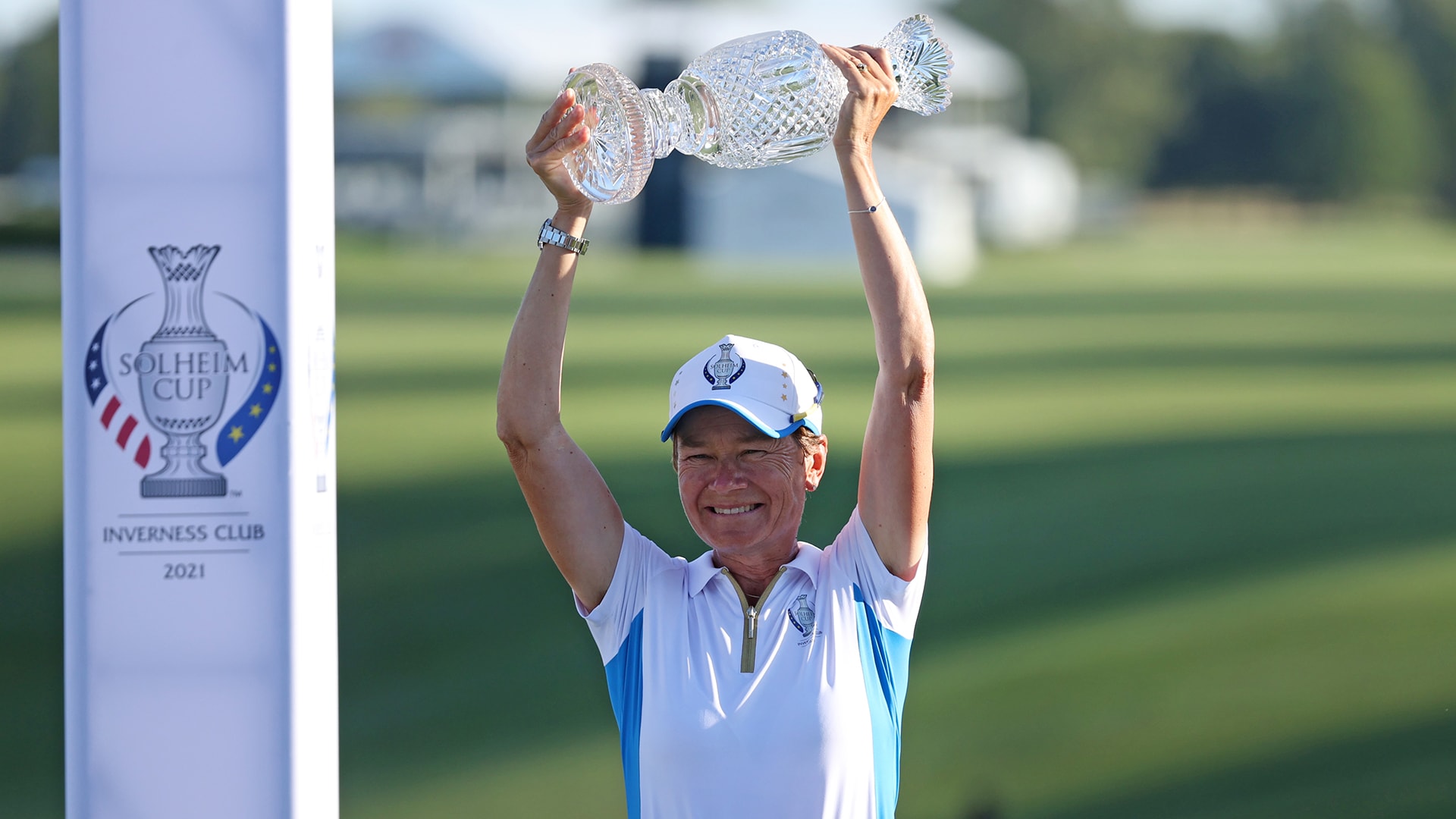 “Definitely not,” Matthew told GolfChannel.com with a laugh. “Two and done.”

Matthew is the first European Solheim Cup captain to lead the team to victory in consecutive matches.

In 2017, Matthew was named captain of the European Solheim Cup team for the first time, and two years later she successfully snapped U.S. captain Juli Inkster’s winning streak at Gleneagles, in her home country of Scotland. The Scot quickly agreed to captain the European squad for a second stint.

“At Gleneagles, the way it finished and being in front of my home crowd was very special,” Matthew said, comparing her two victories. “This time, winning on American soil wasn’t easy. And especially this year with COVID and Europeans not being able to travel made it even sweeter.”

Matthew was a nine-time member of Team Europe with a career that spanned two decades. She sits third in all-time points won for Europe with 22 points.

“I was lucky enough to play in nine and I've captained two, and I've had a fantastic time,” Matthew said. “It's the best week I've had every two years, and to have been involved with it now for over 20 years, I'm sure I'll be there watching, but it's someone else's turn.”