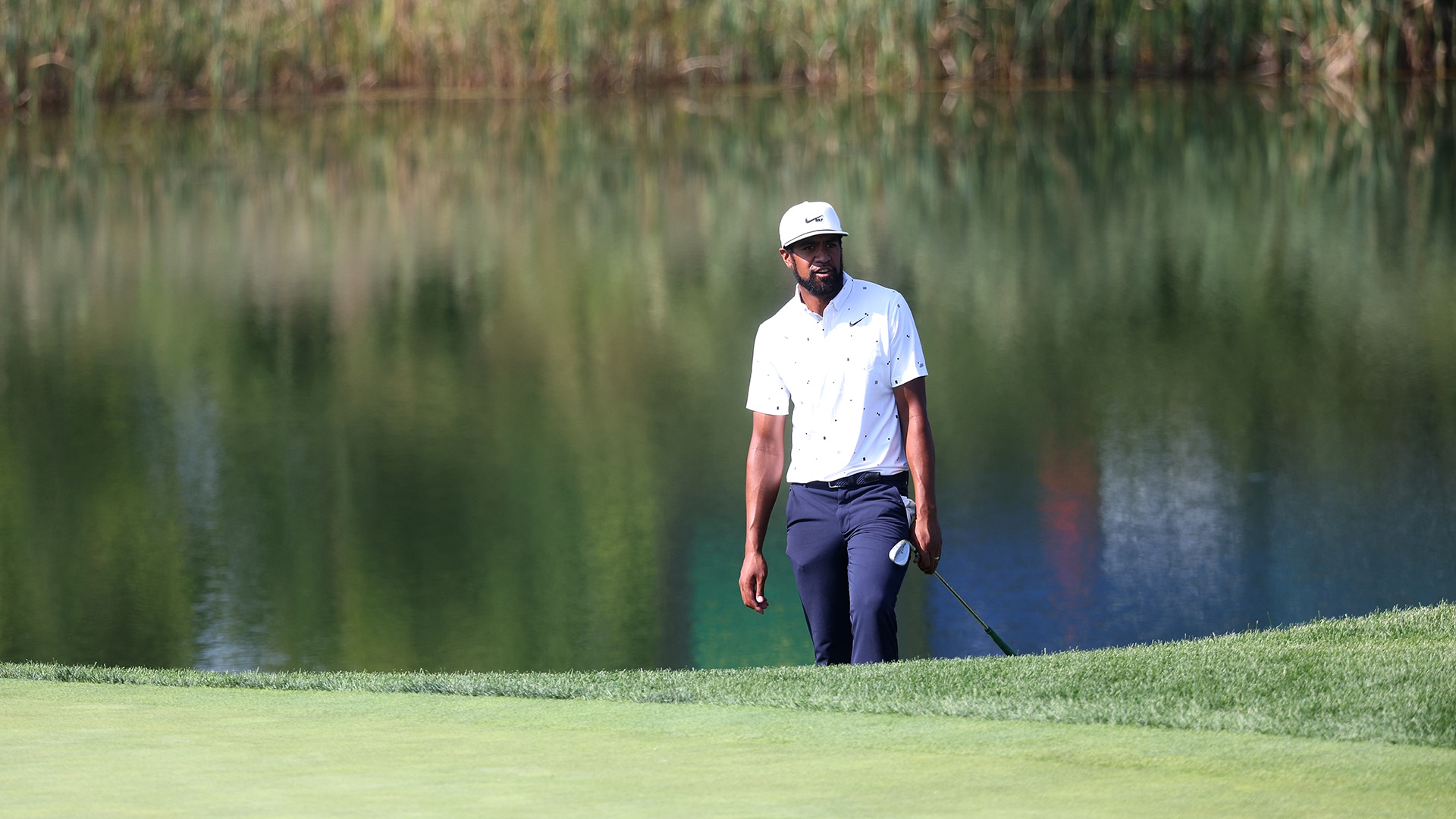 Right before the FedExCup playoffs, Finau told his wife, Alayna, that there would be only two circumstances in which he would shave: If he won, or if he made the Ryder Cup team.

Well, he accomplished the former on Monday at The Northern Trust, and at sixth in the U.S. Ryder Cup standings entering this week’s BMW Championship, he’s almost certainly locked up the latter.

“Don't be surprised if you guys see me tomorrow and she's all gone,” Finau said with a smile.

Finau is among several players teeing it up at Caves Valley Golf Club who still mathematically have a shot at grabbing the sixth and final automatic spot on U.S. captain Steve Stricker’s 12-man squad before those selections are finalized after play on Sunday. Another handful remains in the mix for a captain’s pick.

“There's a lot riding on this week,” said Finau, who is less than 30 points ahead of Xander Schauffele in points.

With 1.5 points up for grabs for every $1,000 earned at the BMW (and 2,565 to the winner), Schauffele, Jordan Spieth, Harris English, Patrick Cantlay and Daniel Berger each have a chance at supplanting Finau. Some opportunities are better than others, as Cantlay and Berger would need to win and Finau finish last to move to sixth, while Schauffele would only need a T-41 in that scenario.

Call it the race within the race: While every player will be jockeying for position on the FedExCup points list in order to secure either their tickets to East Lake or starting numbers at the playoff finale, a select number will have a second Cup on the brain.

“There's obviously a second-ranking being run,” Schauffele said. “I'd say for me it's if I can just handle the playoffs really well, then the Ryder Cup will take care of itself.”

That’s a common sentiment, though it’s perhaps easier for a guy like Schauffele. The Olympic gold medalist, who was passed up at No. 12 in points in 2018, along with Finau and Spieth who are already considered locks to make the team, whether they qualify on points or need a pick. The next four picks are anyone’s guess, though with Patrick Reed’s health in question, English and Cantlay are believed to be next in line for picks, which will be revealed following the Tour Championship.

Schauffele and English would be rookies, which isn’t an issue. Five players have already secured automatic berths – Collin Morikawa, Dustin Johnson, Bryson DeChambeau, Brooks Koepka and Justin Thomas – and Morikawa is the only rookie.

“I feel like I get along with everybody and I love playing with everybody,” English said. “Even though I haven’t played a Ryder Cup, I’m not going to seclude myself. I love team golf, that’s what I loved about playing golf at Georgia and I definitely miss that. But I feel like I could be a good gel for everybody.”

If English, a two-time winner this year on Tour, does get a nod, he’d be only the second player ninth in points to receive a pick. Bubba Watson and Hunter Mahan each finished ninth in points, in 2016 and 2012, respectively, and didn’t make the team.

So, what about that potential last two spots? Earlier this year, Stricker sent a questionnaire to about 25 players, trying to collect as much information, from golf to personalities to interests, as possible.

As for specifics, Scottie Scheffler, 14th in points, wouldn’t divulge: “I think it’s our secret.”

Moore had a blistering playoffs that year with three top-10s in four events, including a T-2 at East Lake. Players like Schauffele, at No. 17, all the way to Phil Mickelson, at No. 19, know there is some recency bias to the process.

“Obviously, I know what could happen,” said Billy Horschel, at No. 15, “but if I play well, and that’s my focus, then everything else takes care of itself. That’s always been my motto.

“This year it’s up in the air. I think there are three or four guys who are probably automatic picks now, and the next two guys, I think it’s a wild card, and it’s going to come down to these next two weeks and whoever plays well.”

Playing well doesn’t just boost one’s Ryder Cup stock, though; it could also extend the seasons of some U.S. team candidates. Finau, Schauffele, Spieth, English, Cantlay, Daniel Berger, Scheffler, Jason Kokrak and Sam Burns are all guaranteed to qualify for East Lake, but Reed (26th in FEC), Webb Simpson (52), Horschel (27), Kevin Kisner (31) and Mickelson (70) need a good – and in some cases, great – weeks to advance and continue to impress Stricker.

“I don’t think I really try to block it out,” Burns said. “I feel like, you know, at this point in time, with where I am, I would just love the opportunity. That’s any kid’s dream growing up as a golfer, to be able to play on that team. But who knows? Captain Stricker has a lot of different options, and it’d be hard to argue with any pick that he chooses.” 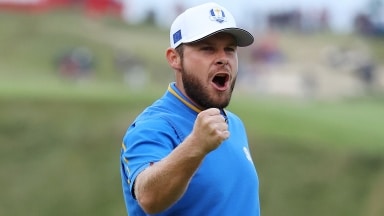 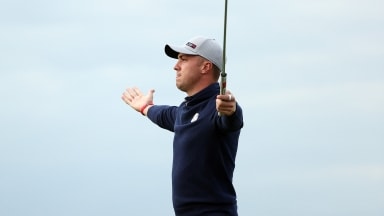 This Ryder Cup isn’t over, but it could soon be

The U.S. calmly built an early lead before ramping up the intensity in the afternoon as the Americans opened up a commanding 6-2 lead after Day 1 of the 43rd Ryder Cup.