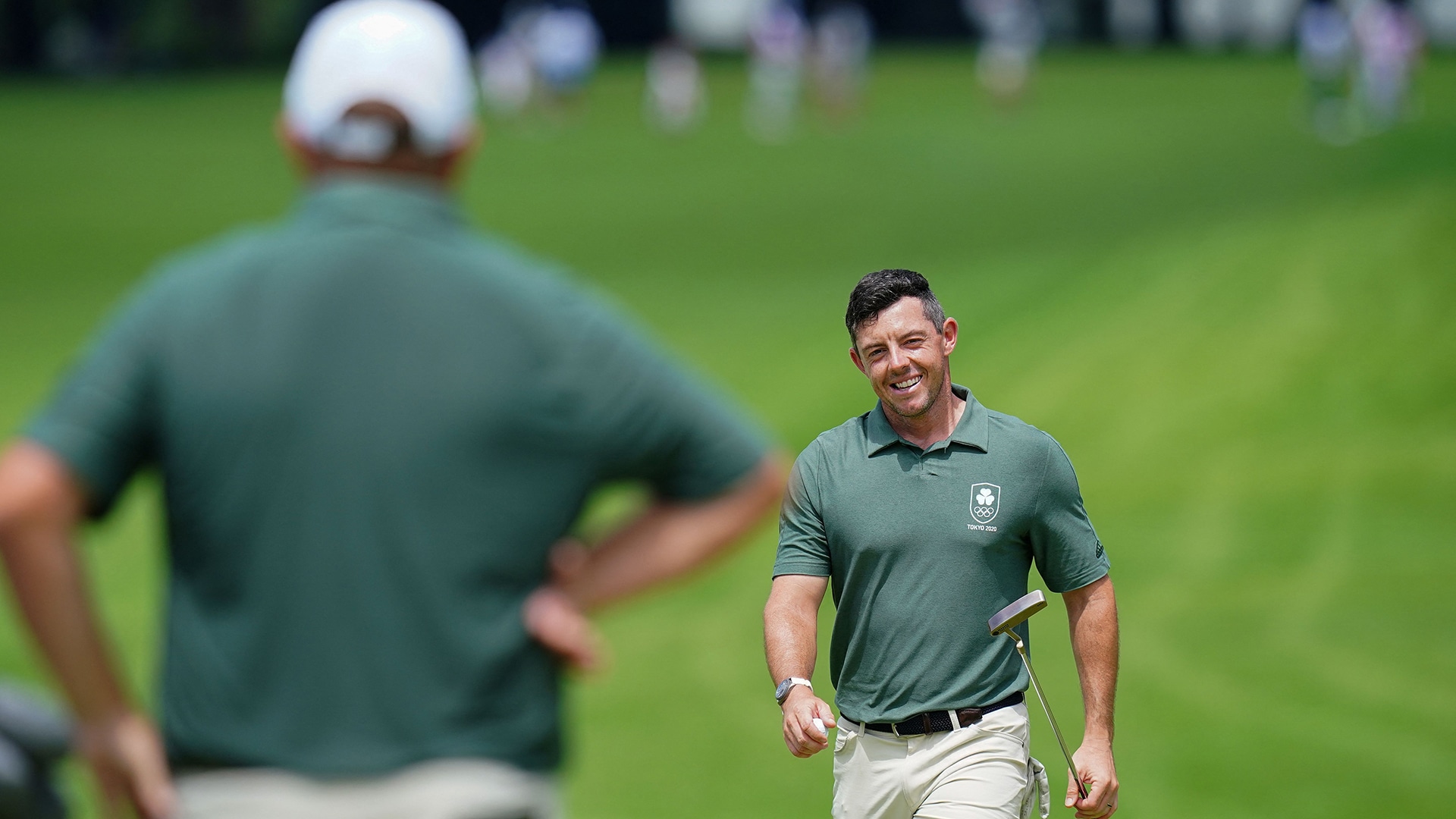 KAWAGOE, Japan – The team aspect of the Olympics often gets stretched during the men's golf competition, which is 72 holes of individual stroke play. But on Saturday at Kasumigaseki Country Club, the concept came full circle.

The twosome of Team Ireland, Rory McIlroy and Shane Lowry, found themselves paired together for Round 3 alongside Thailand’s Jazz Janewattananond, and the outcome was, well, team-like.

“I almost felt sorry for Jazz playing with us because he probably felt a little bit left out today,” Lowry said. “Especially as the two of us got off to good starts and played quite well and he obviously didn't shoot the best score. But that's the way it is.”

Lowry and McIlroy certainly played like a team on Saturday. McIlroy shot a third-round 67 and was tied for fifth place and three shots off the lead while Lowry had a 68 and was another shot back at 10 under par.

“It's brilliant. I think everyone sort of earmarked us for potential medals and it's nice going into the final day that we both have that to play for,” McIlroy said. “Two's better than one and one's better than none, and good to have both of us up there.”