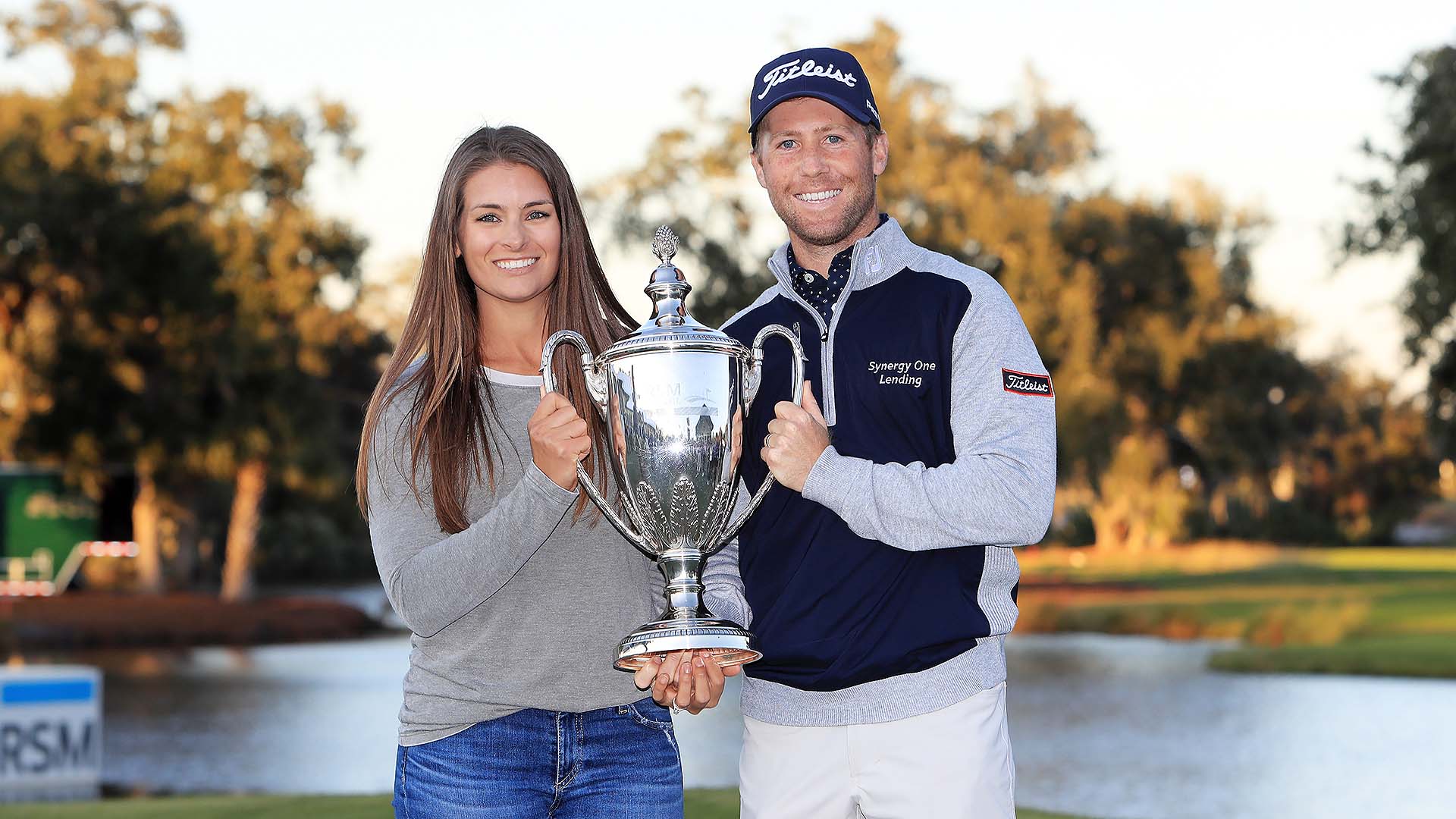 Getty Images
Tyler Duncan celebrates with the winner's trophy and wife Maria after the final round of The RSM Classic at Sea Island Resort Seaside Course on November 24, 2019 in Sea Island, Georgia. (Photo by Stan Badz/PGA TOUR via Getty Images)  -

As he calmly explained following his playoff victory over Webb Simpson at the RSM Classic, that’s simply not the case.

In an out-of-character moment, Duncan fist pumped after holing a 25-footer for birdie at the 72nd hole to move into a tie with Simpson at 19 under par, and then spent the next 30 minutes waiting for Simpson to complete his round nervously pacing.

“I just tried to stay calm and walk around and lower my heart rate a little bit and just kind of bring everything down to, you know, normal really,” he said.

Duncan missed a similar birdie attempt at Sea Island’s 18th hole during the first playoff hole but on the second extra frame he converted from 12 feet for birdie and his first PGA Tour victory. In fact, it was his first victory of any sort since the 2011 Indiana Amateur.

He admitted, however, that Sunday’s finish may not be the most nervous he’ll be this fall. Duncan is scheduled to be the best man at fellow Tour player Adam Schenk’s wedding later this year.

“I was definitely nervous today, so I'll be nervous for the [best man] speech still, for sure,” he said. “I'm not great at standing in front of people and giving any conversations, but I'm doing better and I think that I was probably a lot more nervous on those couple putts there on 18 than I will be during the speech.” 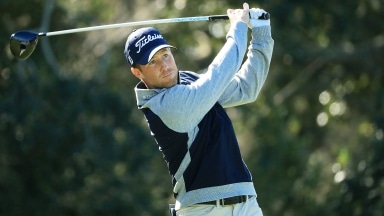 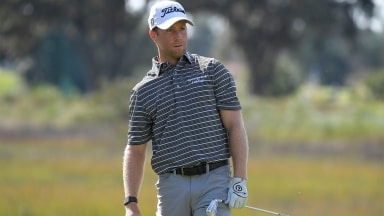 Tyler Duncan's second-round 61 that vaulted him into the lead at the RSM Classic had more than a few highlights.