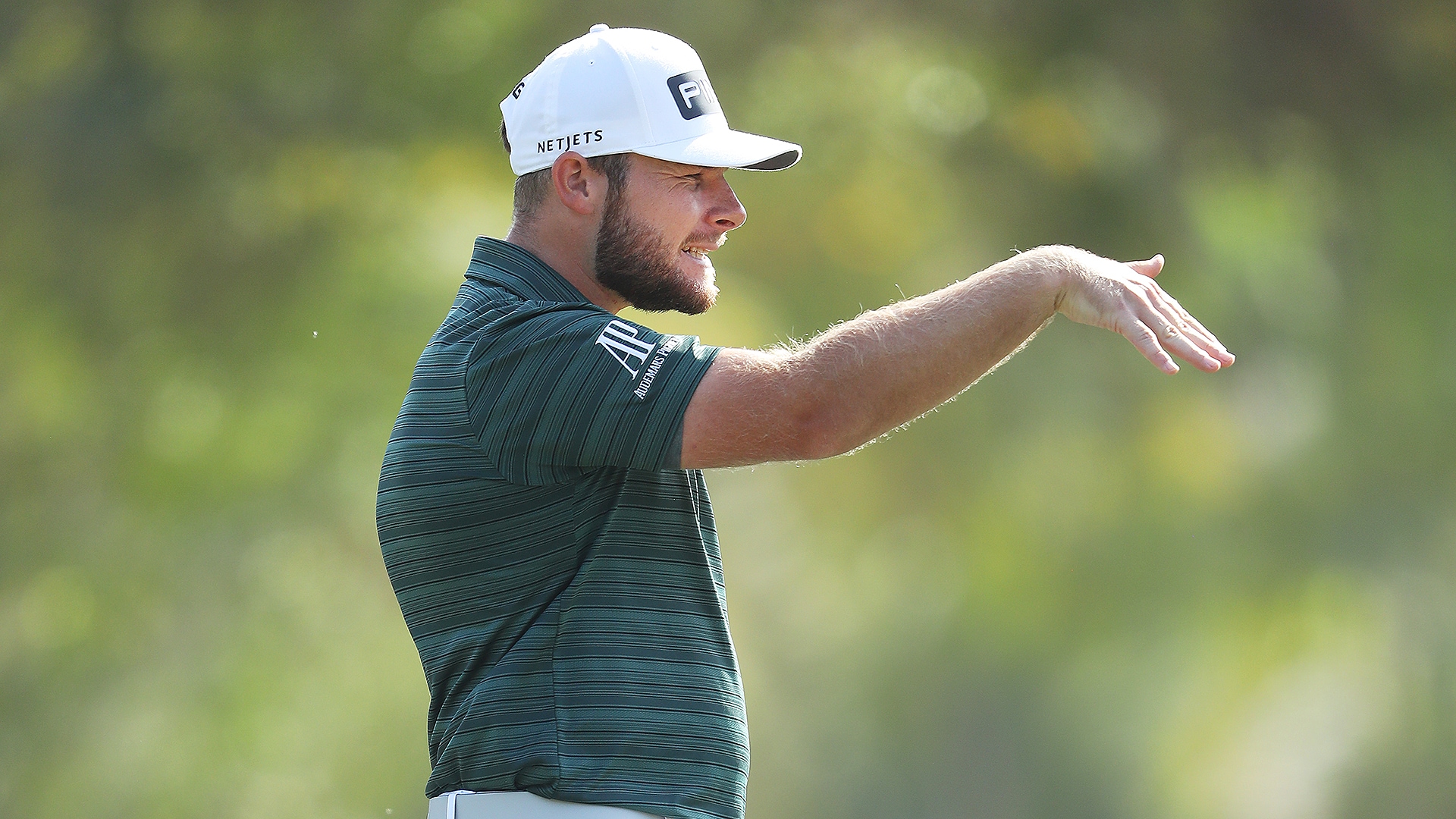 Fresh off a win in Abu Dhabi, Tyrrell Hatton looked poised to flame out a week later in Dubai.

A day after opening with a disappointing 76 at the European Tour's Dubai Desert Classic, Hatton rebounded with eight birdies and an eagle during a second-round 64 that vaulted him 92 places on the leaderboard. Having started the day in a tie for 115th, he’s all the way up to 23rd, just six shots off the lead of Thomas Detry.

“Looking back, I’m pretty happy with that round of golf, to be honest,” said Hatton, who sits at 4-under 140. “Going out today, the goal was to try to make the cut after yesterday’s disappointing start. So I’m really happy that I’m going to be here for the weekend. Hoping that I can push on now and see where we go.”

Hatton’s 76 was his worst score in three months, since the third round of the Zozo Championship. Last week, he chased down Rory McIlroy to capture the Abu Dhabi HSBC Championship in a runaway, his fourth win in the past 15 months, a title that moved him to a career-best fifth in the world ranking.

On Thursday, just days after another Rolex Series victory, Hatton admitted to feeling “so tired” and had “no momentum” on the course. He took a 90-minute nap in the afternoon, then logged nearly eight hours more overnight.

Now, improbably, he could go back-to-back with continued good play over the weekend.

“I think tomorrow is probably going to be an advantage going out a little earlier; the greens will be smoother,” he said. “So we’ll see how we get on.”