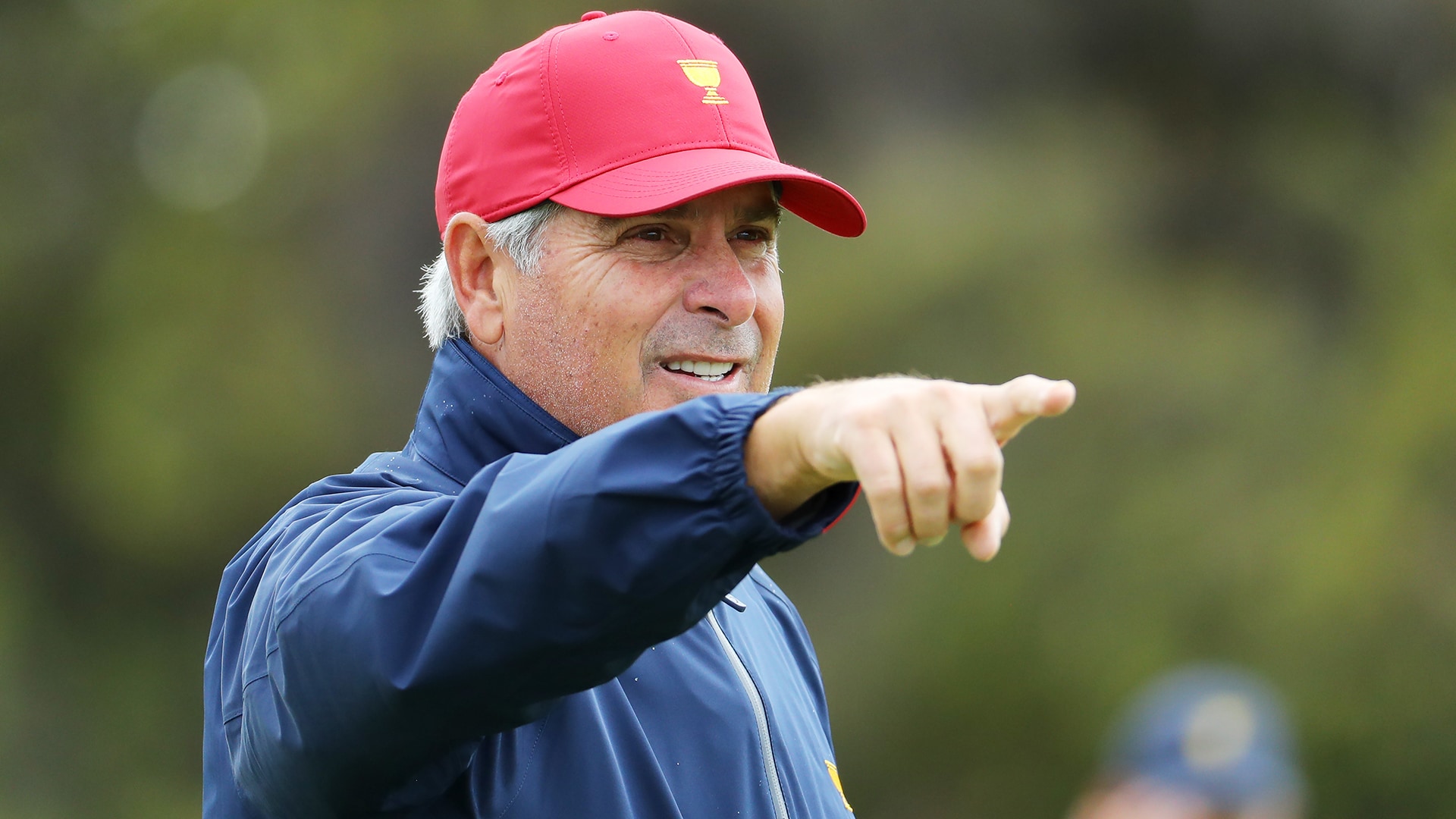 MELBOURNE, Australia – U.S. Presidents Cup vice captain Fred Couples will have a busier week than he expected at Royal Melbourne.

Couples said Wednesday that he anticipates captain Tiger Woods will play three times this week, which means while the captain is preoccupied in a match, Couples, who is a three-time Presidents Cup captain, or one of the other vice captains will fill the role.

While Woods is playing he will be allowed to cede the captain’s duties, which includes being able to give players advice, to one of his three vice captains, including Couples, Steve Stricker and Zach Johnson.

“Basically when Tiger is playing, [Stricker] will probably start out as the captain, and then it might move to me or it might move to Zach. It's pretty easy,” Couples said. “[International captain Ernie Els] can flip it to [vice captain Geoff Ogilvy] for a minute, to [K.J. Choi]. Just get the radio, you have to dial in and say, ‘Steve Stricker is the captain.’”

Under the guidelines for the match, every player must play at least one team session before Sunday’s singles, but it’s likely Woods would play at least twice before the singles.

The only session Woods likely wouldn’t play is Saturday’s fourball frame which is played before the afternoon foursome session and would keep him from being involved in the pairings process for the final team session.