Upgrade or not, new Tour Championship format has playoff familiarity 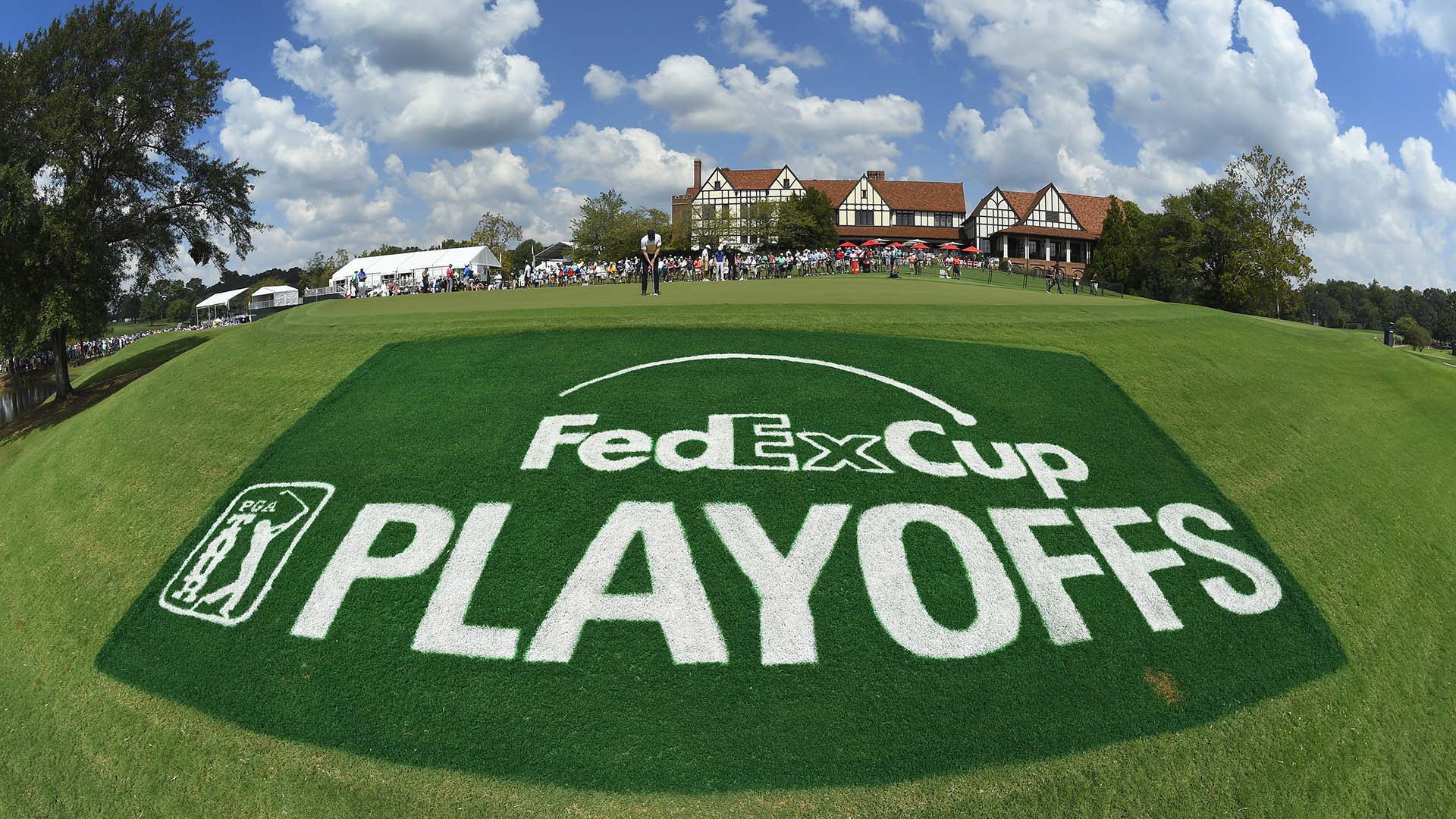 JERSEY CITY, N.J. – If playoff golf has always been something of a foreign concept to fans then this year’s postseason will probably feel like more of the same.

The PGA Tour continued to tinker with the FedExCup Playoffs with officials reducing the number of postseason stops from four to three, starting with this week’s Northern Trust, and made the points distribution for the first two events more volatile. And all of that is really just window dressing to the real sea change that looms later this month at the Tour Championship.

No longer will fans and players need to depend on complicated math and Steve Sands’ handiwork on a whiteboard to figure out who will win the season-long race thanks to a strokes-based scoring system that’ll be determined by a player’s position on the points list entering the finale.

Following the BMW Championship, the second of three playoff events, the points leader will begin the Tour Championship at 10 under. The next four players on the points list will start at 8 under through 5 under, respectively, while Nos. 6-10 will start at 4 under with the total regressing by one stroke every five players. Those ranked 26th through 30th start at even par.

When the final putt drops at East Lake there will be one champion – and not nearly as many questions.

The price of that simplicity has the potential for plenty of handwringing, though, if that single champion based on the new strokes-based scoring isn’t the guy who shot that week’s lowest score. It’s worth noting that Tiger Woods, whose victory at East Lake last year was universally celebrated, wouldn’t have won if the Tour had been using the new strokes-based scoring. Let that sink in.

For those who have endured a decade of confusion, however, the changes are worth the risk in order to simplify a process that has been anything but simple.

“It's actually almost like a freedom feeling,” Jordan Spieth said. “If you're holding a two-shot lead over four guys, it's like, you know, don't make the mistake, like just play to the center of the green. I think it might take a year or two for the public to really like it, but I think it will make for better finishes.”

Although the Tour has run the various scenarios using the new scoring format and claim that, statistically, Nos. 1 through 30 on the points list still have the same chance to win the FedExCup, there’s no longer the distraction of trying to figure out what everyone else is doing to assess your chances.

If you’re the points leader heading to Atlanta, you start the week with a two-stroke lead. That kind of clarity can be liberating or debilitating.

“I guess if you're [No.] 30, that's probably better,” Adam Scott said. “I don't know if it works the other way. If you're first, you double bogey the first hole, I know you're right there still, but it's a more immediate kind of flip. You had a points lead and the points don't get changed until another 71 holes, but they do change the score after the first, so if you double the first and you're the leader, you're now not.”

While the new system should be a wash statistically, it won’t feel that way when a poor first round unravels a season of solid work. Essentially, the new format takes the math out of the equation and makes the finale more about emotion, which is kind of what the event has been largely missing.

“I know they ran models and it said the outcome would only be different, historically, on one or two occasions using the new format. We all know that’s not the case,” Casey said. “Before you had kind of a safety net. You could be third in the FedExCup and get ill the week of the Tour Championship and probably only fall to like fifth or sixth. If you get sick now, you’re gone.”

It will likely take fans – and even some players – a few years to fully digest the new format, but consider how far the event has come in the decade since Vijay Singh won the season-long race in 2008. The Fijian had built such a large advantage in points that he needed only to remain upright for four days to collect the cup.

Not only will the points leader heading into this year’s Tour Championship be subject to the new volatility, those trailing the front-runner will be given renewed optimism.

“It's an interesting one, but I've got to think if you're teeing off at even par, so in 30th position, you feel like you have a better chance of winning in this format than the other way,” Scott said.

If current points leader Brooks Koepka doesn’t win at East Lake, or struggles and finishes well down the season-ending points list, some will conclude the new system is overly volatile. Perhaps, but that’s why the Tour created the Wyndham Rewards list and doled out $2 million to Koepka for winning the regular-season points race last week.

It’s also why the new scoring system is an upgrade over all of the other versions. The new format represents a shift to something that at least resembles a playoff, with a greater focus on postseason performance and not regular-season history.

Playoff golf will still seem foreign to some, but it’s also starting to look vaguely familiar.