'The ups and downs are just a little too much': Rory McIlroy eyes some change 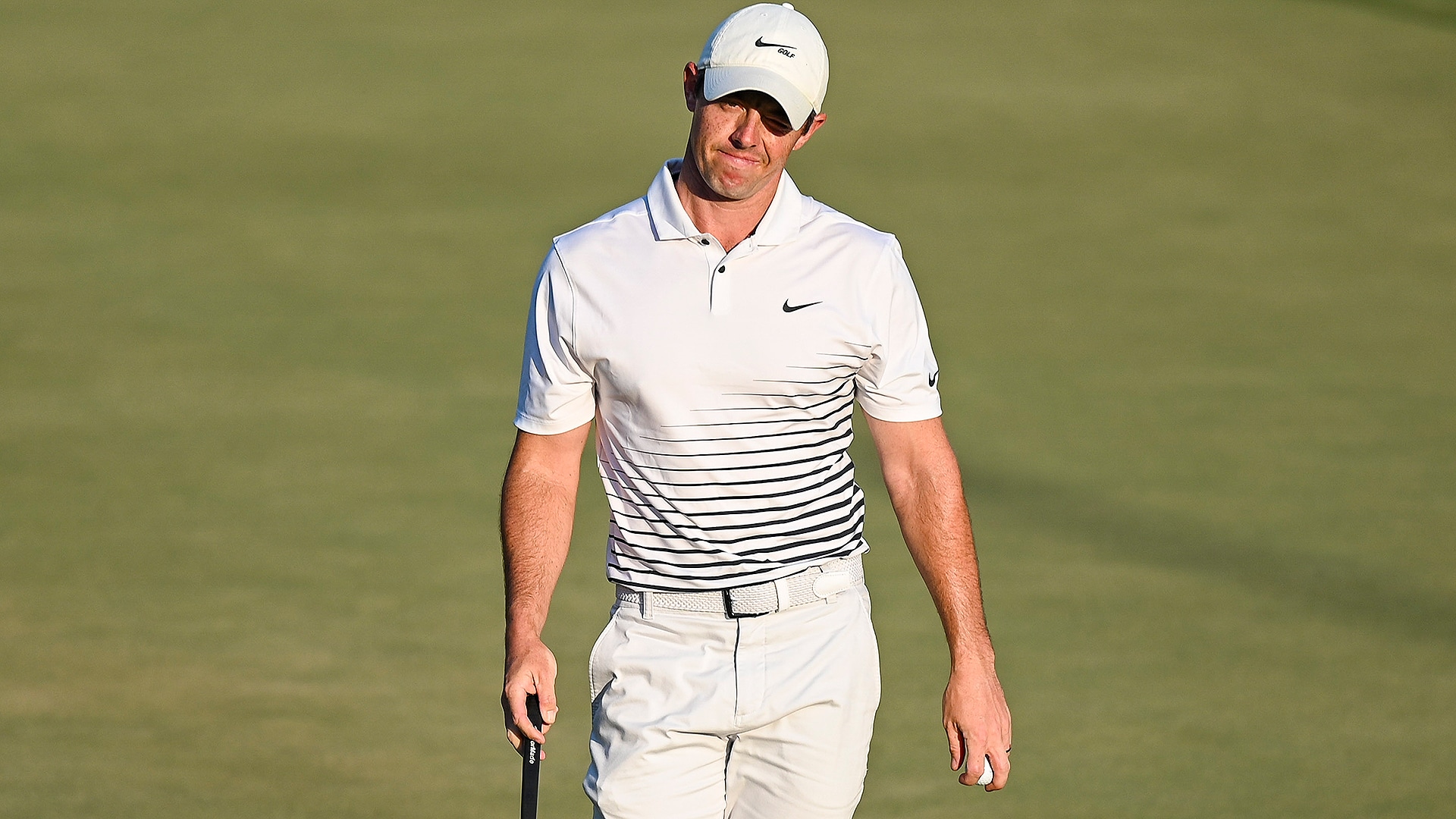 PONTE VEDRA BEACH, Fla. – We’ve all been there. It was the bad golf talking.

Or maybe it was a few weeks of inconsistent golf that led Rory McIlroy to turn some heads on Sunday at the Arnold Palmer Invitational following another disappointing finish. In the heat of the moment the Northern Irishman acknowledged he was “a little dejected” and that, “I don't know, maybe looking to go in a different direction,” he said.

Comments like that normally lead to predictable outcomes – new swing coaches, new caddies, new equipment. But when it comes to the endless search for answers the world No. 11 – to add insult to injury he also dropped out of the top 10 for the first time since 2018 – wasn’t so much laying the groundwork for wholesale change so much as he was offering a glimpse into how a player thinks.

“I certainly didn't mean like a change of personnel, per se. I think more a change in philosophy or maybe what I'm trying to work on, maybe going in a slightly different direction,” McIlroy clarified Tuesday at The Players. “Swing-wise I think there's some things that I'm working on that haven't quite bedded in or I'm struggling to grasp what I'm trying to do, so that's sort of what I meant, talking about going in a different direction.”

At first blush McIlroy’s season hasn’t exactly been “blow it up” worthy. He’s finished inside the top 10 in nearly half his starts (four), including last week’s T-10 and a tie for sixth the week before at the relocated World Golf Championship, and has missed just a single cut.

Even those who point out he is 16 months removed from his last PGA Tour victory can be quieted by the coronavirus-driven irony that the 31-year-old will technically be defending two titles this year (the ’19 Players and WGC-HSBC Champions, which were both canceled last year because of the pandemic).

Not that any of that helped McIlroy’s mood following his closing 76 on Sunday at Bay Hill. When it comes to players of his caliber top-10 finishes don’t move the needle and he had no interest in dancing around the edges of his current competitive plight.

“I did feel dejected. I felt disappointed. I think one of the biggest things is, it's funny, I'd almost feel better if my game was worse, but it's the inconsistency of I shot 66 on Thursday and thought, I've got it, I feel really good, and then I didn't quite have it,” he said. “The ups and downs are just a little too much.”

It's been a far-too-familiar tale for McIlroy in recent weeks. He opened with rounds of 68-71 at the Farmers Insurance Open only to close with a sloppy 73 to tie for 16th place. At Arnie’s Place last week, it was opening rounds of 66-71 followed by an utterly forgettable weekend of 72-76 and a two-hour drive north to the Tour’s flagship event to rehash all the cringy details.

Some rounds his ball-striking looks as flawless as ever. On Day 1 last week at Bay Hill he gained 3.13 shots on the field with his iron play, according to strokes gained: approach the green. On Saturday that advantaged had flipped to losing nearly 2 ½ shots to the field from the same fairways - with lift, clean and place in effect.

Consistency is the goal of every golfer, whether you’re the world No. 11 or an 11-handicap, but those types of swings are simply unacceptable and why on Sunday, on his way out of town, McIlroy sounded like a man who was ready to start over.

“I'm sort of struggling to come to terms with it and sort of trying to figure out what I need to do because the good stuff is there,” he said. “But it's when it goes slightly off, how do you manage that? I feel like over the last few years, I've been really good at when my game hasn't been fully there, still be able to shoot 69, 70, still being able to get it under par, where I feel like the last few weeks when it hasn't felt quite right, I'm sort of treading water.”

Specifically, McIlroy said his swing struggles have been the result of an “unusual pattern.” For his entire career when things aren’t going well it was the byproduct of his club getting “caught” behind his body on the downswing. It was a flaw, but a flaw he could compensate for. His current issue is the opposite with the club getting too far out in front of him.

“This feeling that I have at the minute, I'm not used to managing it, so that's where the two-way miss comes in, and that's where I just have to figure out what to do to get it back to a familiar pattern,” he said.

The closest thing to a swing makeover for McIlroy – who continues to work with the same swing coach, Michael Bannon, that he had as a junior – was following the 2010 season when he started to focus on his fitness in order to do the things with his swing that he wanted. But even that wasn’t so much a change to his swing as much as it was a change to his base.

By comparison, his recent struggles do feel different and maybe it is time for a “slightly different direction,” just don’t expect a wholesale change.