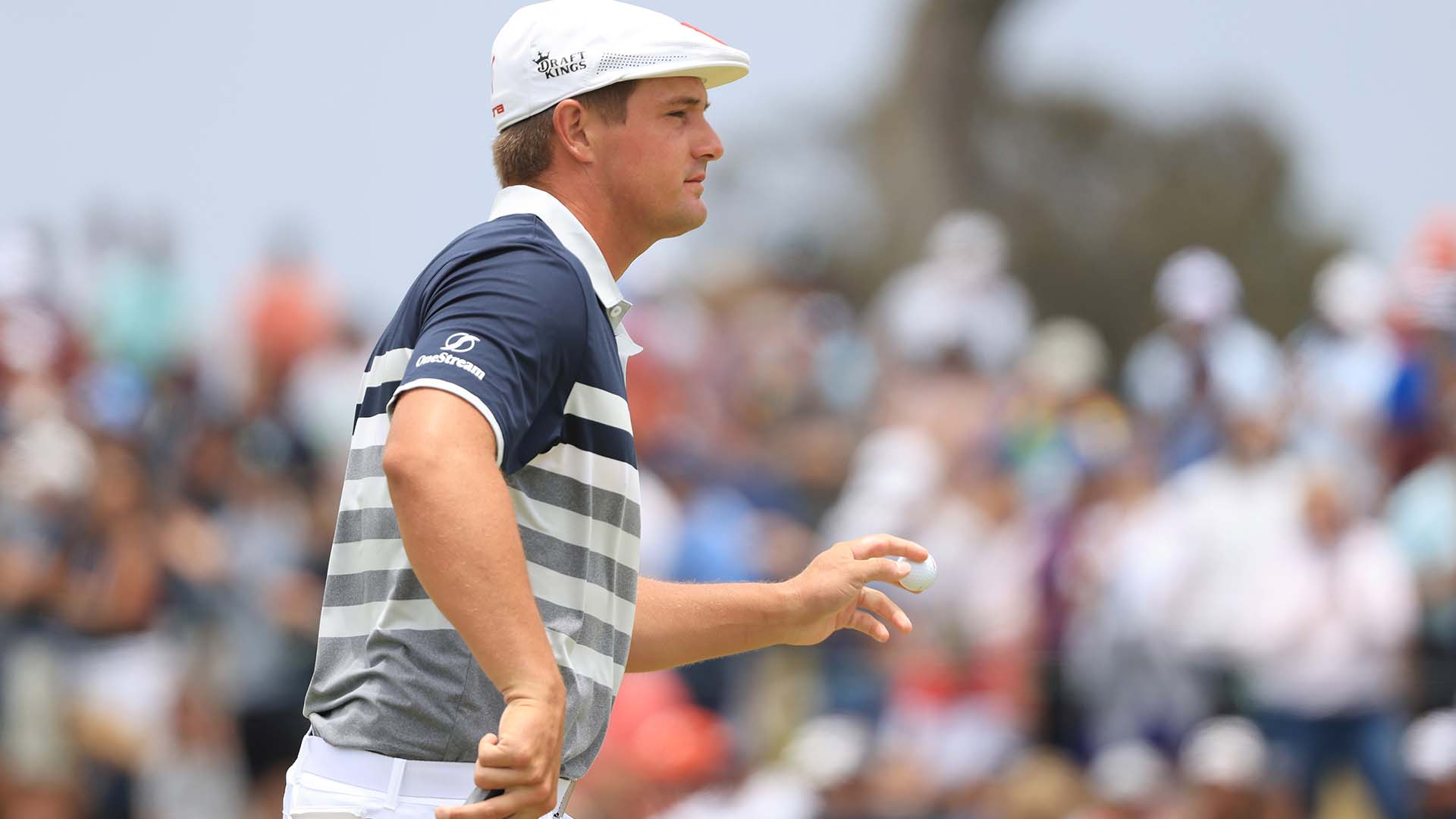 SAN DIEGO – Bryson DeChambeau moved into the lead Sunday afternoon at the U.S. Open after coming inches from ace-ing the par-3 eighth hole.

Little went his way the rest of the day, and according to DeChambeau, there wasn't much he could control.

DeChambeau bogeyed Nos. 11 and 12 and then slipped twice while playing the 13th hole on his way to a title-ending double-bogey-7.

“I slipped twice on 13. I mean, that was really weird. I don't know what happened. But that's the game,” said DeChambeau, who also carded a snowman at the par-4 17th and tumbled from a tie for first to start the back nine into a tie for 26th.

“Unfortunately, had bad break after bad break happen. I played two little shots next to the green, both weird lies, both trying to get cute with them and messed up on 13.”

Although he said he understands that bounces, both good and bad, are part of the game, the analytical side of DeChambeau seemed to struggle with the haphazard nature of the game late Sunday.

“Nobody understands, at least if you play professional golf, major championship golf. A lot of it is luck,” said DeChambeau, who closed with a 77. “I can't tell you how many times I hit shots this week into bad lies and good lies, and they played out 50-50 this week. I caught the bad lies in the back nine today.”

When asked by a reporter afterward how his final round at Torrey Pines got "off the rails" so quickly, DeChambeau was quick to maintain that it was mostly out of his control.

"I didn't get off the rails at all. It's golf," he said. "People will say I did this or did that, and it's just golf. I've had plenty of times where I hit it way worse than today and I won. It's just one of those things where I didn't have the right breaks happen at the right time."