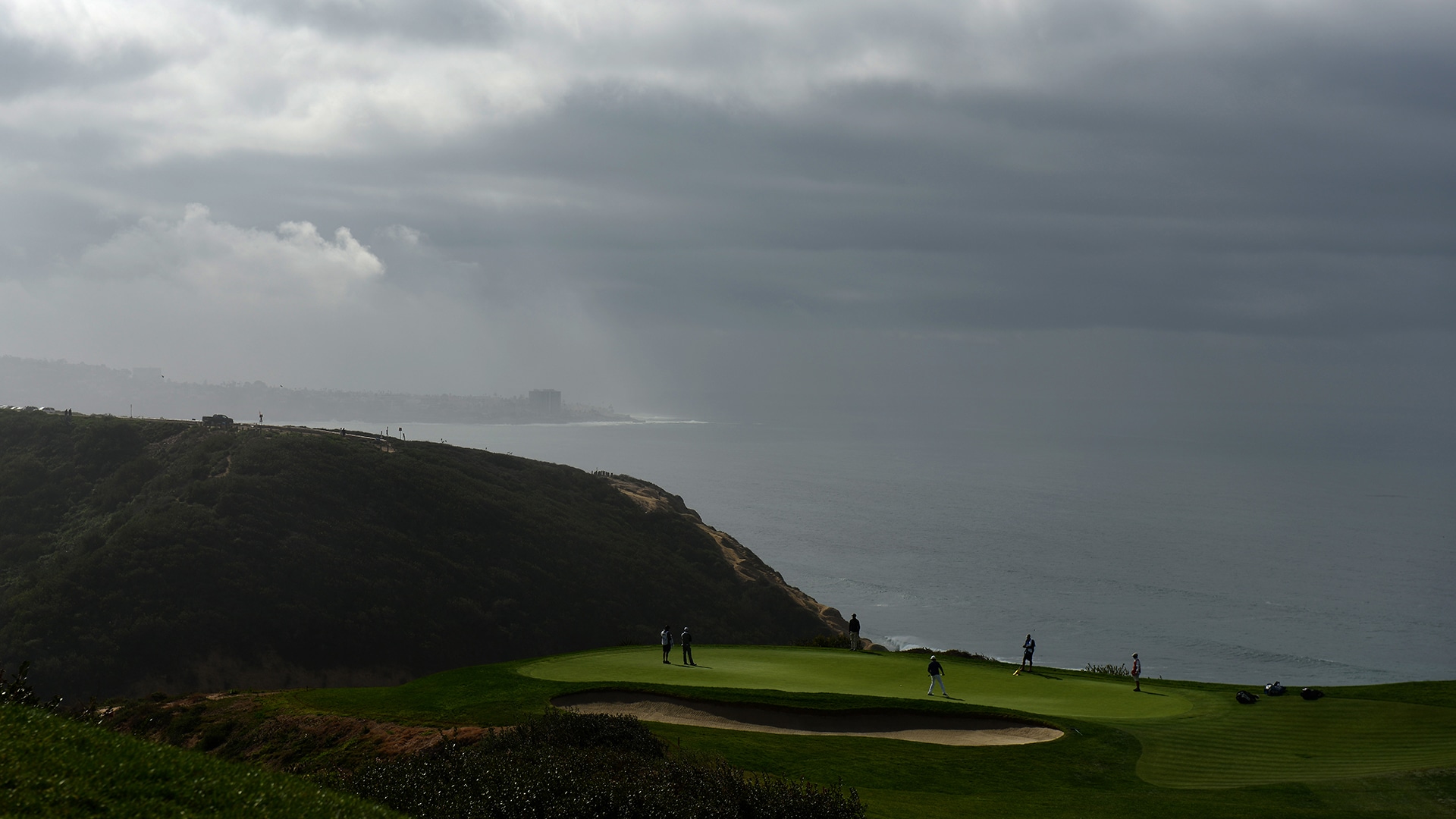 A hole-by-hole look at the South Course at Torrey Pines Golf Course, site of the 121st U.S. Open on June 17-20. Includes description, along with the stroke average and rank (hardest to easiest) from the 2008 U.S. Open at Torrey Pines:

Two bunkers to the right and a longer bunker on the left should be avoided, with the left side of the fairway preferred for what could be a 7-iron or less depending on the wind. The green is slightly elevated and pitches from back to front, guarded by bunkers on the both sides. Tiger Woods made three double bogeys in the five rounds he played at the 2008 U.S. Open.

A driver could leave a wedge to the green, but anything not in the fairway spells trouble. Anything right off the tee could find a tricky bunker, with a long bunker stretching along the left side of the fairway. The green slopes severely from back to front, and is very quick in the back right location. Anything long drops off severely. 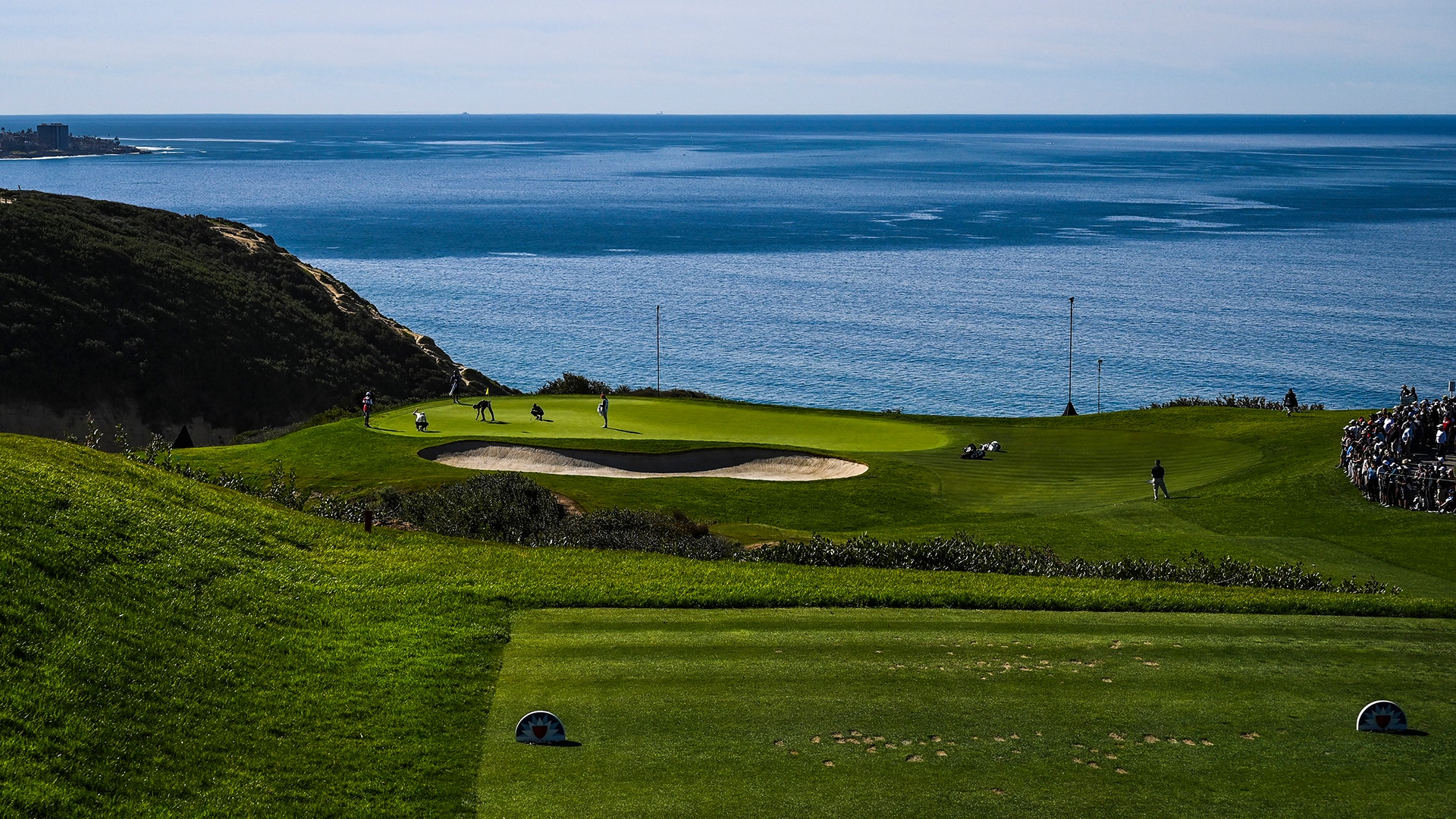 One of the best holes on the course, and certainly the most scenic from an elevated tee with the Pacific as a backdrop. The USGA used two tees some 50 yards apart in 2008. The two-tiered green slopes from left to right. A big bunker guards the front left of the green, with a hazard that falls off into a gorge on the left and behind the green. 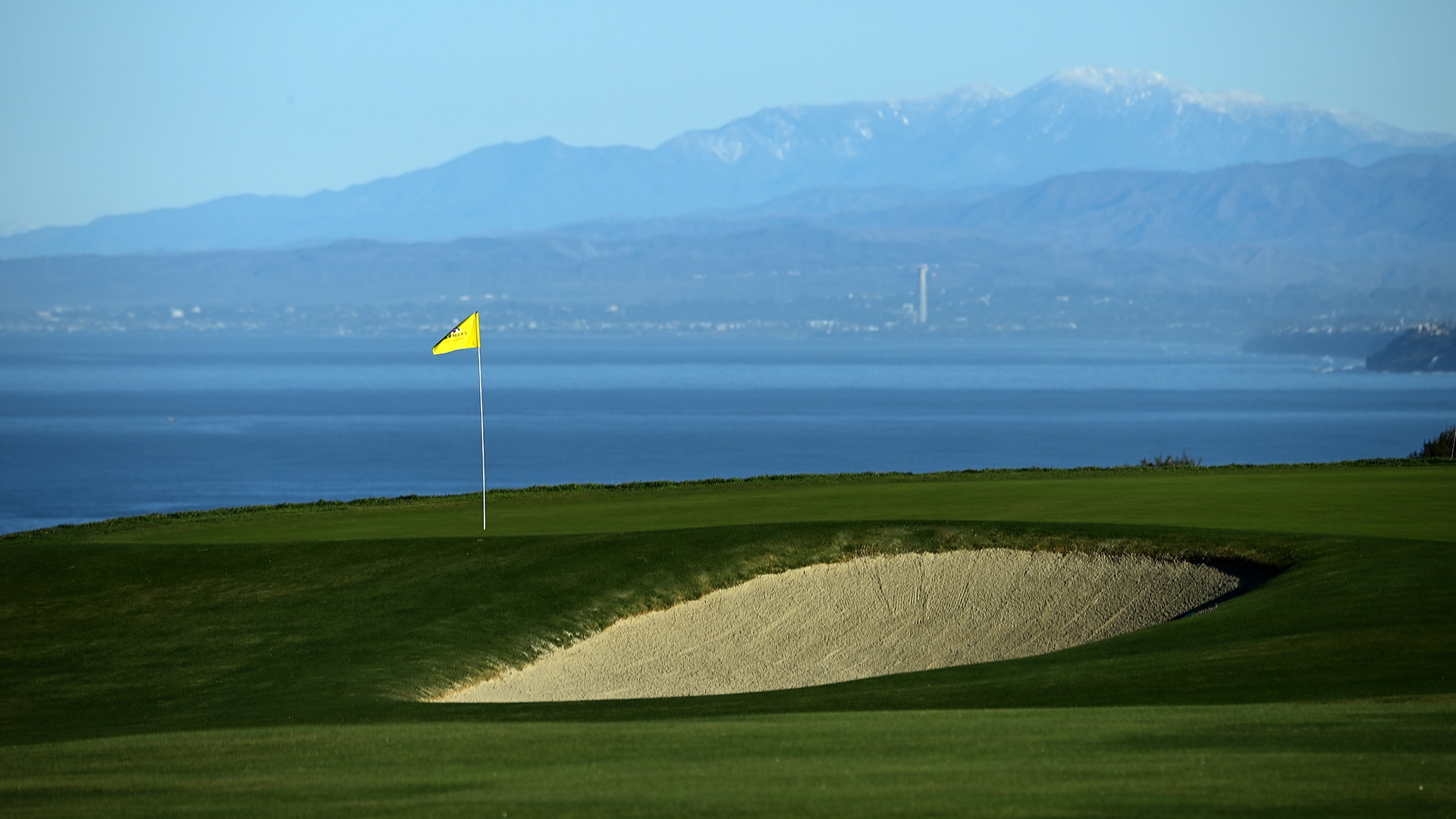 This runs along the cliffs overlooking the Pacific to the left. A bunker on the right could see plenty of tee shots. The approach is to a narrow green that is exposed to the wind along the cliffs. 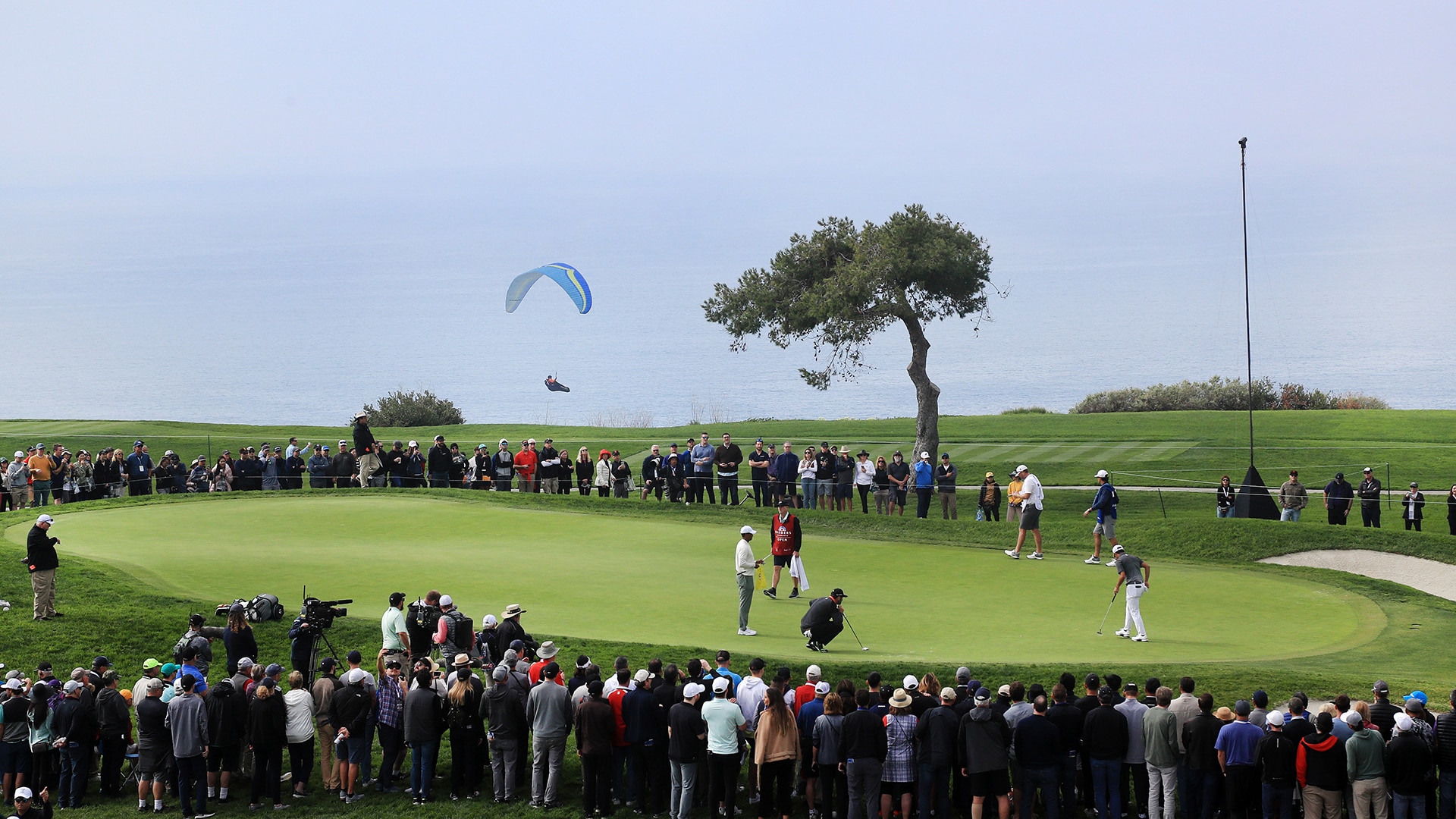 This has a similar look to the second hole, the fairway squeezed by bunkers on the right and left. The key is the approach to a green that is narrow and slopes severely, with a deep bunker to the right causing problems. Approach shots must be kept below the hole for a decent shot at birdie and to avoid the potential three-putt.

This again has been converted to a par 4 for the U.S. Open, mainly because the green is open to a long approach. The aggressive drive takes on the canyon on the right with a slight draw. Otherwise, the drive must avoid a cluster of bunkers on the left and plenty of pines. A long iron is required to a green that is protected by bunkers on both sides. 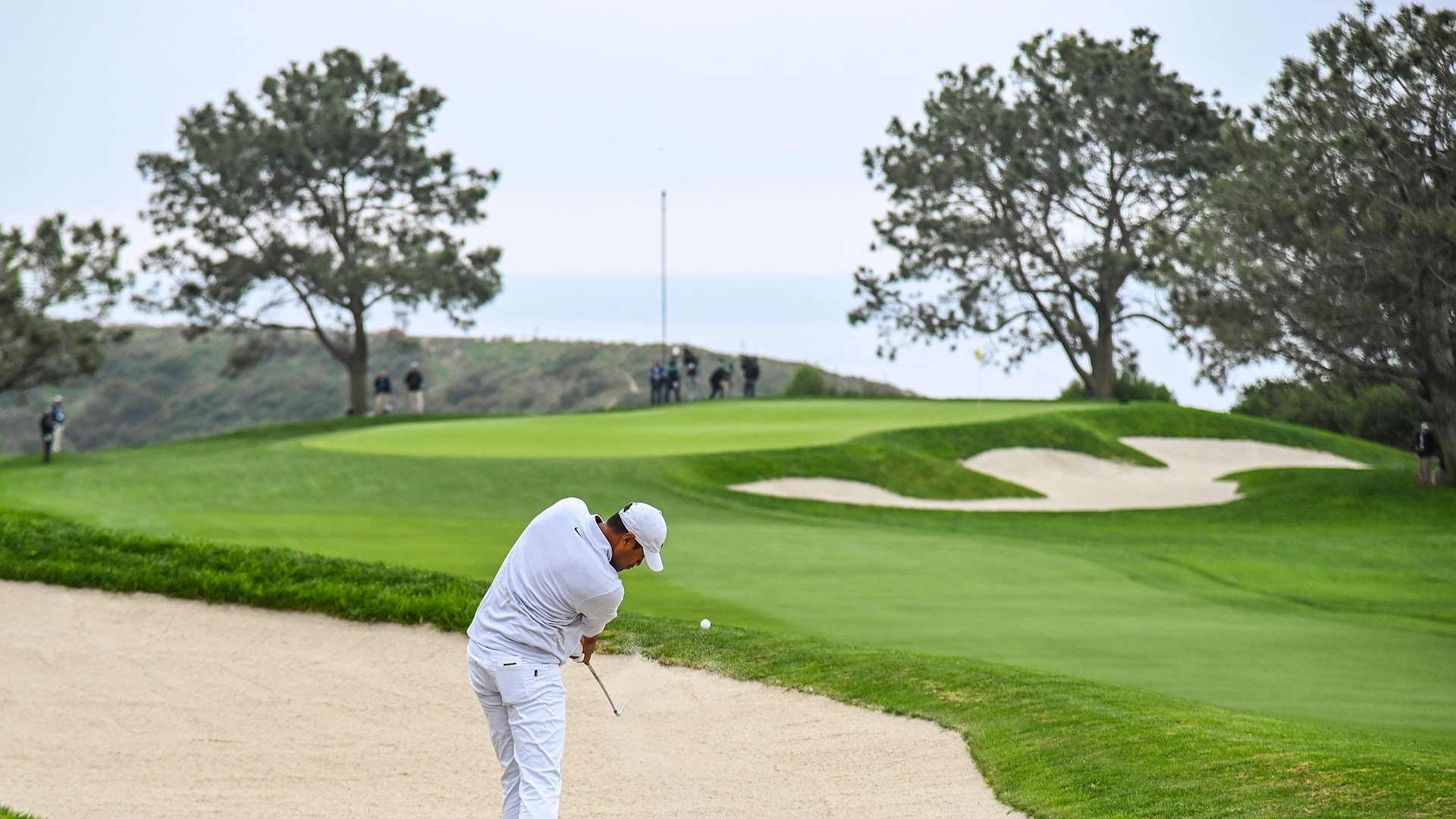 Precision is demanded off the tee, with a fairway bunker in the landing zone to the left and trees lining a canyon to the right. The approach is to an uphill green that is deceptively narrow and falls off sharply, with a large bunker protecting the front right part of the green. This is where Tiger Woods made par on the first extra hole of a 19-hole playoff to win in 2008.

The least dramatic of the par 3s, but still tough to find a birdie. The green is two-tiered and not entirely visible from the tee. A large bunker guards the front of the green, with a smaller bunker over the back, but the key is to find the same level as the hole location. Otherwise, lag putts are difficult. 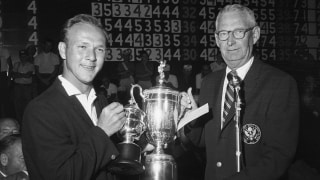 Take a look at some answers to FAQs about the U.S. Open, which is being played this year in Brookline.

Only the longest hitters can go for the green, and it might not be worth it with the grass shaved in the back to create a run-off area. Bunkers are on both sides of the fairway in the landing area, and the green is two-tiered with bunkers on both sides of the front portion. Only the par 5s played under par in the last U.S. Open. This was the toughest of the three.

Those starting the first two rounds on this hole will have an easier time, even with a new tee box that makes it 35 yards longer than last time. Most players will opt for a fairway metal off the tee and keep it on the left side for a short iron to a sloping green that is guarded by bunkers at the front on both sides. 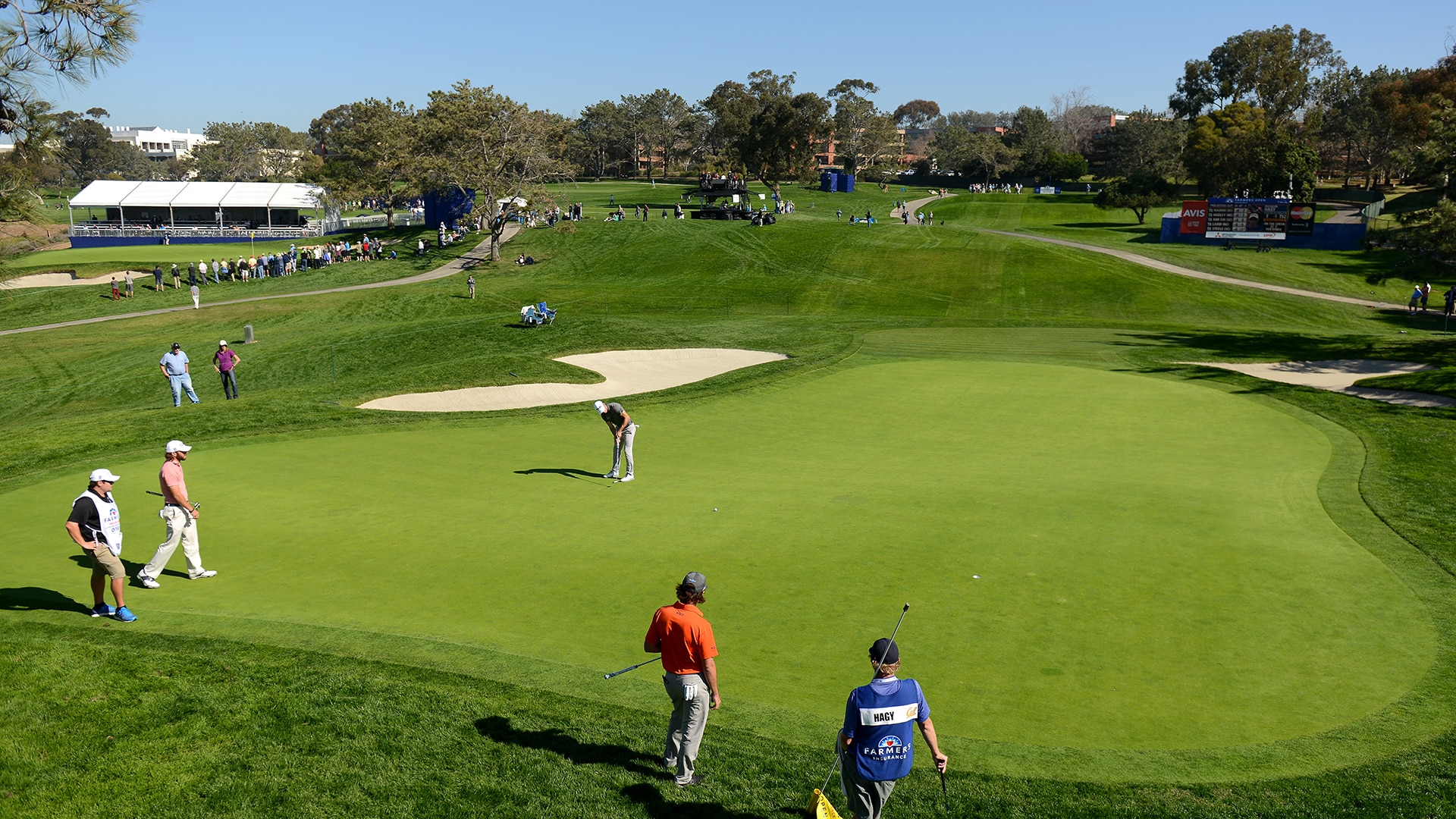 A tough par 3 that typically plays longer than its yardage because of the prevailing wind from the ocean. The tee shot is straightforward, but must avoid a narrow bunker along the right side of the green and two smaller bunkers to the left. The green slopes severely from right to left.

The toughest hole on the course, the fairway is generous, with a couple of bunkers on both sides, but the two on the right more often come into play. Only a solid tee shot will allow players to reach the green in two, but anything short is still a fairly simple up-and-down, because the green is 35 yards deep and receptive to uphill chips.

Two tees typically are in play. From the back tee at full length, a 240-yard carry is required to clear the canyon and reach the fairway, and it’s doubtful anyone can reach the green in two. The green is elevated and protected in front by deep rough and a series of bunkers. A forward tee could mean a 3-wood for position and a better chance to reach in two. 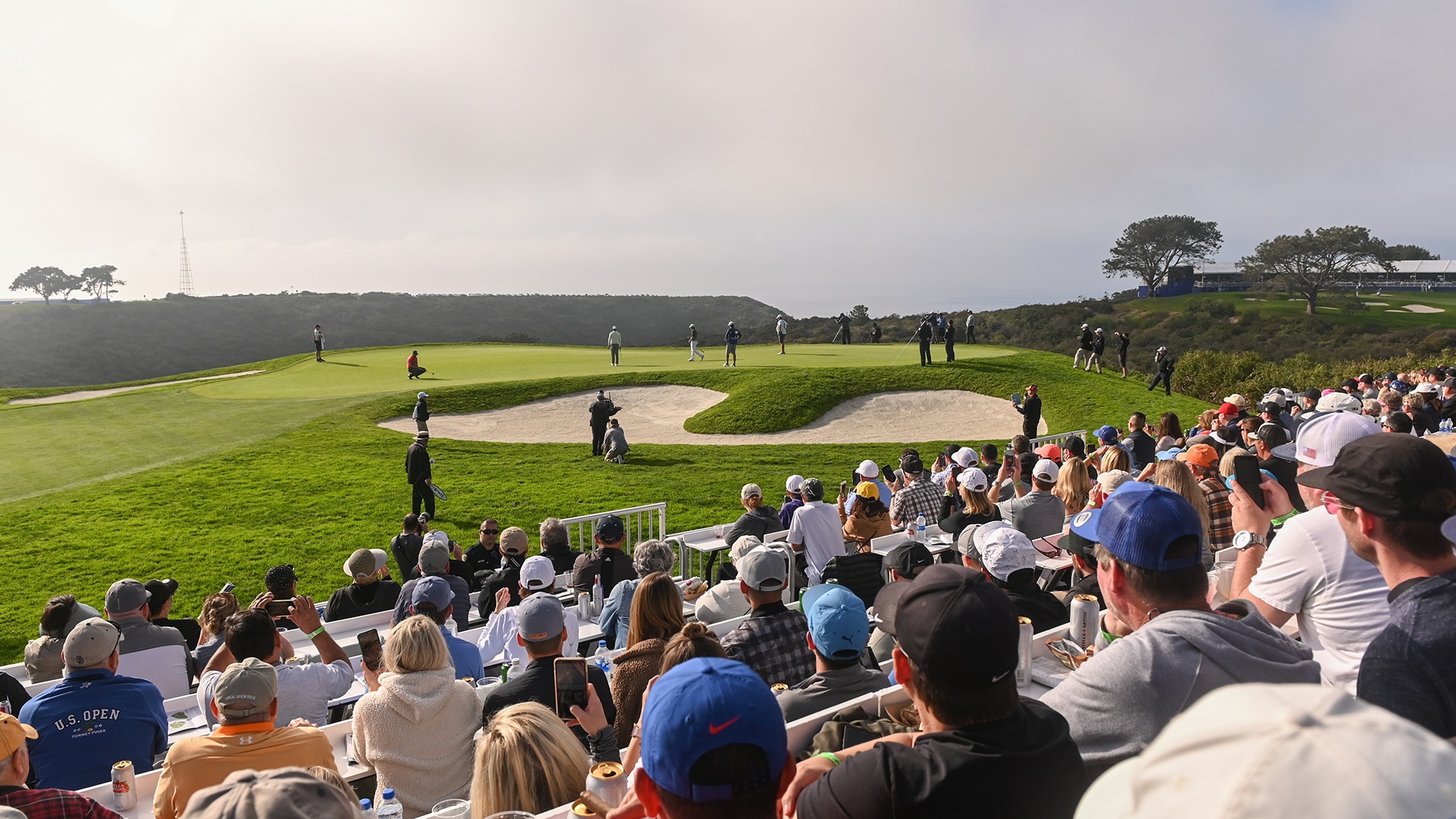 Two bunkers are situated down the right side of the fairway, but the greater fear is a canyon to the left. Players tend to aim further to the right, bringing trees into the picture for anything too far off line. The green, protected by deep bunkers left and right, is one of the most exposed on the course. The USGA used a forward tee last time to make it reachable off the tee. Anything over the green could run down the slope and into a hazard.

Eucalyptus trees line both sides of the fairway, making this the one of the most claustrophobic tee shots on the course. It’s the only driving hole without a fairway bunker, but none are needed. Anything left could force a low runner under the branches of trees. The green is slightly uphill and slopes aggressively from right to left, with bunkers on both sides. The left has been shaved to create another collection area below the green.

Two tees offer dramatically different views. The longer tee is straightforward to an open green, with deep bunkers on both sides, but the wind can complicate the angle. The shorter tee to the left requires a carry over the canyon and brings the bunkers into play, but players can aim more to the right and ride the prevailing breeze off the ocean.

With a prevailing breeze at the back, most players will go with an iron or fairway metal to play short of a large bunker on the right side. Players who are more aggressive must be aware of the canyon on the left. The green is elevated, wide and severely undulating, protected by small bunkers on both sides at the front. 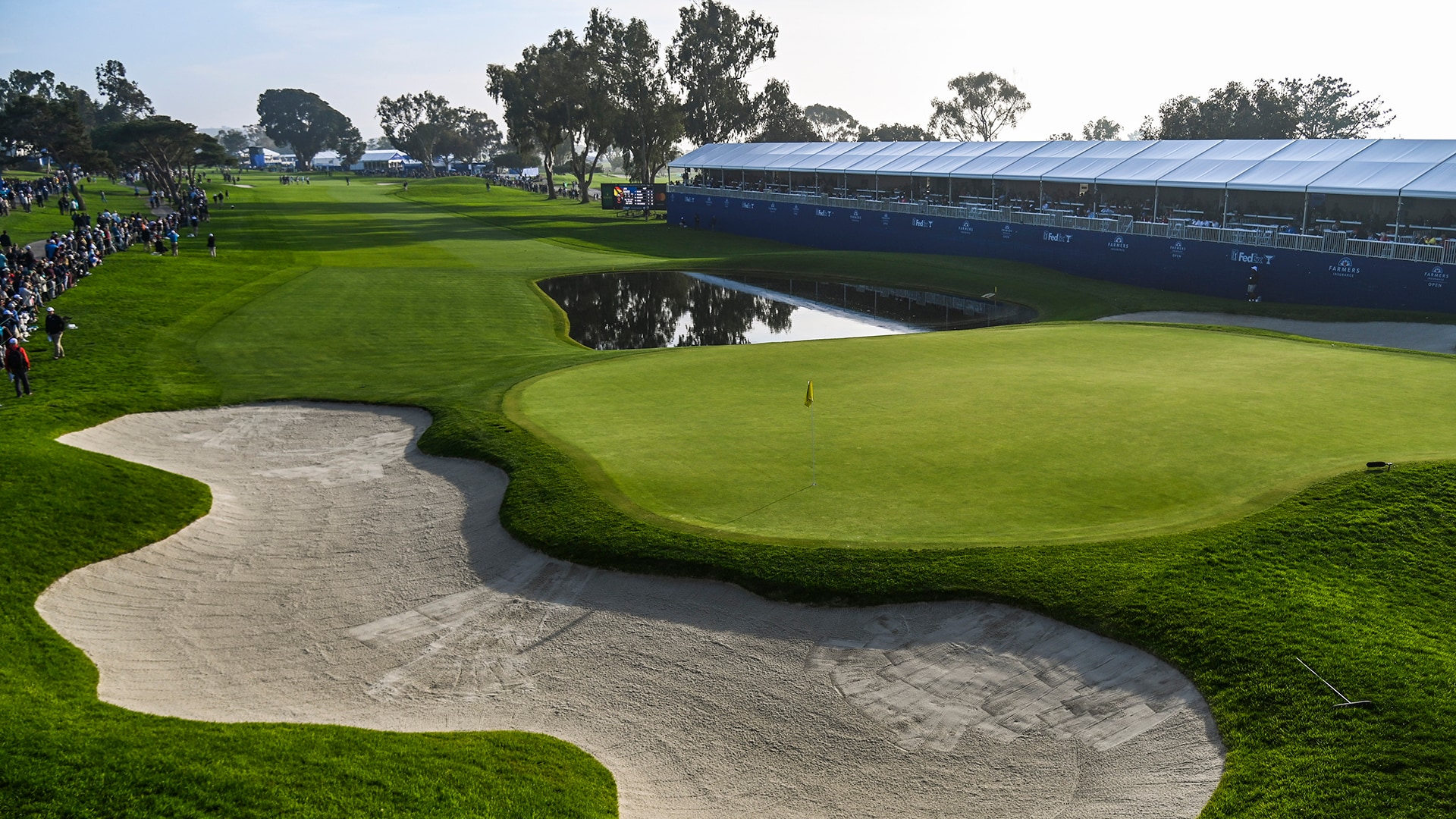 The USGA decided to leave this as a par 5, making it among the most exciting closing holes for a U.S. Open. The tee shot must avoid bunkers right and left (along with the rough) to go for the green in two. A large pond guards the front left portion of the green, with bunkers curling on both sides of the narrow green. Those who lay up must guard against too much spin on their third shot, especially with a front pin, as the green slopes to the front toward the pond. Woods found the right bunker on the final hole, laid up in the rough, hit lob wedge to 12 feet and made birdie to force a playoff in 2008.