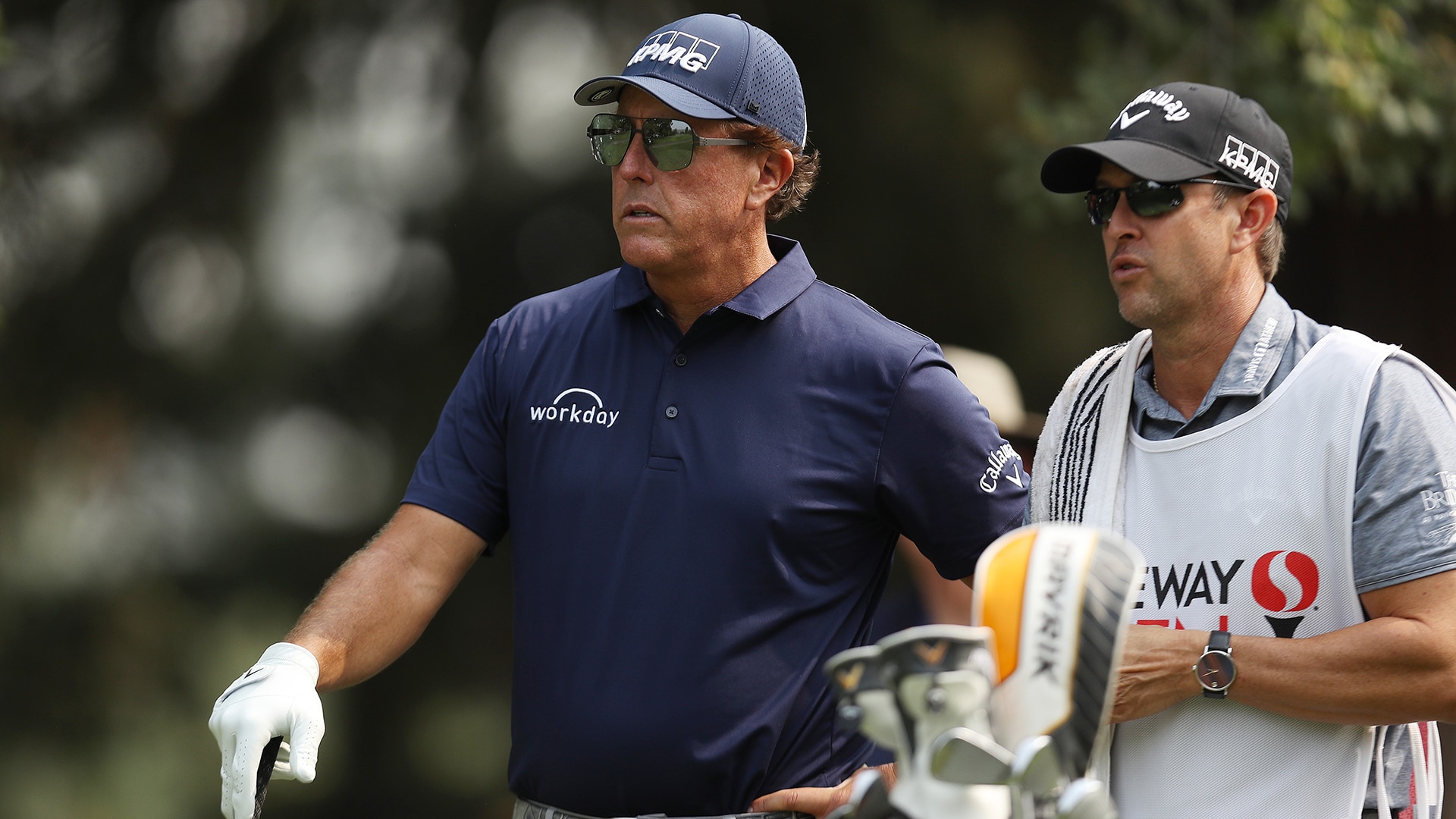 MAMARONECK, N.Y. – Phil Mickelson was all smiles as he walked off the 18th green at Winged Foot.

It was Tuesday, after all, not Sunday.

This nine-hole practice round was the first time he’s seen the course since he blew a one-shot lead on the 72nd hole of the 2006 U.S. Open. For the six-time runner-up, his gaffe-filled double bogey on the final hole will go down as one of his most heartbreaking losses.

So will redemption be on his mind as he tees it up here in the 120th edition of the U.S. Open?

Though his wide-left drive on 18 is the moment that’s replayed over and over from that near-miss, Mickelson struggled mightily off the tee all week at Winged Foot, finding just 43% of the fairways. Inaccuracy off the tee has plagued Mickelson for much of his Hall of Fame career, of course, and with age he hasn’t significantly improved: He ranked 155th on Tour in driving accuracy this past season, and last week at the Safeway Open, on another tight course at Silverado, he found only 21% of the fairways.

So this week, he’s changing up his game plan. He’s added a few degrees of loft to his driver. He’s trying not to swing as hard. And he said he will use more 3-woods in an attempt to find the fairway more often.

“The key for me in ’06 was to miss it big, which I did, and I usually don’t have a problem doing [that] – that way I’m in the trampled-down areas and have a shot,” he added. “But that’s not the case here. The rough is extremely thick and you’ve got to drive it straight. That’ll be a real key for me and everyone in the field.”