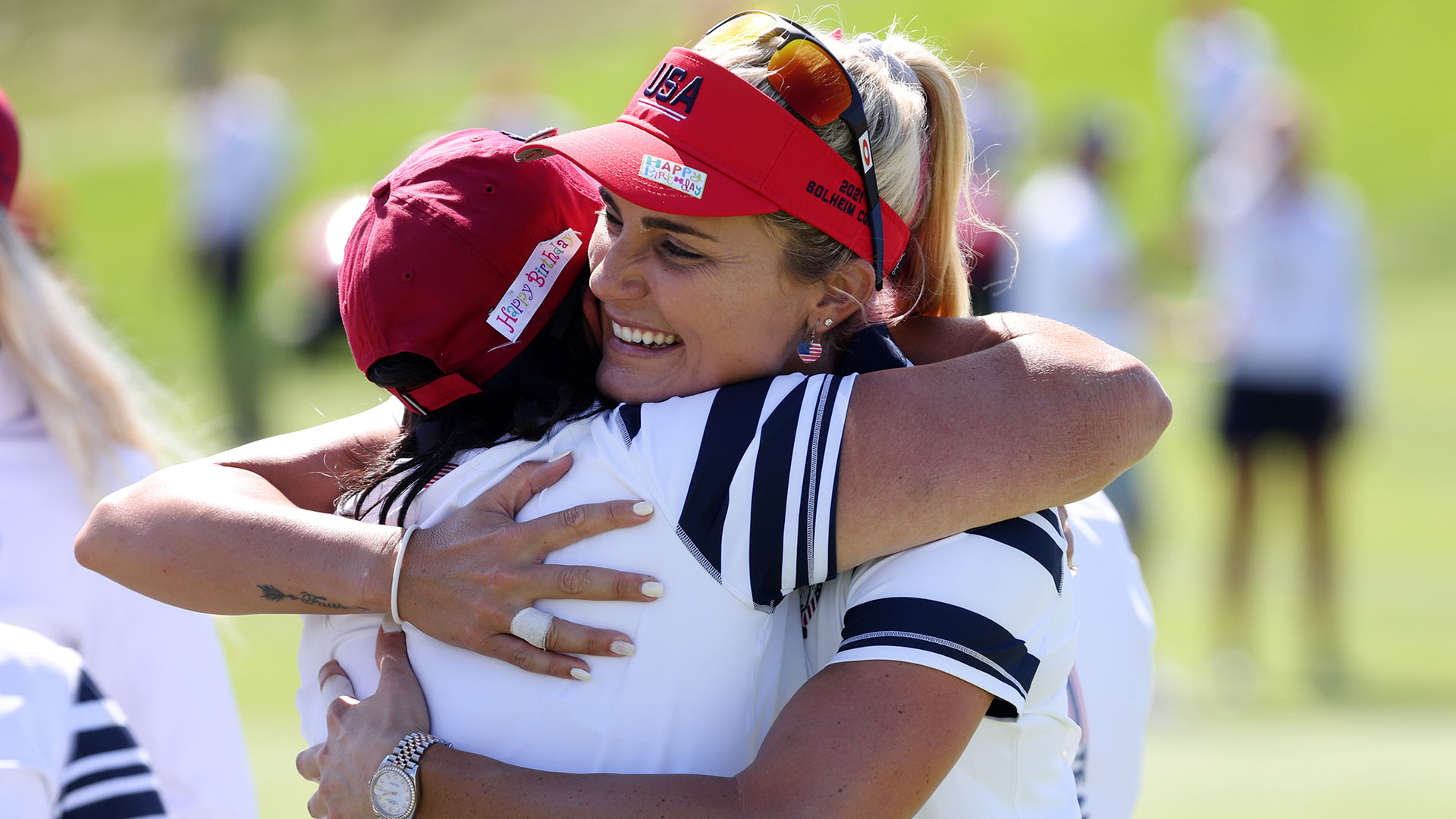 TOLEDO, Ohio – Before the second match of the day was announced, there was already blue on the board on Day 2 of the Solheim Cup.

Madelene Sagstrom rolled in a birdie putt on the first hole and Europe was immediately 1 up in the first match.

An ominous start for an American side trailing by three points to start the Sunday morning foursomes.

At one point, Europe led in all four matches at Inverness Club. But by session’s end, the Americans had won three of those contests and closed its deficit to one point, 6 ½ - 5 ½, entering the afternoon fourballs.

"I mean, it was quiet this morning. Out there starting out there was a lot of blue on the board, but it's all about the ending, and I saw a lot of red at the end, so that was what we wanted," U.S. captain Pat Hurst said.

The only morning match that was never in doubt included the world’s No. 1 player, and it was not to her benefit. A day after their controversial fourballs win, top-ranked Nelly Korda and Ally Ewing were routed by Mel Reid and Leona Maguire.

The European duo built a 4-up advantage through five holes and cruised to a 5-and-4 victory. That point gave Europe a 6 ½ -2 ½ overall lead but, at the time, the remaining three alternate-shot matches all stood at 1 up (two in favor of the U.S. and one in favor in Europe). 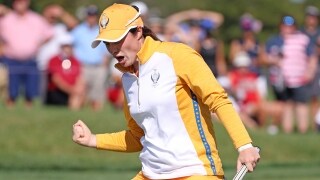 Here's a look at afternoon fourball pairings on Day 2 of the Solheim Cup at Inverness Club in Toledo, Ohio.

The final hour-plus (play was exceedingly slow for the second straight day), was very kind to the home team.

Austin Ernst and Danielle Kang held on to their advantage and defeated Sagstrom and Georgia Hall, 1 up

Lexi Thompson and Brittany Altomare didn’t need the 18th hole as Thompson rolled in a 25-foot birdie putt at the par-4 17th to win, 2 and 1, over Charley Hull and Emily K. Pedersen.

"I think Lexi and I's attitude today was just go beat them, get ahead, stay ahead, and just play our games and be aggressive. I think we did that," Altomare said.

It was a redemptive triumph for Thompson, who had missed several shorter putts throughout the first three sessions of the competition and finally got her first win without Cristie Kerr as her partner. Thompson was 0-5-2 with six other Solheim Cup partners prior to Sunday morning.

Having closed the gap to two points, 6 ½ - 4 ½, the Americans completed the rally thanks to Lizette Salas and Jennifer Kupcho.

Trailing 1 down through 13, they won the 14th hole when Anna Nordqvist and Matilda Castren made double bogey. The U.S. then birdied the 15th hole to go 1 up and went 2 up with a Euro bogey at No. 16.

Kupcho nailed the coffin shut, like Thompson did before her, with an emphatic birdie at No. 17. The U.S. prevailed, 3 and 1.

"I think we just told ourselves that we're Team USA and we need to play Team USA golf. We're some of the best players in the world," Salas said.

"I feel like we don't have to do anything special. We just come out here and do our thing."

There are four afternoon fourball matches and then 12 singles matches on Monday.