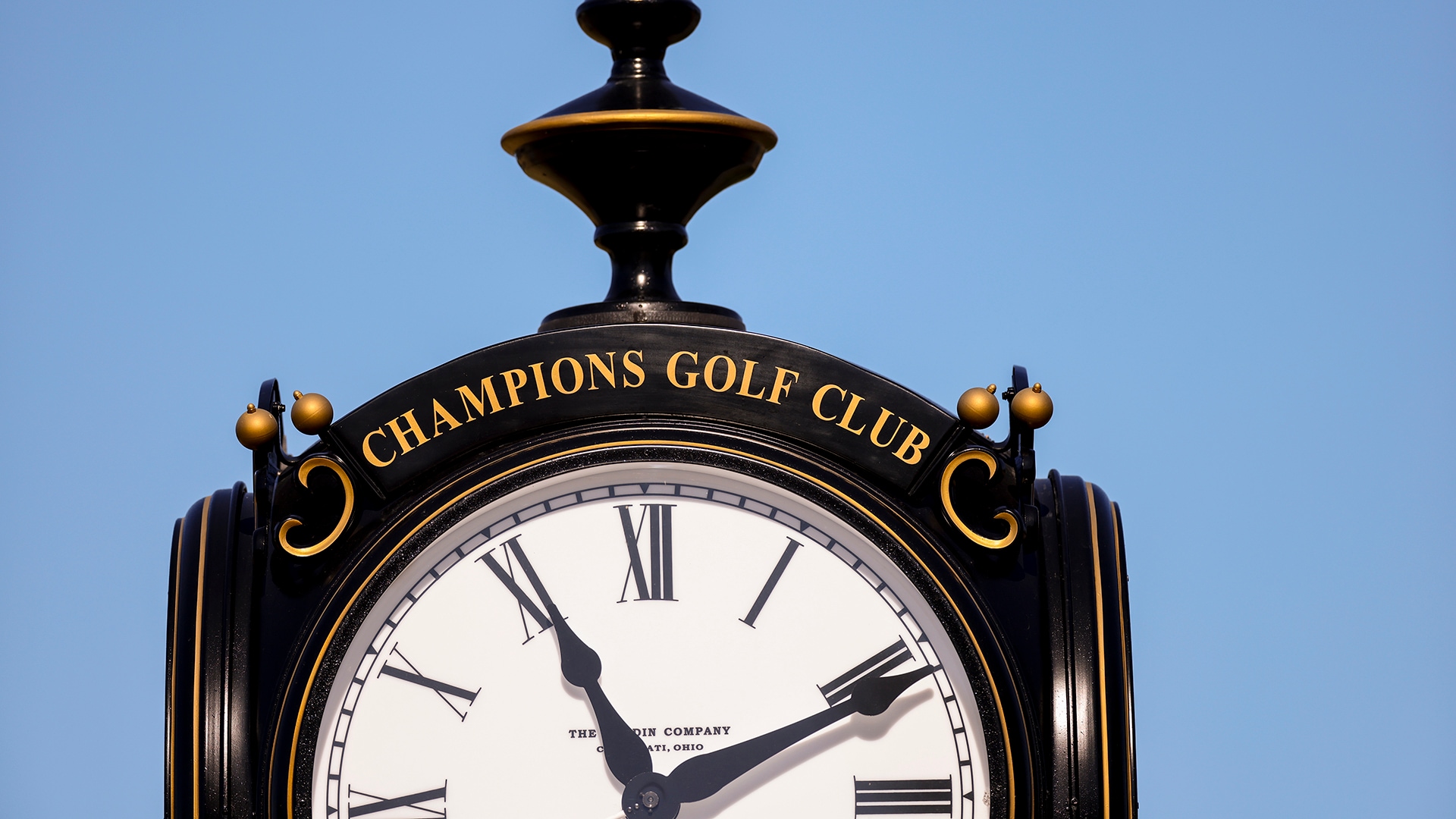 The 75th U.S. Women’s Open gets underway Thursday at Champions Golf Club in Houston, Texas, and it will certainly be a memorable one. The championship is not only celebrating its diamond jubilee, but it also marks the finale of golf’s major championships in 2020, as well as the first time the longest running major in the women’s game will be staged in December.

In what is also a first in Championship history, the USGA will utilize two courses for the first two rounds in an effort to battle limited daylight. On Thursday and Friday, the field will go off both the first and 10th tees on the Cypress Creek and Jackrabbit courses. The first groups will tee off at 9:20 a.m. CST, with the last groups teeing off at 11:32 a.m. Only the Cypress Creek Course will be played on the weekend. Sunset is expected around 5:20 p.m. in Houston.

The USGA is creative in crafting its championship tee times, often finding themes among the players it chooses to play together. The 2020 U.S. Women’s Open is no different. Here’s a look at some of the featured groups to keep an eye on:

In 2020, defending champion Lee6 has largely played on the KLPGA in her native Korea due to COVID-19. While she’s making just her fifth start of the season on the LPGA, she’ll look to build off the success she found playing at home, where she notched five top-10s so far this season. In her three prior starts at the U.S. Women’s Open, Lee6 has never finished outside the top 20. She’ll begin her title defense alongside Ruffels and Shibuno. Ruffels, the 2019 U.S. Women’s Amateur champion, nearly made history with back-to-back victories, but she lost to 2020 champion Rose Zhang. Ruffels is making her second U.S. Women’s Open appearance this week. Shibuno is making her U.S. Women’s Open debut in Houston, but the JLPGA star is certainly undaunted by firsts. Nicknamed “Smiling Cinderella”, Shibuno won in her first ever major championship start at the 2019 AIG Women’s Open. She arrives in Houston on form after back-to-back top-5s on the JLPGA.

As the LPGA winds into the penultimate event of the season, Thompson arrives in Houston looking to keep her winning streak alive. Thompson, an 11-time winner on the LPGA Tour, has won every year since 2013 but remains in search of a victory in 2020. She’ll be looking to build on the success she’s found in recent years at the U.S. Women’s Open, where she finished a career-best T-2 in 2019 at the Country Club of Charleston. This week, Thompson is making a remarkable 14th consecutive appearance at the U.S. Women’s Open, where she made history in her debut when at age 12 she became the youngest ever to qualify in 2007. At No. 3 in the Rolex Rankings, Korda is the top-ranked American in the field. This week, she is making her first start since withdrawing from the KPMG Women’s PGA Championship in October due to a back injury. She has four top-10s in 2020, including a runner-up finish at the ANA Inspiration where she lost in a playoff to champion Mirim Lee. Just a second-year member on the KLPGA, Lim is making her U.S. Women’s Open debut in Houston. She was a three-time winner in her rookie season on the KLPGA.

The three longest hitters on the LPGA are grouped together for the opening rounds in Houston. LPGA rookie Pagdanganan leads the tour in driving distance with an average of 284.7 yards. Van Dam sits at No. 2 with an average of 281.8. Fassi rounds out the top 3 with an average of 280.4. These long hitters will look to tackle the Jackrabbit Course on Thursday, the shorter of the two tracks, which will play 6,558 yards at a par 71. They’ll face the Cypress Creek Course on Friday, which will be set up at 6,731 yards and also play to a par 71. But they’ll need not only to rely on their distance but also accuracy to hoist the trophy on Sunday. In the last 15 years, winners of the U.S. Women’s Open have hit 75 percent of fairways en route to victory.

Here are the complete tee times and groupings: