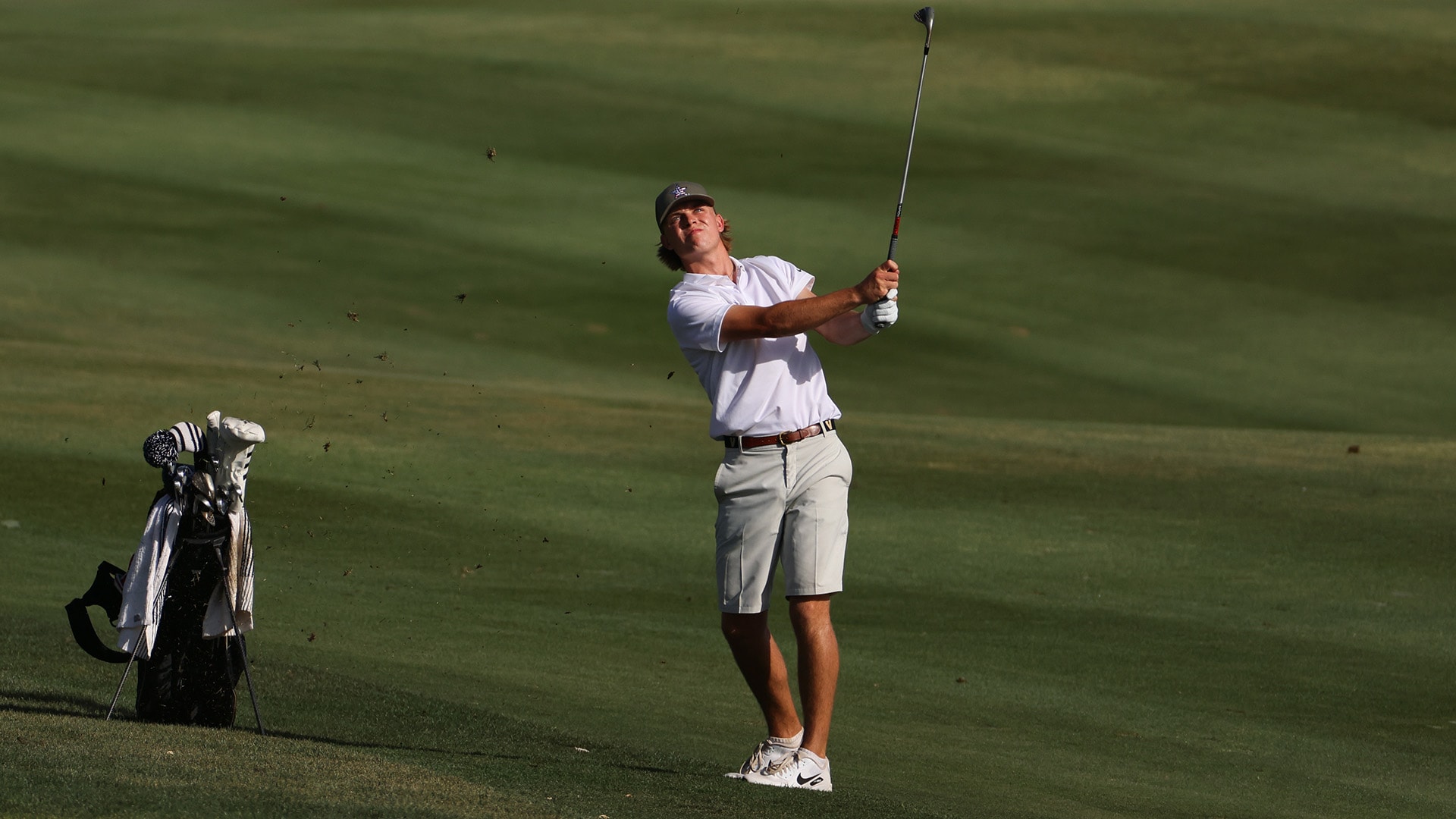 From a hole-out victory to a sudden-death playoff, the women’s semifinals at the East Lake Cup were littered with drama, but the Auburn Tigers made sure that wasn’t the case Wednesday when they throttled Texas A&M 5-0 in the final.

It was over early in Atlanta, as Auburn jumped out to big leads on the front nine and never looked back.

Casey Weidenfeld, who won the deciding playoff that sent the Tigers to the championship match, went out first in the final and defeated A&M’s Zoe Slaughter, 3 and 1.

“It was definitely nice to be up today, but after yesterday we all know things can flip,” Weidenfeld said after securing the point. “So I was just trying to maintain that lead and hold on to it with everything I had.”

Weidenfeld was the only Tiger to play the 17th hole Wednesday, with the other four matches closing no later than No. 16 and the largest margin of victory coming courtesy of Rachel Gourley’s 6-and-5 victory over A&M’s Hailee Cooper.

“These girls really never surprise me. They really dug in. They really wanted it,” Auburn head coach Melissa Luellen said after securing the win. “I can’t tell you how proud we all are of our young ladies: Casey, who closed it out yesterday and led us off today; Elena played awesome today, she was really in the zone; Rachel, she’s kind of struggled this week and she won pretty big. So, for our young girls to go one, two, three was pretty outstanding.”

It’s the first win of the season for the Auburn women, topping their previous best finish of second place at the Illini Women’s Invitational at Medinah earlier this month.

While the women’s championship was decided early Wednesday in Atlanta, the men of Arizona State and Vanderbilt had college golf fans on the edge of their seats with a battle that came down to the final hole.

It was ultimately the Commodores emerging with a 3-2 victory in what could be a look ahead to the National Championship at Grayhawk.

Arizona State’s Jose Luis Ballester and Vanderbilt’s William Moll were in the penultimate pairing and stepped to the 18th tee with the match tied and the East Lake Cup on the line. Both players hit poor tee shots on the final hole, but Ballester ended up so far left that he was in the 10th fairway with a clean look at a layup. Moll, however, was blocked out in the right trees and did well to advance his second shot over the water that runs through the middle of the par 5.

Both players would have good looks at birdie, but Ballester’s putt slid by the hole and Moll – who was 4 down through 10 – capitalized to secure the point, and the win, for Vanderbilt.

“I just never really gave up,” Moll said. “I had a big momentum putt on 10 to keep myself 4 down, and then I was able to hit some good shots on 11 and 12 and make back-to-back birdies. From there, 2 down with six holes left, you’re definitely still in it at that point. It’s definitely a big confidence boost. I was pretty nervous over that putt (on 18), but was able to knock it in and it feels awesome for the team.”

Vanderbilt’s first two points came from Reid Davenport and Matthew Riedel, with Riedel securing the most dominant victory of the day, 7 and 6, over Arizona State’s Ryggs Johnston.

It’s Vanderbilt’s second time to hoist the trophy at the East Lake Cup, having also won the prestigious event in 2017. 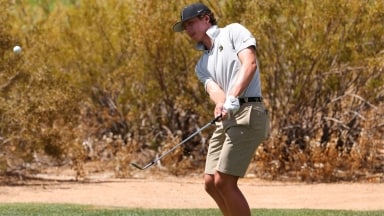 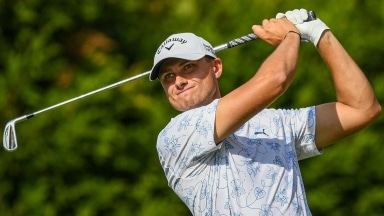