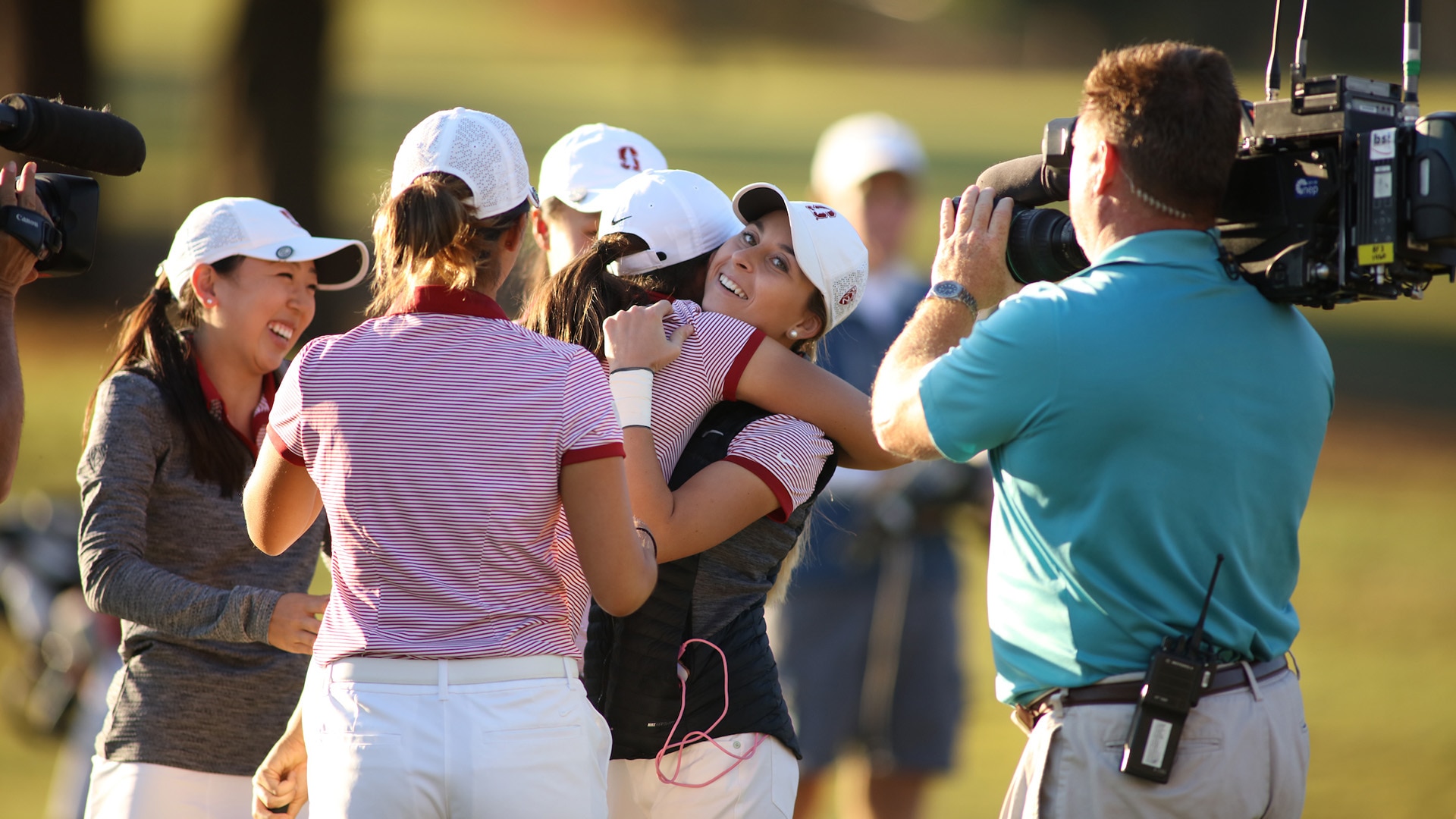 ATLANTA – No coach took the NCAA Championship loss as hard as Vanderbilt’s Scott Limbaugh. He was reduced to tears last May after his dominant, deep team was stunned in the semifinals.

“It took me a while to get that image out of my head of Matthias [Schwab] sitting next to his golf bag, knowing it had come down to him and ended,” Limbaugh said Tuesday. “That’s a tough image to let go of, based on how bad they wanted it.”

No coach would suggest that an East Lake Cup victory erases the memories of a crushing NCAA loss, of course, but the Commodores at least exacted some measure of revenge Tuesday, defeating Oregon, 4-1, to reach the championship match.

“They’ve had our number a little bit,” Limbaugh said. “But I’ve tried not to talk about that. If I’ve gotta rah-rah my guys to get up for that, then we’re not who I think we are.”

That was the theme Tuesday, as all four teams that lost in the semifinals in May won their match here at East Lake.

Meeting Vanderbilt in the East Lake Cup final is Illinois, which is looking to go 3-for-3 in the event that mirrors the format of the NCAA Championship, with a stroke-play qualifier followed by a match-play bracket.

“There’s not a huge secret to it,” Illini coach Mike Small said. “There’s not much science to it. You just have to go out and beat your guy.”

Just like at Rich Harvest Farms, Stanford and Arizona State went down to the final hole. In May, the Sun Devils flipped two late matches to deny the Cardinal an opportunity to compete in their third consecutive NCAA final. They couldn’t produce the same drama Tuesday, as Stanford’s Albane Valenzuela birdied the final two holes to earn the decisive point.

“It stung a lot in May,” Stanford coach Anne Walker said, “so at least we could get a little bit of revenge today.”

The Cardinal will face a familiar foe in the finals. Pac-12 rival Southern Cal easily disposed of Northwestern, 4-1.