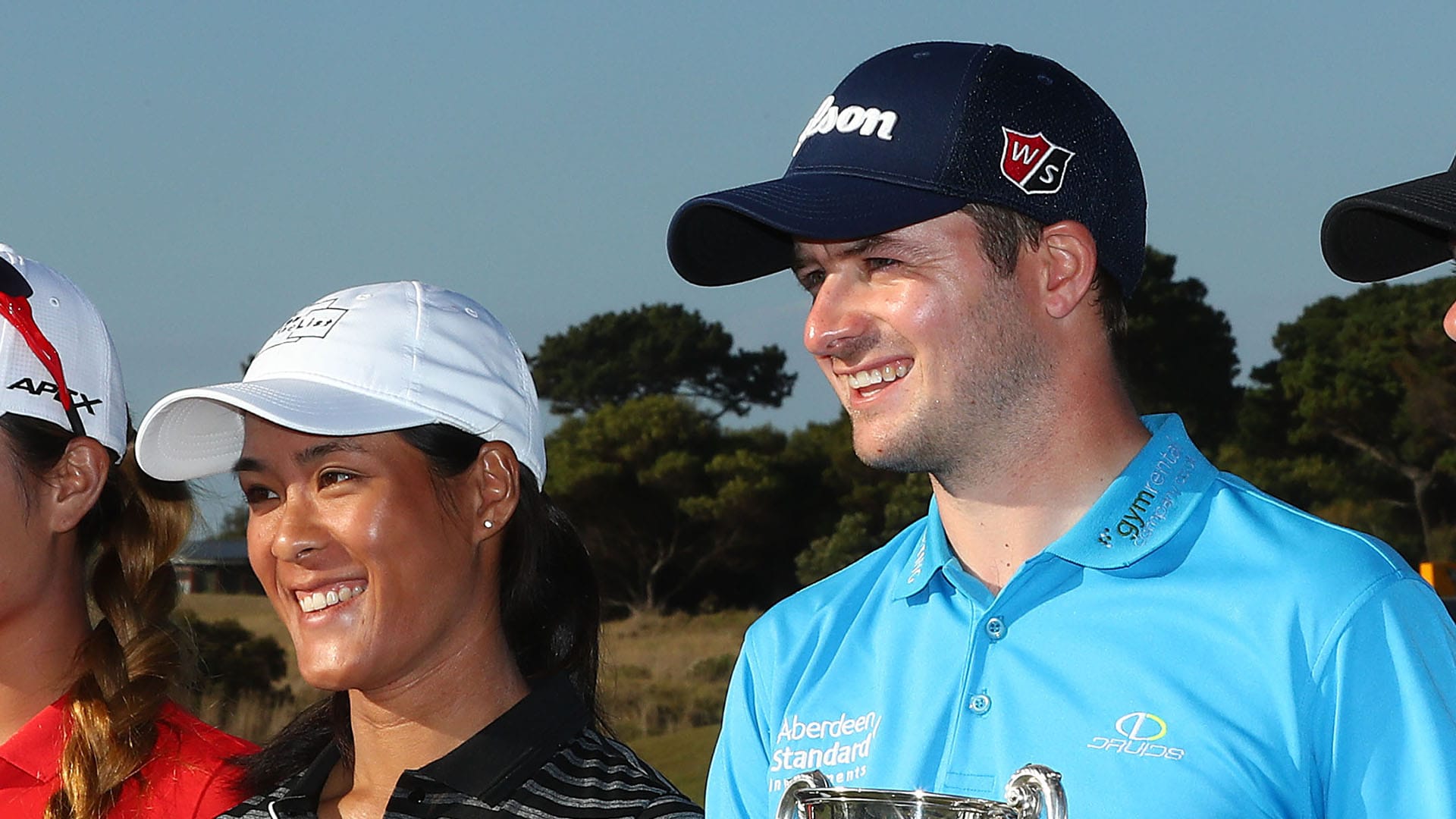 With the Vic Open all about breaking through barriers, Boutier and Law fit the theme.

Boutier, 25, was just the fourth player from France to win an LPGA title, the first in 16 years, since Patricia Meunier-Lebouc won the Kraft Nabisco in 2003.

“I'm super excited with the way I handled myself,” said Boutier, who played college golf at Duke. “It's not always easy to be able to get your first win.”

Law, 27, won in just his fifth start since earning European Tour membership after toiling on the Challenge Tour for five years.

“It’s massive,” he said. “For me, just being out here playing on the European Tour was enough.”

Boutier and Law hoisted their winning trophies together, accepted the same amount of prize money in their winning checks ($165,000) and jointly met the media in their post-round news conferences. They kept the special theme of the week going with men and women playing together on the same courses at the same time (with alternating tee times).

“They are getting the same in everything,” Golf Australia’s Female Pathways manager Stacey Peters told ABC of Australia. “They’ve got the same access to everything, whether it’s physio, the players’ lounge, the same invites. They are absolutely treated equally.”

They’ve been playing the Vic Open this way for eight years now, but this marked the first year the LPGA and the European Tour sanctioned the event. It also marked the first time the tournament was carried to television audiences globally. Golf Channel carried three hours in each of the first two rounds and six hours on both Saturday and Sunday. The event’s message was told to a larger audience this year.

“It makes a huge statement to the golf industry,” Christina Kim said.

“It could be a massive step toward more events like this,” Georgia Hall said.

“I’m thinking sport is somewhat a reflection of society and so if we are able to create more equality, at least on the course, hopefully, it’s a good example off the course of what people can do,” Woods said. “The thing about golf is it brings so many people together. You can play the same course together, the same tees. So, you have that form of equality, men and women in sport. It’s exciting to see the progress we’re making. Hopefully, it continues.”

The Vic Open looked and felt different than any other event in golf, with galleries walking in the fairways with players, some of them with their pet dogs on leashes. 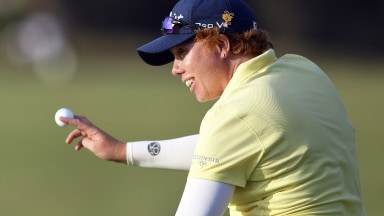