Viktor Hovland on final-round triple: 'I just suck at chipping' 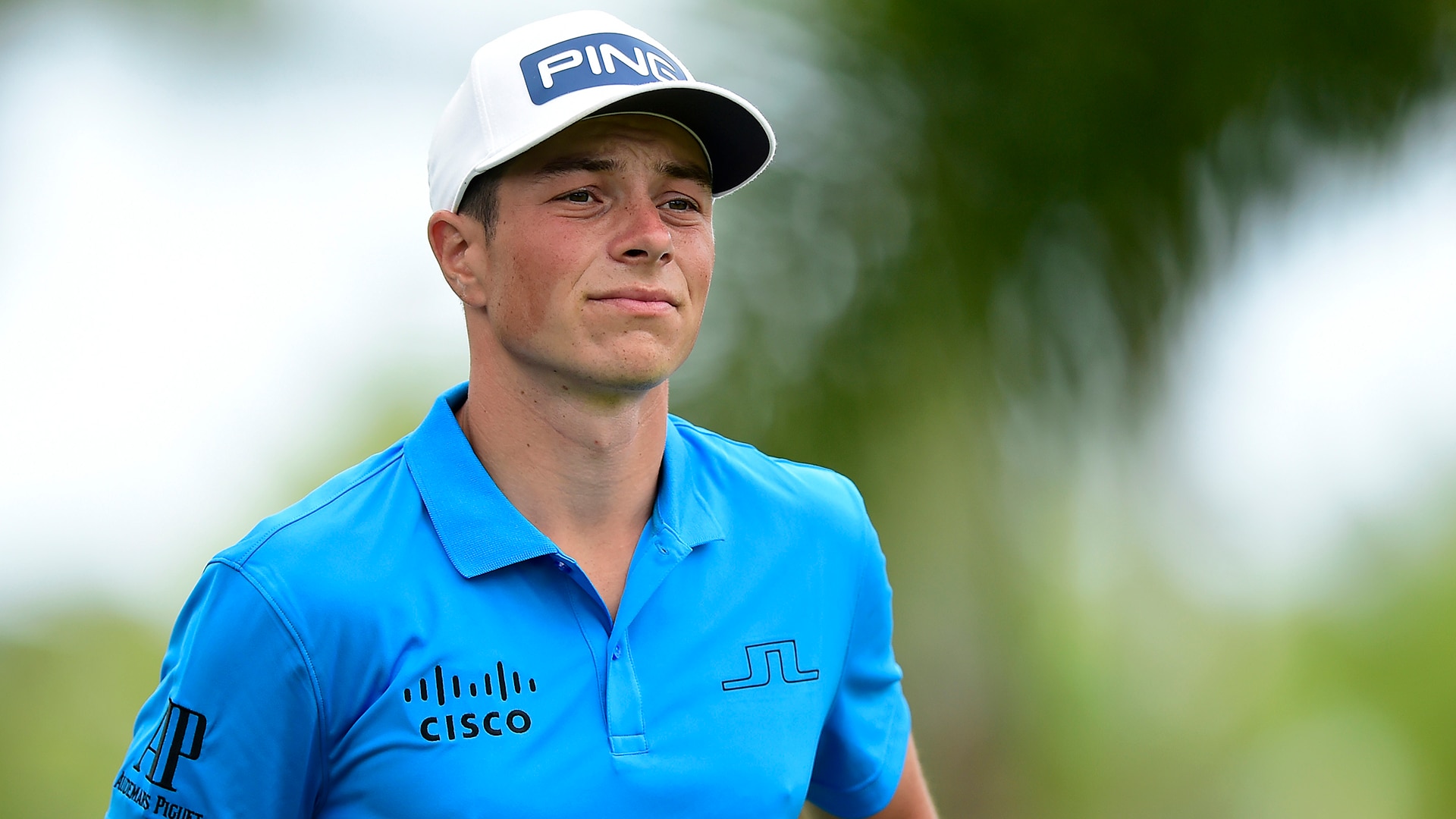 Moments after securing a breakthrough win at the Puerto Rico Open, Viktor Hovland offered the sort of candid assessment you might expect out of a 22-year-old.

Hovland was all smiles after burying a birdie putt on the final hole for a one-shot win in Puerto Rico, a victory that makes him exempt through 2022 and gets him into several marquee events. But it almost unraveled on the 11th hole, a seemingly innocuous par-3 where he missed the green while nursing a three-shot lead.

Hovland chunked a chip shot from near the cart path, then failed to reach the green again with his third. It added up to a triple bogey which erased his advantage and put his tournament chances in peril.

Hovland ranks 230th on Tour this season in strokes gained: around the green, and he didn't mince any words when asked about what went wrong on No. 11.

"I just suck at chipping," Hovland said. "I definitely need to work on my short game, and I was 100 percent exposed there on that hole."

Granted, it wasn't all a lost cause for Hovland around the greens. His prior advantage was in part because of a chip-in birdie on the 10th hole, and he bounced back in a big way with a chip-in eagle on No. 15 that put him back in the lead.

But the dreaded "other" was still on the card, as Hovland became just the fourth player to win on Tour since 2004 with a triple bogey or worse in the final round - joining a list that includes Kevin Na (2019 Shriners), Rickie Fowler (2019 Waste Management) and Keegan Bradley (2011 PGA Championship). 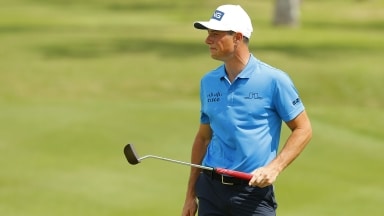 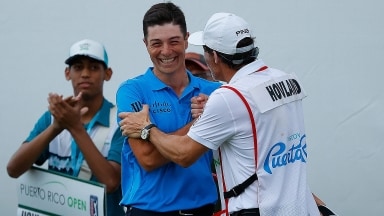 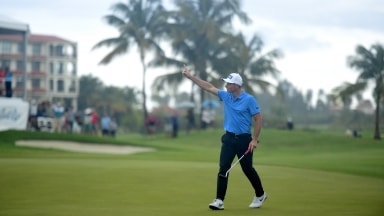