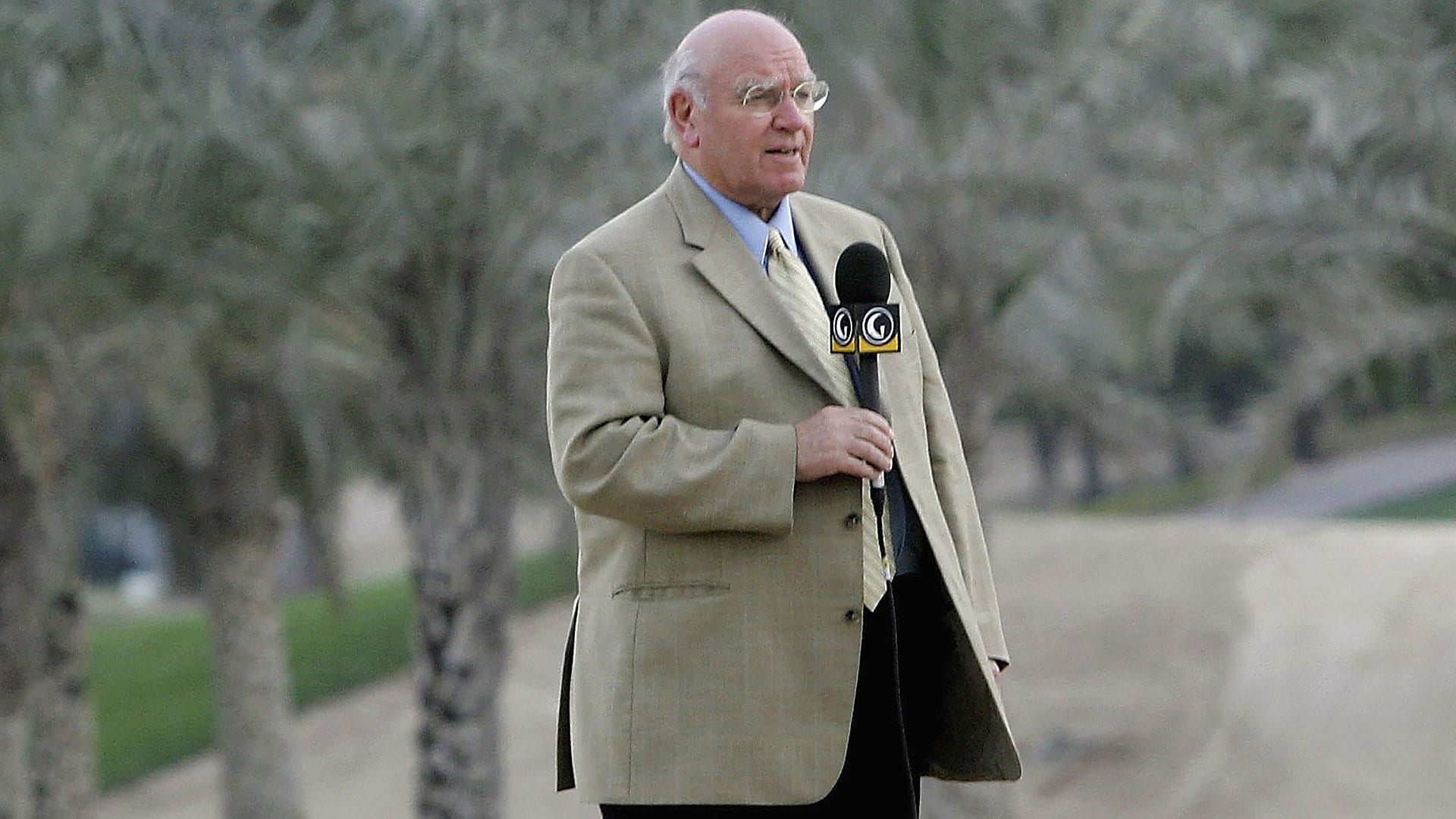 Renton Laidlaw, owner of one of golf’s most distinguished, trusted and recognizable voices has died at age 82. He was admitted to Ninewells Hospital in Dundee, Scotland on Saturday after testing positive for COVID-19, according to the Scotsman.

Laidlaw covered golf for nearly 60 years as a writer, reporter and broadcaster, beginning in 1957 at the Edinburgh Evening News. He later became the “Voice of the European Tour” as the lead host for tour coverage on Golf Channel. Laidlaw’s talents reached a broader, American audience as the fledgling channel showcased European Tour events upon its inception in 1995.

Laidlaw was born in 1939 in Edinburgh, Scotland, and after working for his hometown paper became a freelance writer for Reuters before moving on to television and radio. His voice was heard on several of Britain’s leading networks, including Scottish Television, Grampian TV, BBC and Sky Sports. During his early years as a television announcer he doubled as the golf writer for the London Evening Standard.

Laidlaw also served as the secretary of Great Britain’s Association of Golf Writers and was later the editor of the popular “Golfer’s Handbook,” the venerable annual that began in 1899.

“To be able to work in all these mediums is quite something,” Laidlaw said in 2019. “I’ve been able to somehow scratch my way through in papers, writing books, in radio and in television, which makes me a wee bit unusual.”

Although a prolific worker and traveler, Laidlaw spent most of his live living within 15 minutes of his beloved Old Course at St. Andrews. He covered 16 Ryder Cups and more than 130 majors. In 2014, he became the first non-American journalist to cover 40 consecutive Masters tournaments.

Laidlaw retired after the 2014 European Tour season and in 2019 was honored with a lifetime achievement award from the PGA of Europe. Having previously been honored by the PGA of Britain and the PGA of America, Laidlaw was awed by the recognition. “This completes the set,” he said. “I’ve achieved the hat trick.”