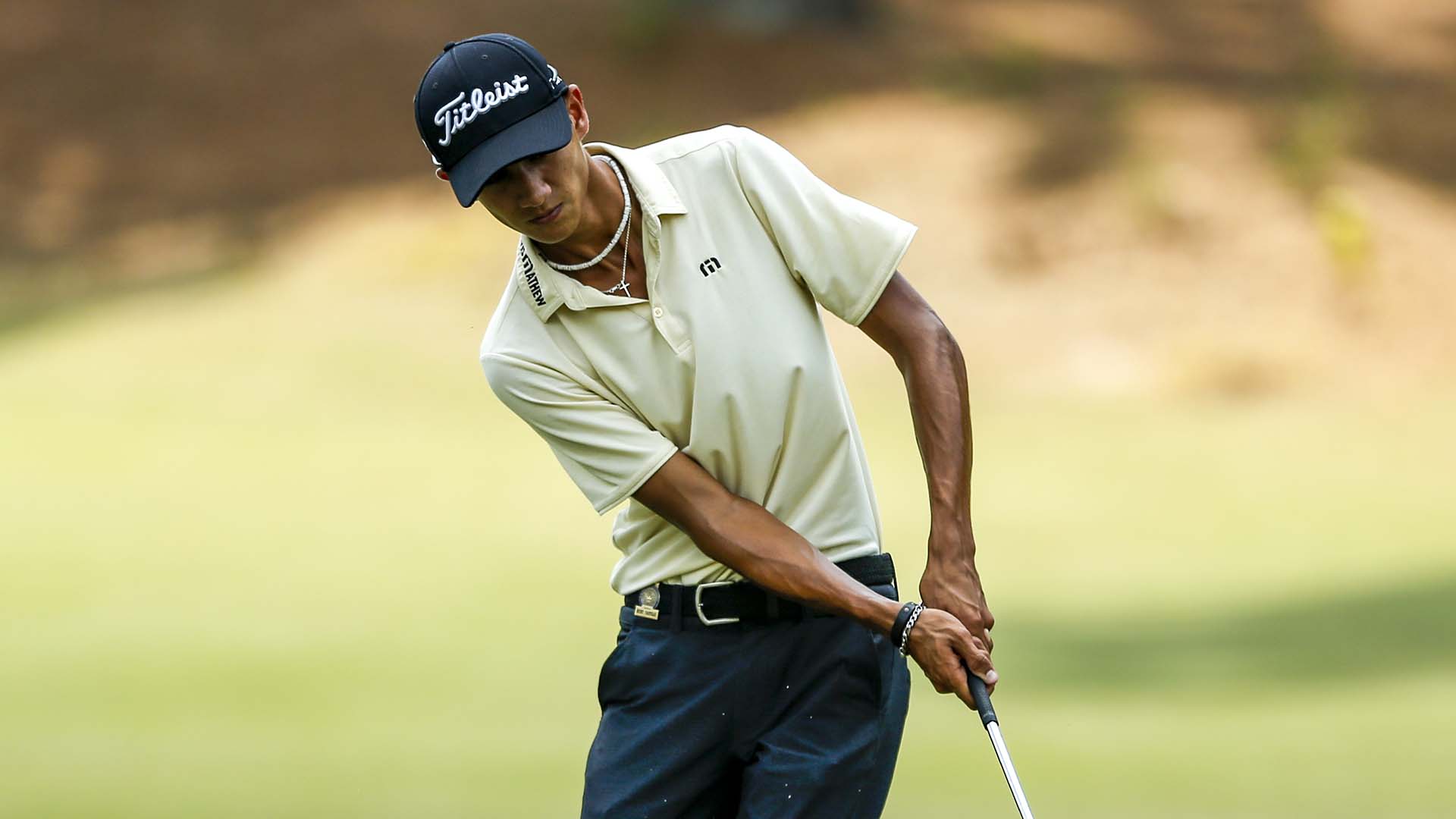 Each of the past three U.S. Walker Cup teams have featured zero junior players. This year, there could be two.

Akshay Bhatia has already secured his place on captain Nathaniel Crosby’s squad, and Ricky Castillo could soon join him. The incoming Florida freshman, a semifinalist at both the U.S. Junior and Western Amateur this summer and ranked ninth in the World Amateur Golf Ranking, finished stroke play at the U.S. Amateur in a tie for second at 2 under, easily advancing to Wednesday’s Round of 64 at Pinehurst No. 2.

The last time an American junior played in a Walker Cup was 2011, when two players who had yet to hit a college shot – Jordan Spieth and Patrick Rodgers – teed it up.

Seven players will be named to the squad Sunday after the conclusion of the final match at Pinehurst. The winner, if American, receives an automatic spot, and three players – Bhatia, Cole Hammer and Stewart Hagestad – have already been named to the team. Also, Stanford grad Brandon Wu wrapped up medalist honors Tuesday and figures to be a lock.

Most of the candidates to make the U.S. team advanced to match play, though two players who opened in 69 on No. 4 on Monday – Quade Cummins and Michael Thorbjornsen – shot 77 and 78, respectively, on No. 2 to miss the cut. Cummins’ body of work still warrants strong consideration, but Thorbjornsen’s chances likely ended Tuesday.

Here's a look at how the American contenders stack up after the completion of U.S. Amateur stroke play:

*-in playoff for final match-play berths