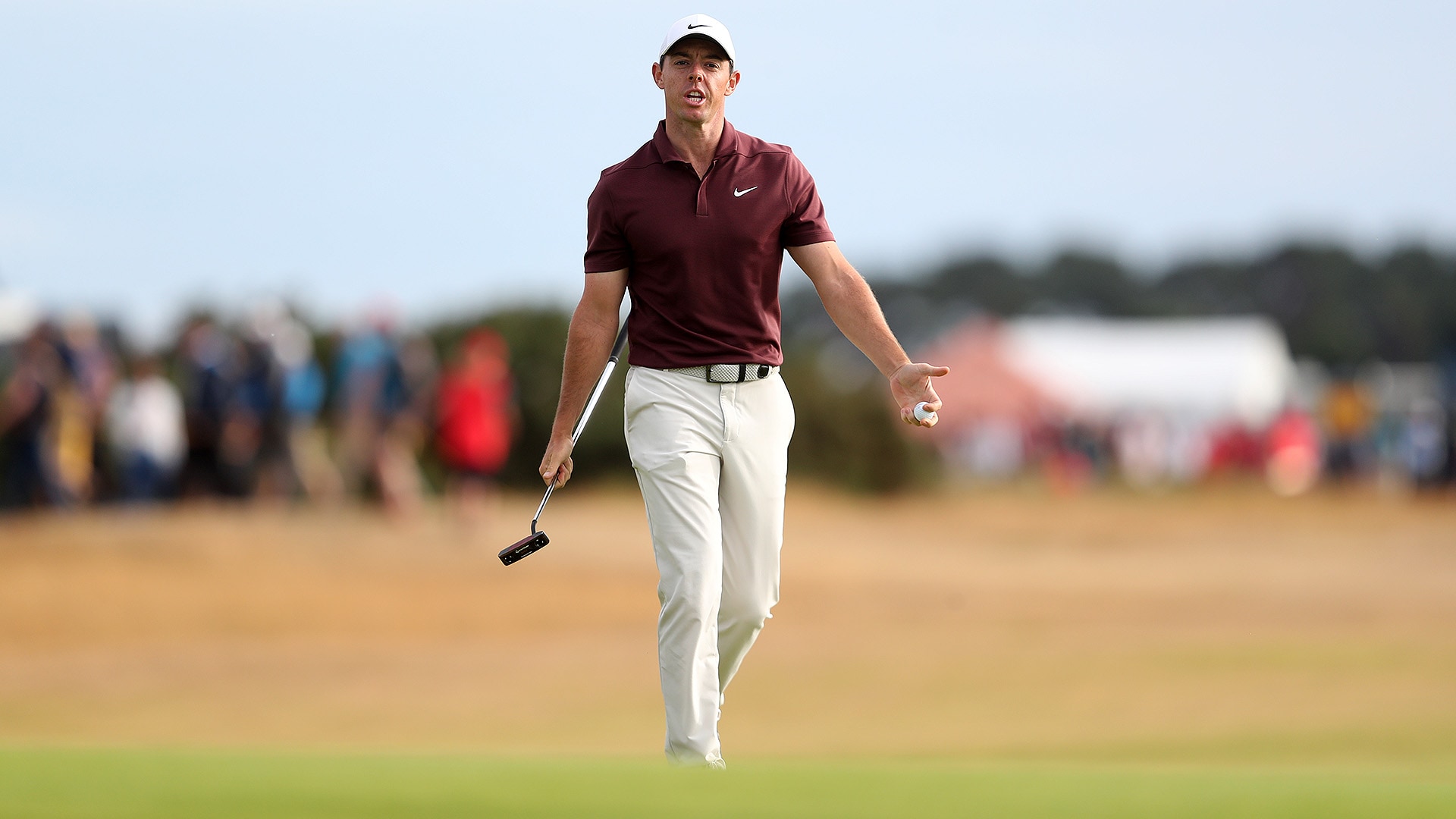 CARNOUSTIE, Scotland – Rory McIlroy bogeyed two of his last four holes Saturday to fall four shots off the lead at The Open.

One of those mistakes might not have entirely been his fault.

McIlroy missed a short putt on the par-3 16th after a photographer was “in a world all his own,” wandering around near the green, taking photos of the crowd and not paying attention to the action on the green.

“It’s fine,” McIlroy said after a third-round 70 put him at 5-under 208, four shots off the lead. “It’s one of those things that happens. There’s a lot of people out there, and it is what it is. It’s probably my fault, but I just didn’t regroup well after it happened.”

McIlroy also bogeyed the home hole, after driving into a fairway bunker, sending his second shot right of the green and failing to get up and down.

“I putted well,” he said. “I holed out when I needed to. I just need to make the birdies and try to limit the damage tomorrow.”