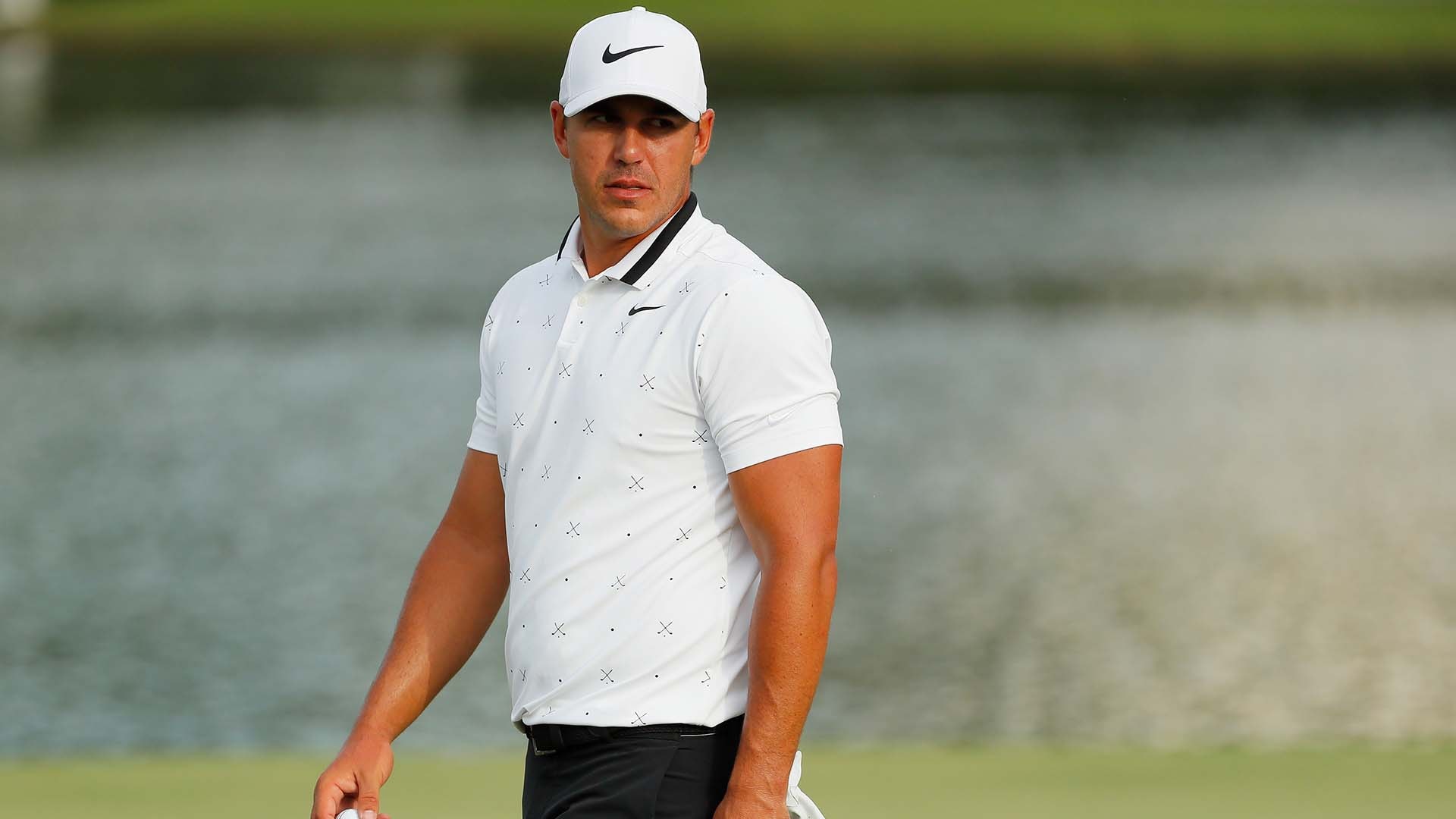 When will we see Brooks Koepka tee it up again?

While it is unknown when Koepka will return to action, the world No. 1 released a video Tuesday that shows him rehabbing his left knee with various weight and resistance training.

(Oh, and we can't forget to point out the "Puppies and Golf" T-shirt.)

"It’s been a journey these past 3 months rehabbing my knee but it’s coming along & I’m ready to get back out there healthy for a strong 2020," Koepka tweeted.

Koepka had stem-cell treatment done to the knee after the Tour Championship and re-injured it after slipping on wet concrete during the second round of the CJ Cup in October. He had to withdraw from the Presidents Cup earlier this month, saying, "I need more time to heal."

As a two-time winner this year, Koepka was eligible to play this week at Kapalua but opted to skip the Sentry Tournament of Champions. In 2019, he played the TOC and followed with starts in Abu Dhabi and Saudi Arabia before returning to Tour action at the WGC-Mexico in late February.

Koepka is again committed to play in Saudi Arabia in February, but hasn't confirmed whether he will be healthy enough.