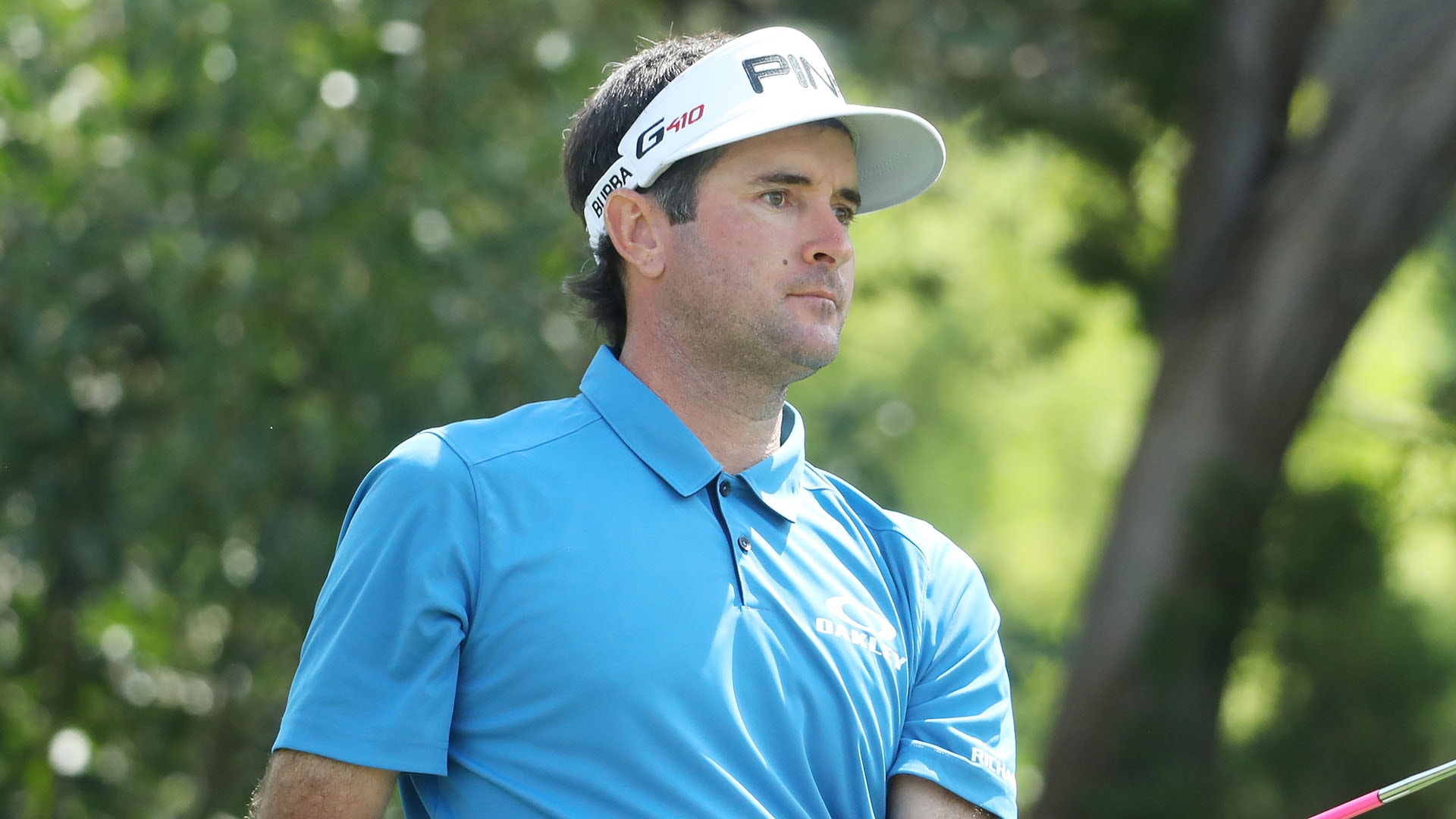 Bubba Watson's title defense at the WGC-Dell Technologies Match Play got off to a sandy start.

Watson was all square with Kevin Na in their opening-round match on Wednesday at Austin Country Club when Watson drove his tee shot into a greenside bunker at the par-4 18th hole.

What happened next was shocking. With Na laying up and hitting his second shot to 10 feet, Watson splashed out of the bunker but watched as his ball struggled to clear the lip and rolled back into his footprint. His next shot was even worse. But before Watson's ball could come to rest, he caught it and conceded the hole – and the match.

Arguably worse than Watson's bunker play was the way he exited the sand. Someone call the superintendent.