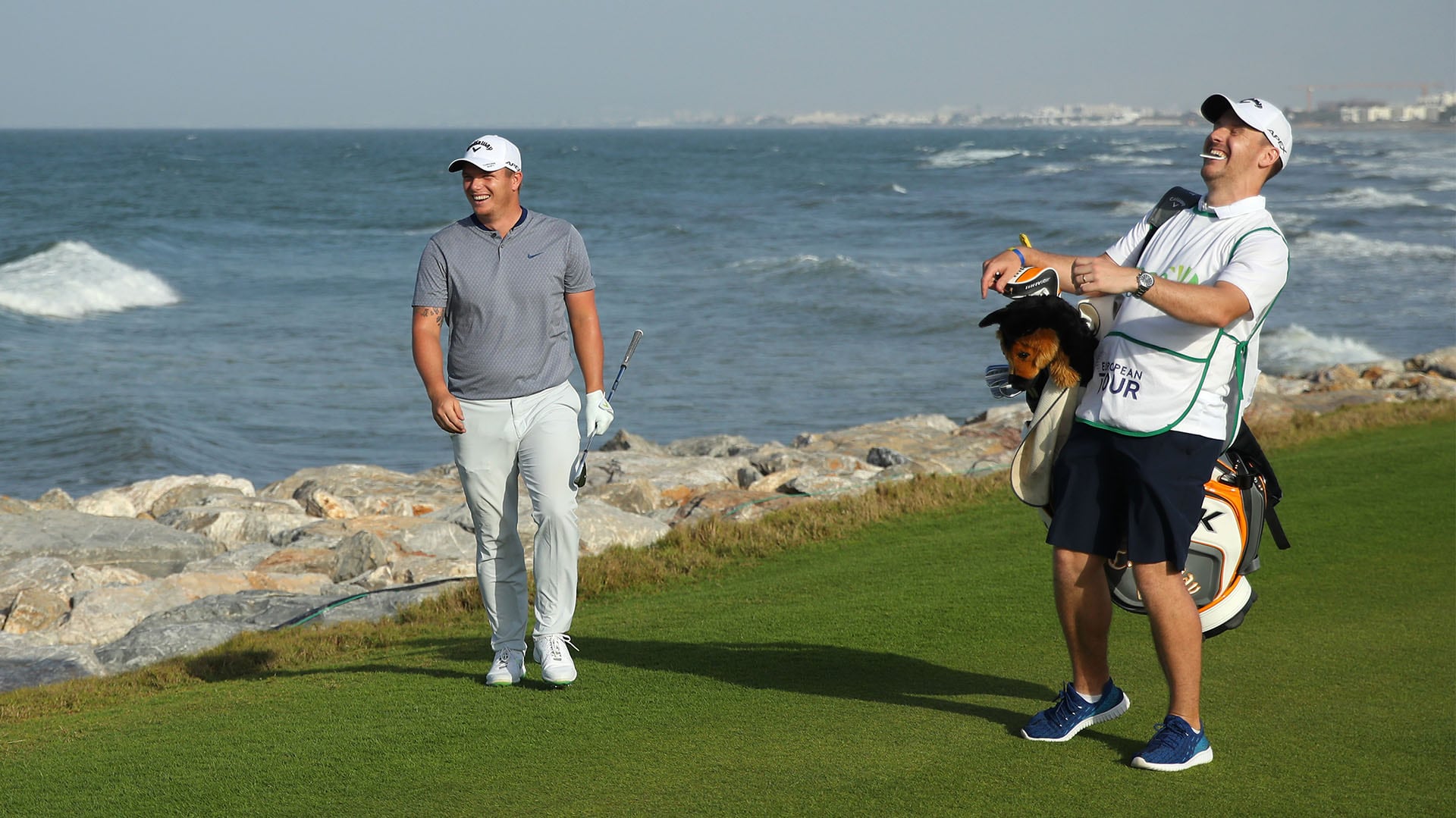 A terrible shot with a great result.

On the par-4 18th in the second round of the Oman Open, Callum Shinkwin found himself with a bad lie with the ball well below his feet on his second shot.

He hacked it out and the ball didn’t travel far in the air. Shinkwin's ball hit the rocks in the penalty area, then hit the rocks again and again.

Shinkwin is seen in the back of the video with his hands on his hips watching the action unfold.

His ball ended up in the grass in maybe the luckiest break ever, and he, his caddie and playing partners couldn't help but laugh.

Shinkwin went on to double bogey the final hole to shoot 2-under 70, which landed him tied for tenth place on the leaderboard going into the weekend in Oman. 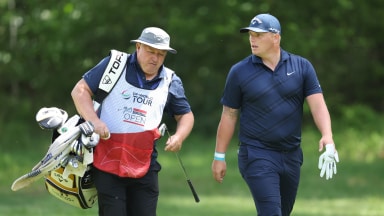 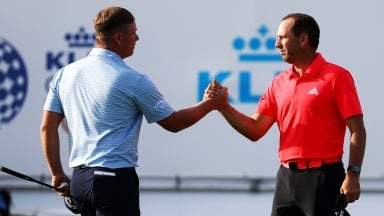 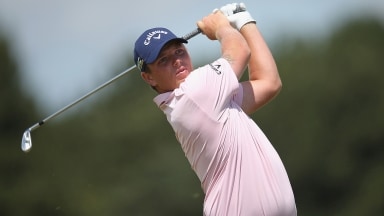