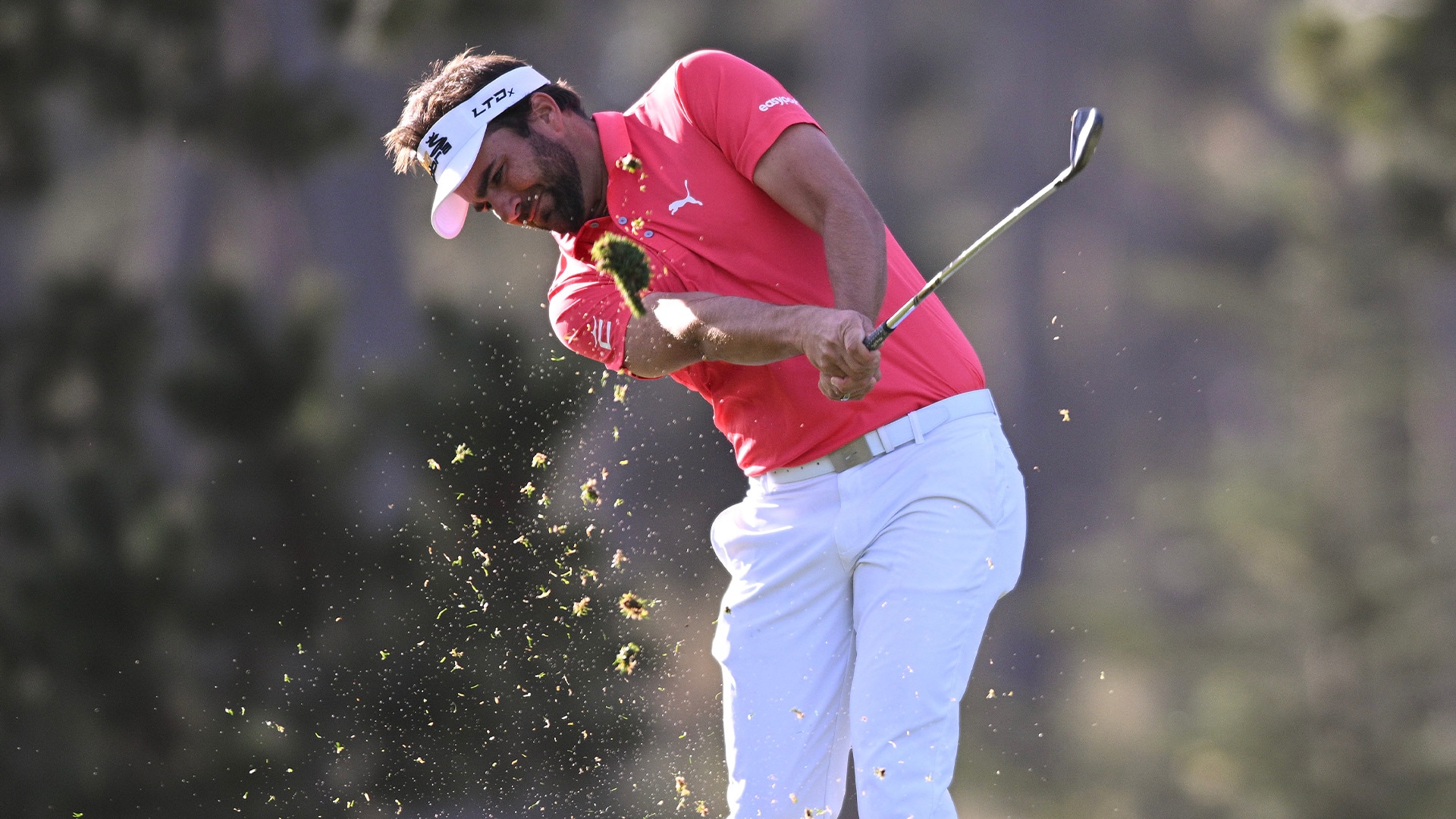 What better way to spend your vacation time than rooting on your big brother on the PGA Tour near home?

Lexi Thompson, who is in the midst of a six-week lull in her LPGA season, was following her older brother, Curtis Thompson, a Tour rookie, in Round 1 of the Honda Classic at PGA National. And after 14 holes, the world's 10th ranked women's player got the moment she'd been waiting for.

Curtis made the turn at 1 over but started to find his groove on the back nine. By the time he reached the par-4 sixth (his 15th hole), he had clawed back to 2 under, four shots off the lead, and his climb continued as he holed out for eagle from 204 yards. That was the sixth hole's first eagle since the event moved to PGA National in 2007.

Curtis, a former two-time All-American at LSU, kept little sis happy as he birdied the following hole with a 28-foot putt. But then he carded a bogey on No. 8 and a double on 9 to finish his round at even par, T-45.

"(PGA National is) a tough battle," he said. "I was doing pretty well up until the last couple of holes, but it is what it is."

Curtis has a lot of experience at PGA National, which is less than an hour away from the Thompsons’ hometown. In 2014, Lexi was in the gallery when Curtis earned his Korn Ferry Tour card there. He played on that tour until 2018. Then he regained his KFT card at Q-School in '19, got his Tour card last August and is now making a childhood dream a reality, just as Lexi and their older brother, Nicholas, who's made 228 Tour starts, have done.

"Obviously a little bigger stage [today]," Curtis said. "I have great memories here. I've been playing here since I was a kid, probably since 10 years old. It's a little more burnt out. It's a little faster golf course than when I played it, but still the same track. I love being here, love having my family out here. Hopefully, I can put a good week together." 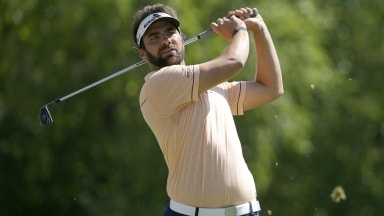 Curtis Thompson captured the Evans Scholars Invitational on Sunday, making birdie on the final hole for a closing 2-under 70. 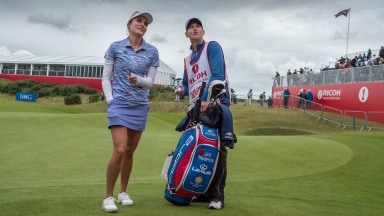 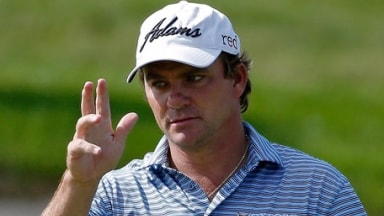 It’s tough to walk the course at the Web.com Tour Championship without running into a Thompson.